Sergio Perez says he and Red Bull team-mate Max Verstappen can behave like "grown-ups" after the team order controversy that erupted during Formula 1's Brazilian GP.

Perez was running in seventh place behind Verstappen when he was told that the Dutchman would move over on the final lap and cede the position to him.

The swap would have given him two extra points and put him clearly ahead of Ferrari's Charles Leclerc in the battle for second place in the world championship, with just one race to go.

PLUS: What Verstappen's team orders defiance says about Red Bull

Instead, Verstappen ignored a specific team order to let Perez through, telling the team that he "had his reasons".

Right after the race, both drivers were involved in a discussion with team boss Christian Horner and Red Bull advisor Helmut Marko.

Afterwards, Perez, who heads to the Abu Dhabi finale equal on points with Leclerc, declined to comment in any detail about what transpired.

"We will get all of that internally within the team and we will move on," he said when asked by Autosport for his opinion.

"Obviously, I am disappointed, especially after all I've done. But I'm sure we are all grown-ups and we will move forward as a team." 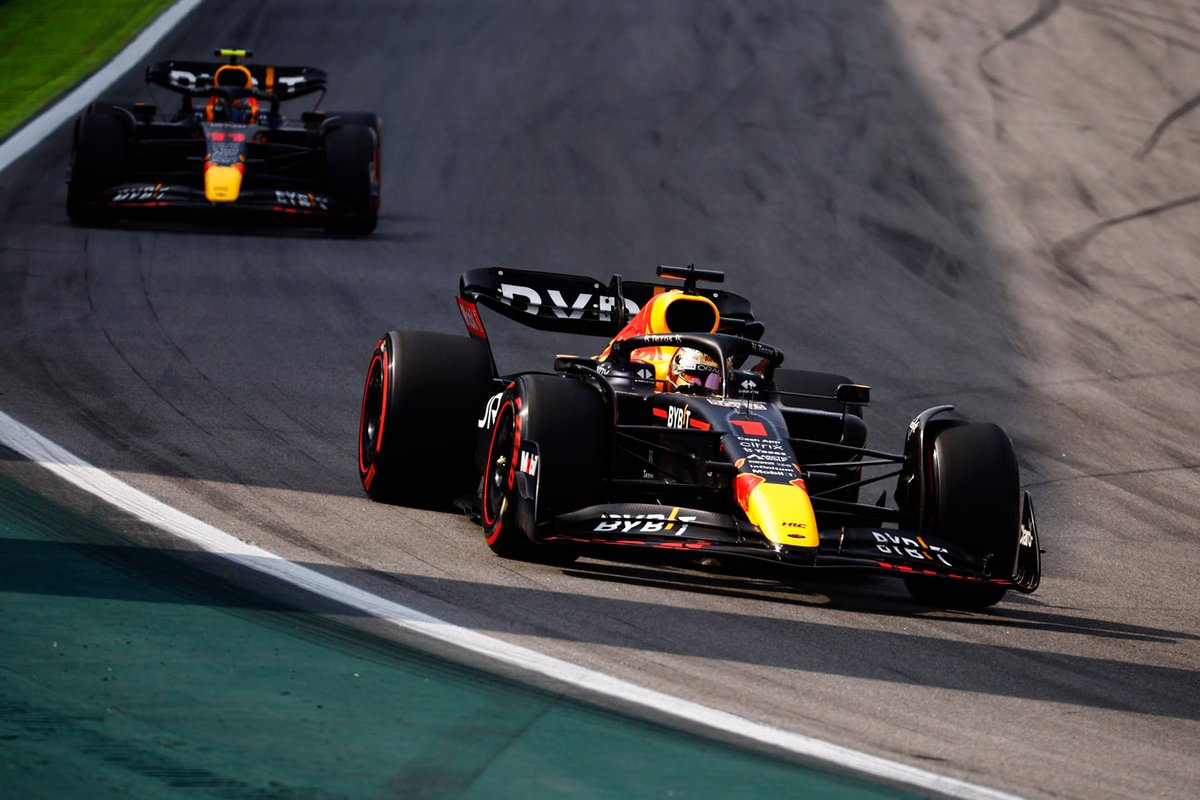 Reminded about previous occasions when he had helped Verstappen, he said: "Obviously, I've done a lot for him in the past, there's no secret about it. But as I say it's good to keep this discussion internally, and we move on as a team."

Perez was adamant that the situation has been resolved.

"Yeah, definitely. Otherwise, it makes no sense for me. It will be different not only in Abu Dhabi, but going forward. We will always put the team in front of our interests."

Perez had a difficult weekend in Brazil. He ran second behind eventual winner George Russell for much of the race but was caught on medium tyres for the safety car restart in the closing stages when rivals were on softs. He slipped from third in seventh in the final laps.

"Yeah, it just went from bad to worse you know, we had a really good first stint.

"The second stint was going well, but then the final stint was really, really bad, especially with the safety car it just ruined our race being on that medium at the restart, we have no grip, and we were just a passenger."

Regarding the battle with Leclerc in Abu Dhabi he said: "I think it's the one that finishes ahead, so it would be nice to do that."