Having been dropped by Racing Point, Perez is still waiting for a decision on whether Red Bull Racing will retain Alex Albon in 2021 or give him the seat.

Red Bull's management made it clear some time ago that it would wait until after the final race in Abu Dhabi, in order to give Albon the maximum opportunity to prove himself.

However, Perez says that he is not in a hurry to hear from the team given the time since it was announced that he would not be retained at Racing Point.

"I had congratulations messages pretty much from most of the team bosses in F1, including Helmut, so it was nice to have that," he said at Abu Dhabi on Thursday.

"And regarding any decision, I think what they say publicly is correct; they will make decision at some point after the weekend.

"I don't know when that decision will be, and there's not a lot of hurry anymore.

"It's the end of the year; we waited so long that now one week or two weeks more to know our decision, it doesn't change that much." 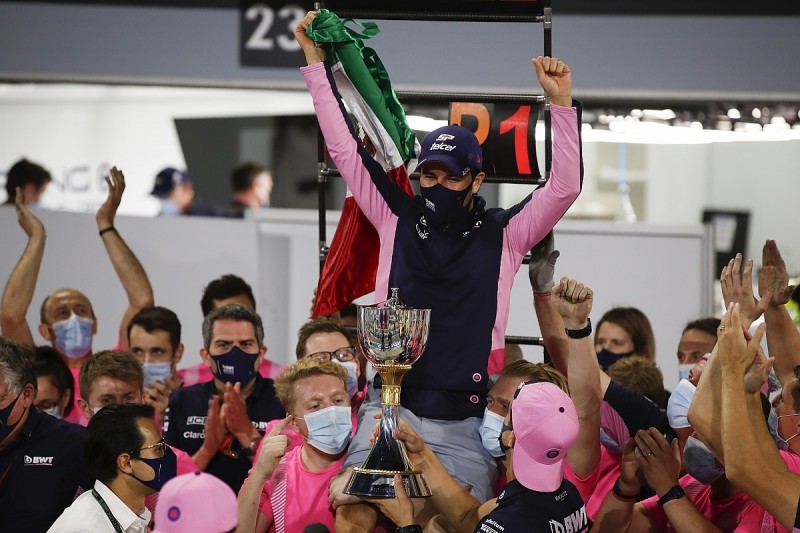 Perez says that his Sakhir Grand Prix victory does not change his perception over his career, and says that he has shown strong results "weekend after weekend" through his tenure in F1.

He also credited Racing Point for giving him a platform to show off his capabilities, and said that this year's RP20 has helped him to a "very strong year".

"I'm a strong believer in F1, one race doesn't really change your life," he said.

"What I've shown in the last 10 years, weekend after weekend, year by year, always having up and downs, but always coming to a year's end with strong results.

"My year has been very, very up and down, missing two races with the COVID in such a short championship.

"And missing an engine, when we had the podium in the pocket [in Bahrain]. So many missed opportunities, and still we're lying fourth in the drivers' championship.

"So it's been a very, very strong year, but also a lot of credit to the team, because they gave me a car this year with what I can show what I'm capable of. That's something very special."