Sergio Perez believes his Racing Point Formula 1 team is in for a "hard weekend" in Bahrain, as he feels the track is "exposing our limitations"

Perez was 14th in both practice sessions at the Sakhir venue on Friday, ending the day 1.870-seconds off the pace set by Ferrari's Sebastian Vettel in FP2.

"It's not the greatest day," Perez said. "I think the circuit is probably exposing our limitations more at the moment.

"We seem to be further away than we were in Melbourne. We are working hard, hopefully tonight we can pick up a couple of tenths, a good balance, and hopefully we can be a bit closer."

Perez said after Australia that Racing Point had not yet achieved the expected performance boost from the update package it had prepared for the start of the 2019 season.

When asked by Autosport on Friday whether he expected to unlock a lot more laptime from the RP19 for qualifying and the race, Perez said: "No, I don't think we have a lot of time in the pocket.

We will see tonight if there is anything we can do."

Perez made the Q3 shoot-out in Melbourne, but reckons a repeat is unlikely in round two.

"I don't expect us to be in Q3 tomorrow, unless like in Melbourne most of the teams get it wrong and then we can be there," he said.

"[Making Q2] will be difficult. We really need to put everything together in Q1, if we want to make it into Q2, and then as well a perfect Q2 to be able to be there." 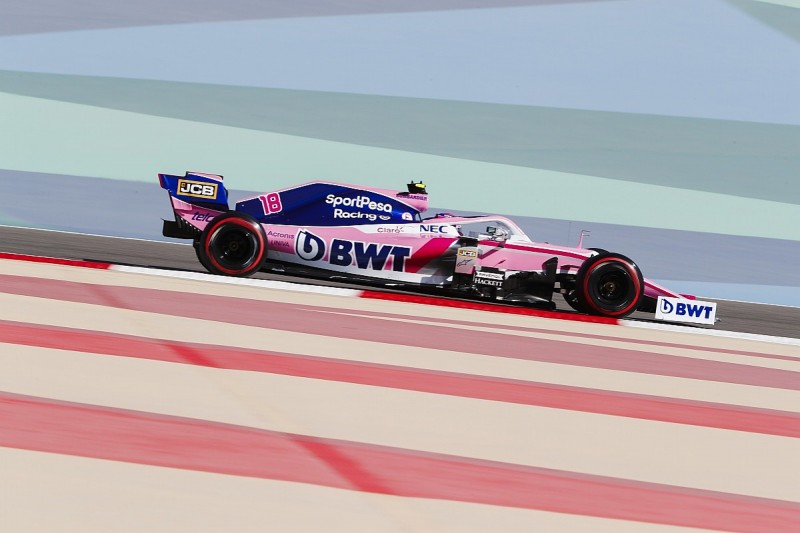 "[The car] needs some work," Stroll said. "It's very competitive in that midfield, so we'll look for some speed tonight and come back in better form tomorrow.

"We need some speed, there's no doubt. It's tricky at the moment, to get into the top 10, that's for sure, looking at the timesheets."

The Canadian was 18th in FP1 and 17th in FP2, and his programme disrupted by a crash in the first session - as he spun exiting Turn 4 and tapped the inside barrier with his front wing.

"Just got on the power a little bit early," he explained. "First run, but every run counts."