Sergio Perez thinks there is no point in speaking to his Red Bull Formula 1 bosses about potential team orders in his home Mexican Grand Prix until the eve of the race.

While Perez has a golden chance to grab a victory that would delight the local crowd, he is well aware that Red Bull’s priority will be in ensuring his team-mate Max Verstappen maximises his points.

One potential scenario is that Perez could be leading the race from Verstappen on Sunday, before being told to move aside and let the second car through.

Such a move would be tough to accept for Perez and his fans, but fully understandable from the world championship perspective.

Perez is well aware of the intrigue surrounding such circumstances coming to life, but says it is not something that needs to be talked about with Red Bull until much closer to the race.

“I don't see much point in discussing that now,” he said. “I think probably we will see where we are on Saturday and if it's worthwhile having that conversation.

“Right now, there's no guarantee that we're going to be in that position. I think it will be a great problem to have as a team. But right now, we haven't discussed anything.” 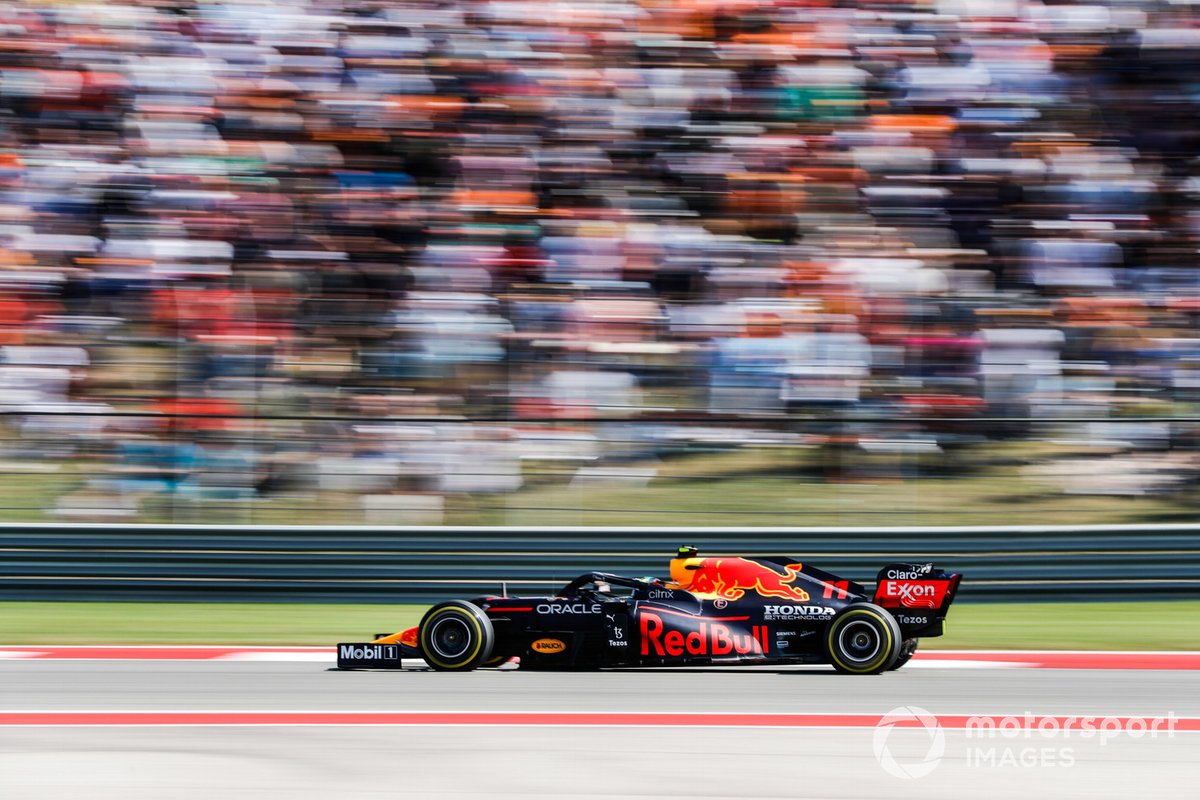 Although Red Bull will do all it can to ensure Verstappen extends his lead in the world championship, Perez has faith that the outfit is fully behind his own victory ambitions.

"I'm pretty sure that the whole team, Red Bull, everyone wants me to win this weekend,” he said.

“I think everyone is so enthusiastic, everyone at my team, the crowd. You know, it's a very special venue for us. And yeah, it's a very intense fight.

“We'll see through the race, but I'm pretty sure that everyone in the team...if there's a race they want me to win, it's this one, so I am sure I have full support from everyone in my team.”

Verstappen’s former teammate Daniel Ricciardo has suggested that if he was asked to move over and sacrifice a home win, he would refuse.

“Right now my answer is no, I would not,” said the McLaren driver. “If it was the last race of the season and that position swap literally meant the world title or not, then maybe that's a more complex decision making process.

“But I mean a home win, that's like the thing that you dream of as a kid. If obviously you've earned it on track, then yeah, I feel like it should be yours for the taking.”