Sergio Perez believes limited Formula 1 practice and testing opportunities contributed to his “slow adaptation” to Red Bull’s car, which was a “very different philosophy” to what he previously drove.

The Mexican driver initially struggled to get to grips with the Red Bull RB16B car, which is known for requiring a very aggressive driving style, but he scored his second F1 win in Azerbaijan.

Perez finished the season strongly with podiums in Turkey, the United States and Mexico, and played a critical role in holding up Verstappen’s title rival, Lewis Hamilton, in the Abu Dhabi championship decider.

Reflecting on his first season with Red Bull, Perez explained how the vastly different car philosophy and lack of pre-season test running - cut to just three days in total for all teams last year - made it hard to adjust quickly.

“We have to take it into account, the fact I came to a very different philosophy of car that I’ve been driving all my career,” Perez said.

“So I think in that aspect, it has been a slow adaptation. But yeah, just a very different car, very different engine, so a lot of things to learn with a new team and no testing basically.

“So [there are] many aspects that have to be considered, but all in all, I think it’s been a promising season. Obviously I would have hoped for more, but yeah, it is what it is.

“I just have to keep pushing. We’ve had some positive days, we’ve had some negative ones. But we will only get stronger as a team the longer we are together.” 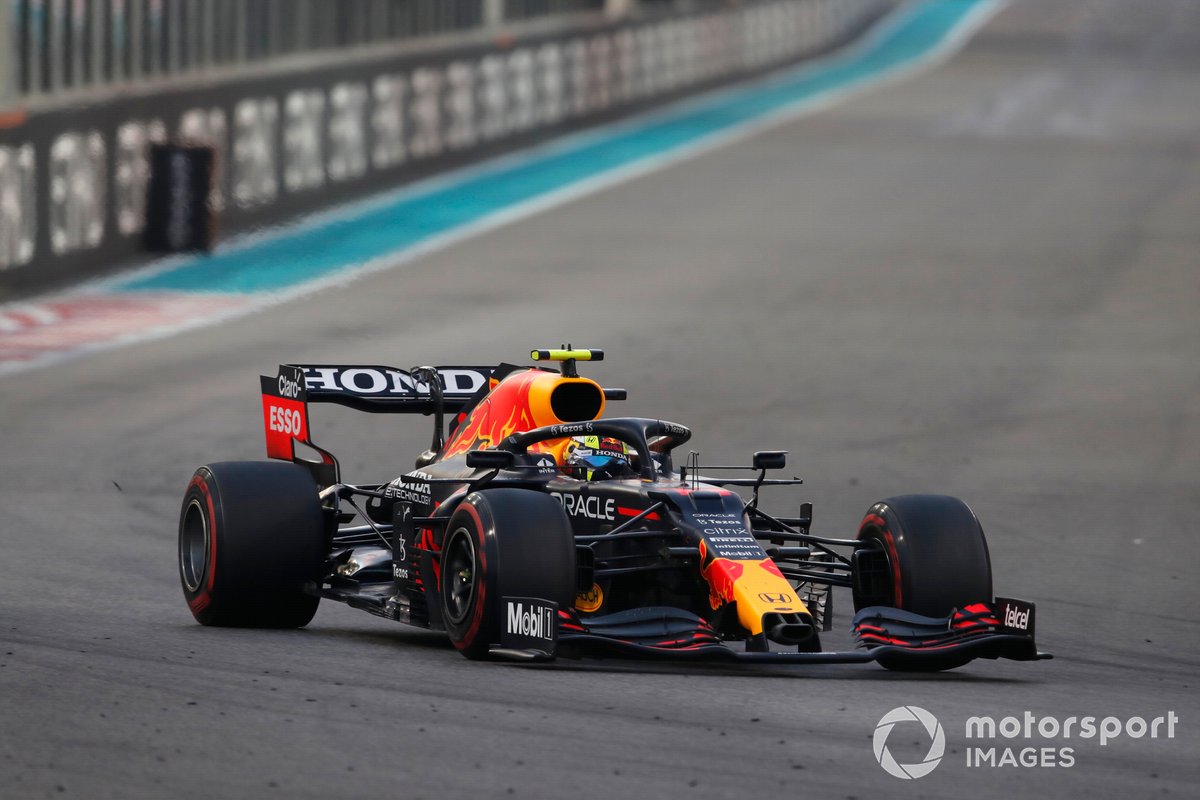 Perez was rewarded for his performance last year with a new contract for 2022 that was signed back in August, ensuring the team had continuity heading into the coming season.

This year will see teams enjoy more pre-season test running - up from three to six days - in order to adjust to the overhauled technical regulations for the new season.

It will give Perez more time to get to grips with the 2022-spec Red Bull, having also faced the challenge of less practice time last year compared to previous seasons due to the reduction of Friday sessions from 90 to 60 minutes.

“It will sound weird, but I lack time,” Perez said.

“So it just being such a different car that I went to probably made it a bit harder. I’m not alone here. I think we’ve seen other very good drivers struggle to get on top of their cars.”