Sergio Perez felt disappointed after qualifying fourth for the Formula 1 Portuguese Grand Prix on Saturday, saying a lack of confidence due to the track conditions was “a big killer”.

In his third qualifying outing for Red Bull, Perez finished fourth in Q3 at Portimao and just 0.144 seconds off team-mate Max Verstappen in third place.

But the Mexican driver reported similar struggles to Verstappen after qualifying, encountering a lack of balance on the low-grip Portimao surface, highlighted by a spin at Turn 4 in Q1.

Perez explained after qualifying that he was not happy with the progression he had made as the weekend had gone on, and was not feeling comfortable with the car.

“I’m not very pleased with the progression I’ve had over the weekend,” Perez said.

“I mainly did the same lap time as P1, so there is a lot to understand, and go through it. I didn’t feel comfortable with the car at all. 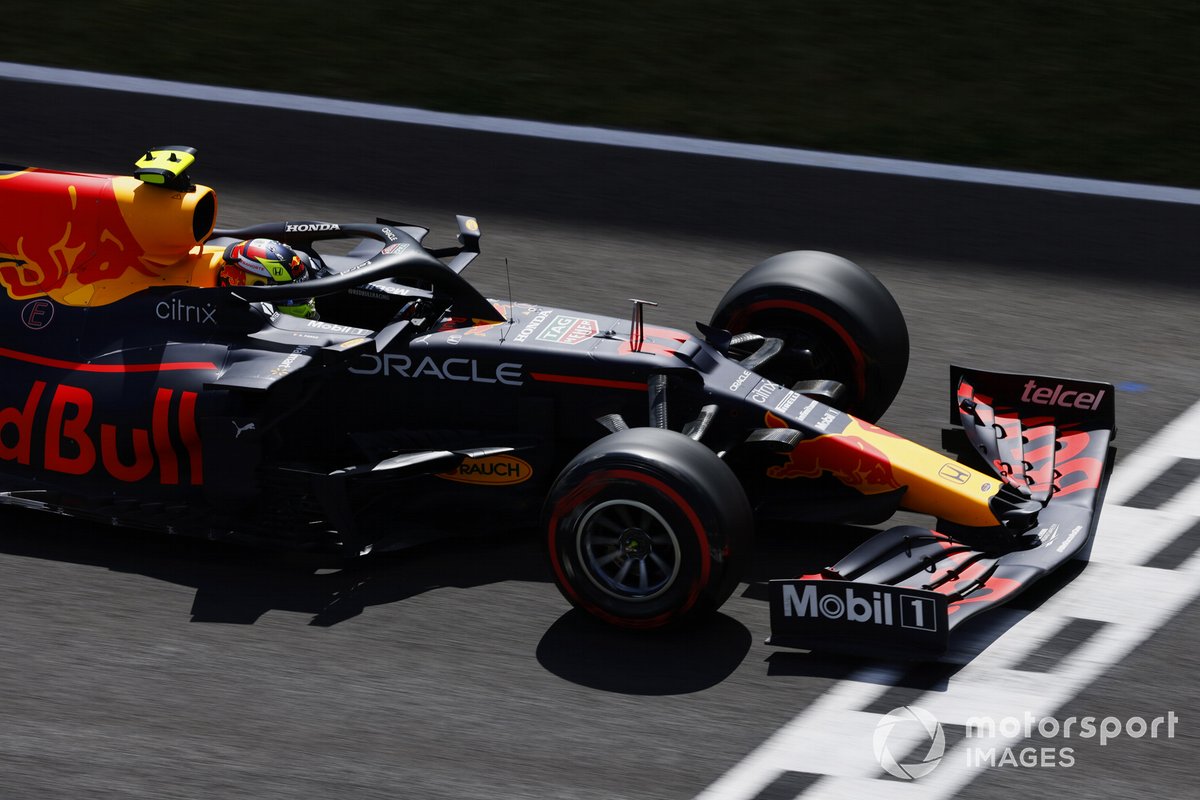 “It’s a very tricky track, where not having that confidence in Portimao, it’s a big killer. Conditions were tricky as well, so yeah, we just have to go through it and see what we are able to do better for the next time.

“My theoretical lap time could have been really good, but I was just not able to put the final sector together in that soft run.

“It was pretty bad, and in hindsight, probably the medium was a better option.”

Perez failed to make it through to Q3 on debut for Red Bull in Bahrain, but qualified a superb second at Imola two weeks ago, resigning Verstappen to his first outright intra-team defeat in qualifying since 2018.

Perez said at the start of the year he thought it would take him around five races to get up to speed with the Red Bull car, which has proven difficult to tame for the second driver in recent years.

He explained how the difficult track conditions at Portimao had taken him back to a similar feeling he had on debut in Bahrain when he was less familiar with the RB16B car.

“It’s comparable to Bahrain, but Bahrain was my first weekend,” Perez said.

“It was never as bad, but Imola obviously, it’s a very different track. Imola was a lot better, come qualifying, I was able to do the progression.

“There are some fundamentals that I lacked today on my tyres, just not getting the maximum out of them. Theoretically I can do a great lap, sectors here and there, but just not being able to put it together at the right time.

“We tried everything in qualifying, we tried a warm-up lap, out-push and so on, but nothing really worked. But anyway, I assume most of the grid are in this boat, even the Mercs.

“You saw Hamilton, the amazing lap he did on the mediums in Q2. It’s a tricky qualifying, and tricky weekend. I did the same lap time I think as in practice one. So this is a unique place.”