Sergio Perez is 'heartbroken' at taking legal action against Force India and its owner Vijay Mallya, but says it was necessary to save the Formula 1 team from going bust

Force India went into administration on Friday, following legal action led by Perez, which was supported by Mercedes and Force India sponsor BWT.

Although Perez is owed money by Force India, he says his principal motivation is to safeguard the team's future, not recover the debts he is owed.

"I end up in a very difficult situation," said Perez. "The last month or so has been extremely tough for me, with the situation our team was [in], and I end up in the middle.

"We got to a point where action had to be taken, to protect the 400 people that work in the team.

"I should not really like to be involved in this because at the end of the day I'm just a driver, but it got too much and I was asked by a couple of members of the team to go ahead and save the team.

"There was a winding up petition from another customer, which would have closed down the team completely.

"Therefore, I was asked to basically save the team - to pull the trigger and put the team into administration.

"It has nothing to do with my outstanding amounts. The only reason I've done it is to save the team, and for the better future of the team.

"It was extremely hard, emotionally and mentally. It's really tough. I haven't been able to focus on my driving.

"I don't really understand all the terms with the lawyers, but certainly the bottom line of this is that we either do this or the team will have gone bust." 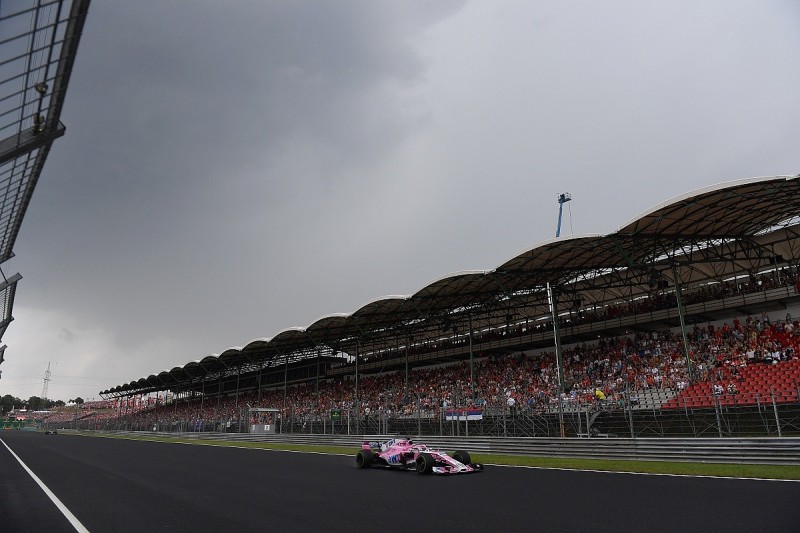 Perez's legal move has taken away control of any potential sale of the team from Mallya and the holding company Orange India Holdings Sarl, and has also prevented Force India being 'wound up' following that separate legal action that was due to be heard on Wednesday.

Perez has not yet spoken to Mallya about the situation, but hopes "my friend gets a good benefit" from the next steps of the process as the team seeks new ownership.

"Personally, I love Vijay," Perez added. "My heart is really broken because I know this is not ideal in the short-term for him.

"The team was not sustainable anymore, so when I was basically a guy who could do something for the team, I had to do it.

"We were not a racing team since the beginning of January. I will be happy if we can get the whole group together and hopefully be happy and focused.

"I look to hopefully have a team that is more stable and can go to the next level and can be a racing team [again]."