The Mexican triumphed at the Marina Bay circuit on Sunday, despite a stewards investigation and subsequent five-second penalty and reprimand for two incidents where he left too big a gap behind the safety car ahead of two restarts.

The rules stipulate that drivers cannot drop more than 10 car lengths back from the safety car before the lights are turned off – something Perez appeared to have done.

But rather than it being a deliberate tactic to give himself more space, Perez said the situation was complicated by the excessive speed differential between the F1 cars and the safety car – especially on the tricky damp track.

“But I think these conditions are not normal. It's fully understandable that the conditions that we were in, and we were facing, especially in the final sector, were super tricky.

“So yeah, I do expect no further action in that, as the stewards were pleased with my explanation, and they understood it.” 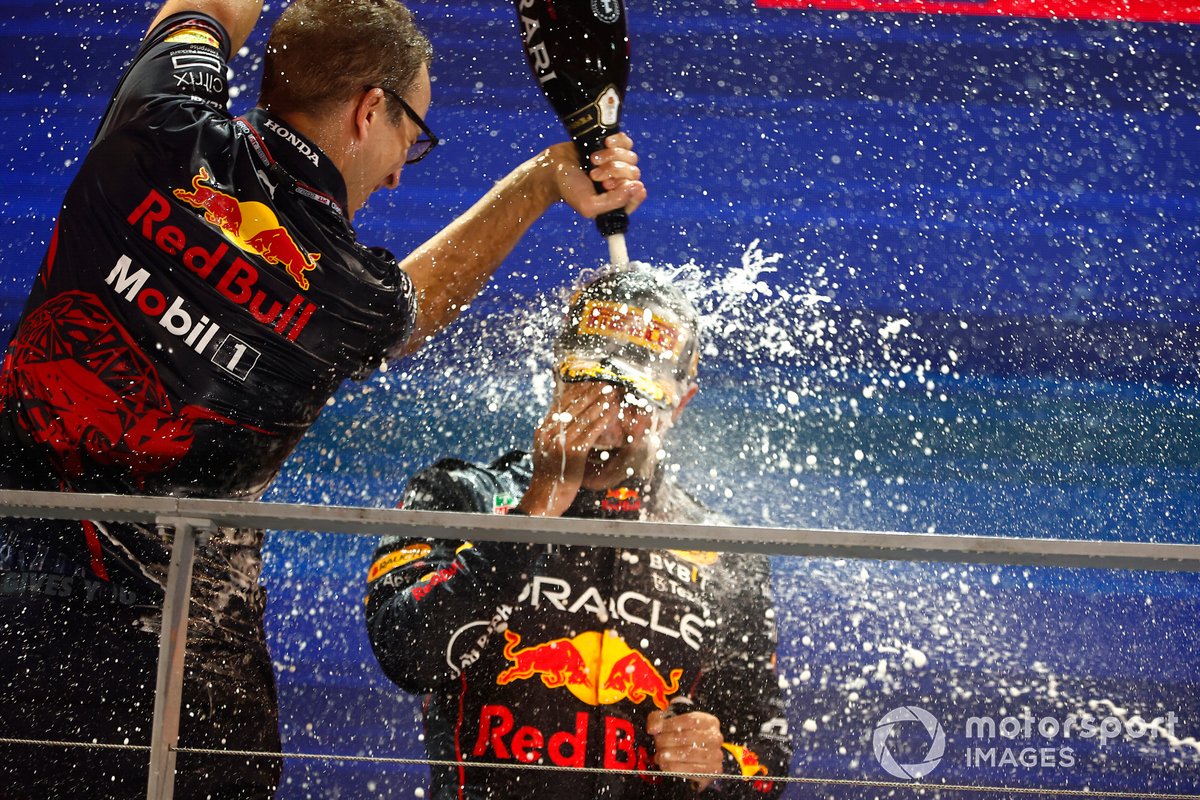 Sergio Perez expected to keep his second win of F1 2022

Red Bull team boss Christian Horner said he would be surprised if Perez was handed a penalty considering the tricky circumstances at play behind the safety car.

“I'd be amazed,” he said after Perez had been to see the stewards. “They've heard his side of the story, but I think there's so many precedents that we've seen, even in the recent past where there's been a concertina going on both up and down the field. We've seen it even on formation laps.”

He added: “The mitigating surfaces were that the safety car was just driving so slow. And they'd spent 30-odd laps on inter tyres, and they're all out there on a set of slicks.

“You could hear Checo screaming to get on [with it], because they pick him up first. So he has got no temperature in his tyres. And so I'd be absolutely amazed if there was anything.”