Perez came on the radio after Red Bull’s 1-2 finish at Barcelona to says he wants to talk to them about the way he was told to not fight team-mate Max Verstappen.

The Mexican was leading towards the end of the Spanish GP when he was ordered over the radio not to hold up his pursuing team-mate – who had been switched on to an alternative tyre strategy.

But, having earlier not been given clear air to pass Verstappen and attack George Russell when he had a tyre advantage, he made clear that he felt the subsequent call was "unfair".

While a later switch to softs meant he finished more than 13 seconds behind Verstappen anyway, Perez told his bosses on the team radio after the 1-2 finish that, while happy for the team, he wanted some clarification about events.

"I'm happy for the team, but we need to speak later,” he said.

Perez was pushed on the matter in the post-race television interviews, but was diplomatic about the way that a possible win had got away from him.

Asked about the frustrations he had expressed on the team radio, Perez said: “We were on different tyre strategies at the time. I let Max by in the beginning then I thought at the time I could go by and not lose crucial seconds to make my strategy work. But anyway, it's a good team result.” 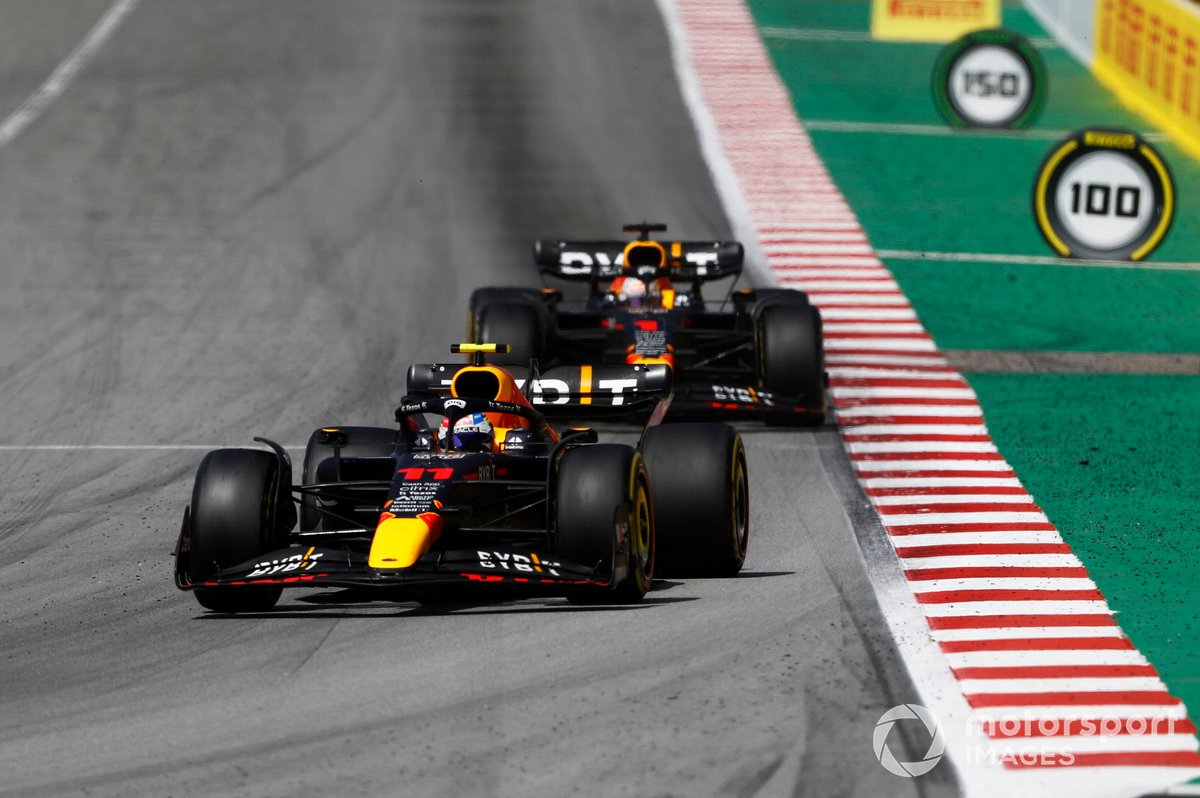 Horner thinks, however, that when Perez is able to better understand how the race was shaping up at that stage with the different tyres, that he will accept Red Bull did the right thing.

Horner told Sky Sports: “Our responsibility is to bring the two cars home with as many points as we can, and of course what Checo couldn’t see at the time, which he could see perfectly well now, is that he had such a long stint to do on the medium tyre.

“Max had such a tyre advantage from a team perspective there is just no point in taking that risk with an intermittent DRS, with temperatures raging up and down. So it was absolutely the right thing to do.”

Horner said the team’s call was not based on thinking about the championship, but more on what was realistic considering the tyre life on both cars.

“I think we will discuss it and he [Perez] will see the race plot, and he will see that he had close to 30 laps to do on the tyres, which in the end we needed to pit to make sure we covered Russell.

“In the heat of the moment you can understand it. If he wasn’t pushing those types of things, he isn’t doing his job.”

Russell: Spanish GP "a survival race" for Mercedes F1 due to overheating