Sergio Perez will continue to run a different floor to team-mate Max Verstappen at the Dutch Grand Prix, with Red Bull seeking further answers about its RB18 Formula 1 car.

The Mexican ran the alternative specification at last weekend’s Belgian Grand Prix and struggled to match Verstappen as he charged to victory from 14th on the grid.

The Perez floor specification is a new design direction that Red Bull originally trialled with Verstappen at the British and Austrian Grands Prix, before it was briefly abandoned.

The floor features a design solution similar to Ferrari’s, with a cut-out on the floor’s edge and a tongue-like section jutting out from it.

Verstappen is believed to not be a fan of the new floor and went back to the original spec – but Red Bull wants Perez to continue trialling it so it can get further data on it.

Asked by Autosport about running a different floor to Verstappen, Perez said: “We just have different floors for now. We're going to have this floor for the next few events. And yeah, we will try to get a better read.”

Red Bull’s decision to keep Perez on the latest spec floor comes with the Mexican seeking answers as to why he has been unable to match Verstappen in recent races.

The direction of car development appears to have moved the RB18 towards a balance that better suits Verstappen, and Perez says things are no longer easy for him.

“I think in the beginning, I was more comfortable,” he explained.

“I could feel like every time I came to a weekend in FP1, I was already easily happily with the balance, and things were coming natural. 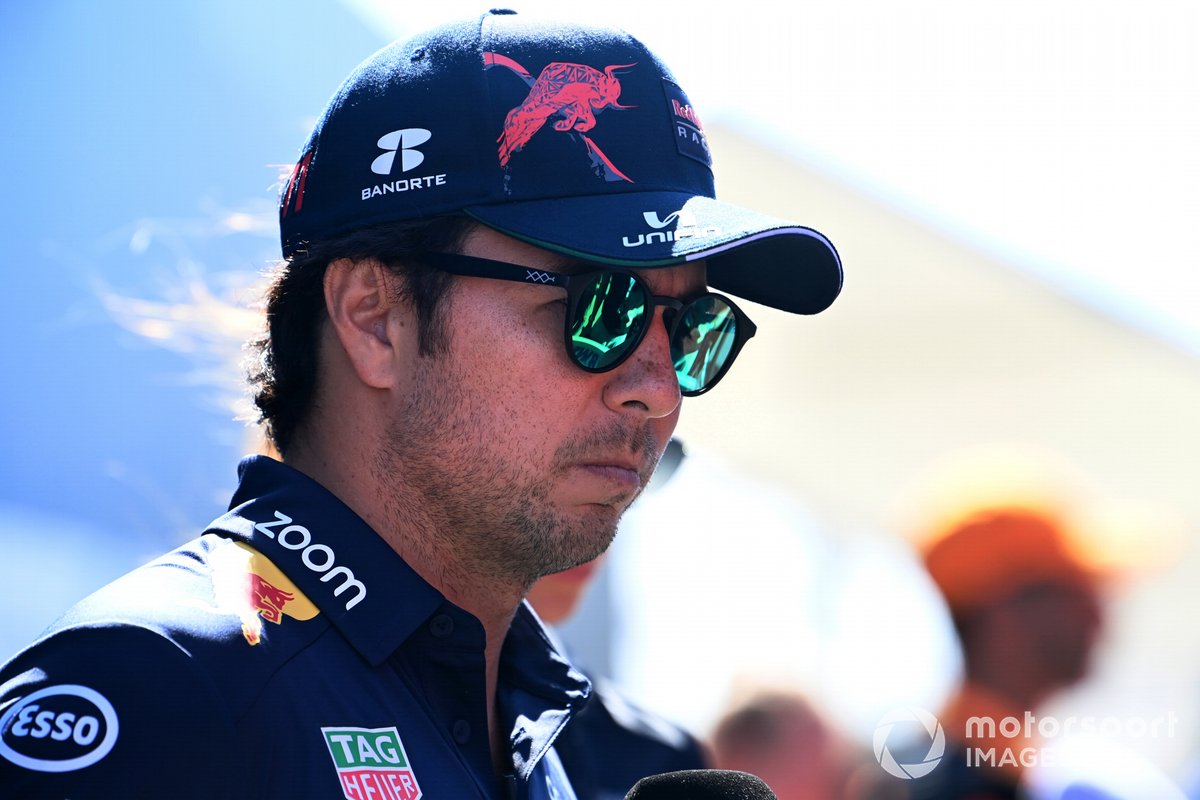 “As the season progressed it feels like it has become harder and harder. Every weekend, I have to really go deep into the analysis. And yeah, I am not as comfortable as I was with the car before.”

Asked if he was struggling with the excessively loose rear end problem that Verstappen’s previous team-mates have battled, he said: “It's a little bit in that direction.

“Obviously the car has developed and has gone in a certain direction. But yeah, right now, my main focus is to make sure I'm able to do it on top of the car.”

Perez has spent time at Red Bull’s Milton Keynes factory this week trying to get a better handle on why Verstappen is so at one with the RB18 while he is enduring difficulties.

“He was super, super fast that last weekend: really, really strong,” he said.

“I've been on the sim this week, trying to understand everything. And hopefully I'm able to get another gear on my on my side.”