But he lost out to Esteban Ocon in the battle to be Sergio Perez's Force India team-mate next season with the German saying the decision to overlook him centred around his interaction with the team.

Ryan believes Wehrlein has been misjudged by some in the paddock.

"Pascal is a huge talent, there's no doubt about it, and he's a lovely kid," Ryan told Autosport at the season-ending Abu Dhabi Grand Prix.

"Some people have an opinion of Pascal and it's just wrong.

"He's great racecar driver with great racecraft, great awareness of what's going on around him so we're really, really pleased about him."

Ryan is perplexed as to why people have a bad impression of Wehrlein, who is in contention to replace Nico Rosberg at Mercedes next season but behind Valtteri Bottas on the shortlist.

"I don't understand it," Ryan said. "People say he's arrogant. Well I've never seen a hint of that, ever.

"Everyone who's ever got to interview him comes away saying 'what a lovely lad' and he is. 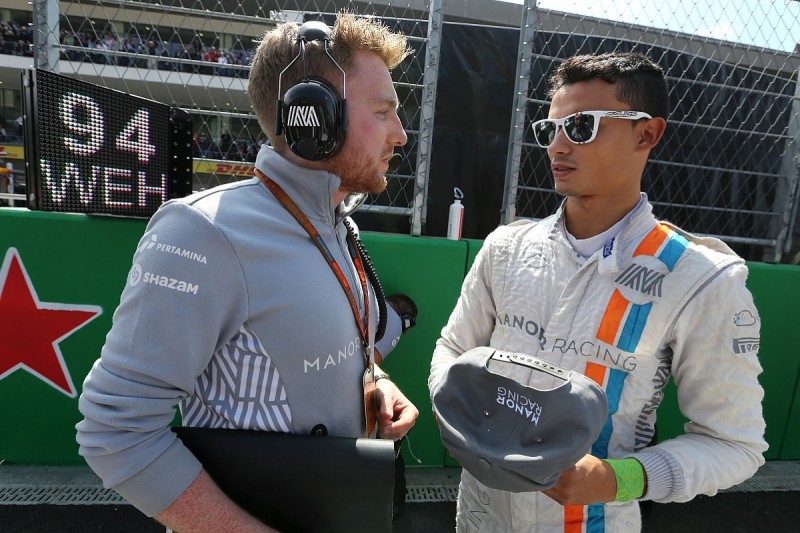 "He's got that fantastic sort of mischievous smile, he's helpful, he's positive, so I think it's one of those deals where someone's said something along the way somewhere and everyone's picked up on it and it's wrong.

"He's absolutely top drawer. No question about it."

When asked if that impression is damaging to Wehrlein's career and if it had a role to play in missing out on a drive at Force India, Ryan replied: "You've only got to talk to Pascal for five minutes and know it's not the case.

"I don't know anything about how Force India arrived at who's going to drive the car for them and that's completely their business.

"If you spend five minutes, or even two minutes, talking to him, you quickly understand that he's a super guy.

"He's not arrogant, he's just completely focused on his job."

While Bottas is now considered highly likely to pip Wehrlein to the vacant Mercedes seat following Felipe Massa's decision to stay on at Williams, Wehrlein is top of Sauber's shortlist for its remaining drive and Manor is also keen to retain him.

Massa agrees to race for Williams in 2017, Bottas free for Mercedes