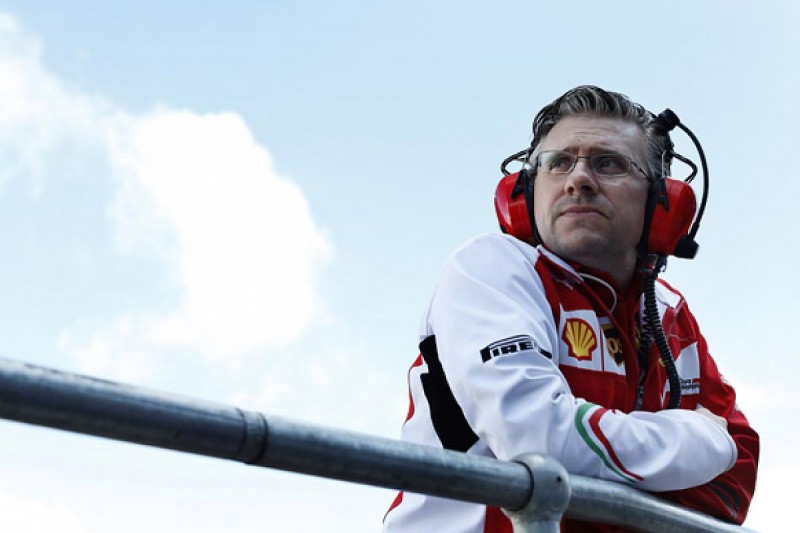 The restructure follows Maurizio Arrivabene joining the team as managing director and has been undertaken with the aim of introducing what Ferrari describes as "a flatter structure and clear assignment of responsibilities".

He took up his present position when James Allison joined as technical director last year.

Tombazis, whose Formula 1 career started with Benetton in late 1992, first joined Ferrari in 1994 and returned to the team in 2006 after a two-year stint with McLaren.

He is also in charge of track engineering activities on an interim basis.

Ferrari has confirmed that Massimo Rivola will manage the F1 team's activities, with Antonio Coletta responsible for managing GT and Corse Cliente racing.

The Ferrari Driver Academy will continue to operate under Luca Baldisserri, who will report directly to Arrivabene.

Ferrari has also confirmed that Renato Bisignani, previously head of the Scuderia Ferrari press office, has taken up the role of marketing manager and acquisition in Arrivabene's newly-founded commercial department.

Respected journalist Alberto Antonini has taken over the head of press office role.