Pastor Maldonado to stay with Lotus Formula 1 team for 2015

Pastor Maldonado will continue as a Lotus Formula 1 driver in 2015, team principal Gerard Lopez has confirmed

The 2012 Spanish Grand Prix winner joined Lotus this year after three seasons with Williams, following major sponsor PDVSA to the team, but has not scored a point so far this season.

But Lopez believes Maldonado has confidence in the team's potential even though their first year together has been a disappointment.

"I don't want to give too much away, but as it's halfway through the season I can confirm 50 per cent of our driver line-up for 2015, as Pastor is with us for next year," said Lopez.

"We will achieve great things together."

Uncertainty surrounds whether Romain Grosjean will stay on, but Lopez paid tribute to his and Maldonado's dedication to its efforts in 2014.

"Both Romain and Pastor had remained positive and focused," said Lopez. "This is a real credit to them.

"They know the effort required to achieve strong results and they are working as hard as ever to ensure we can address every issue and make the most of every opportunity.

"Romain is well aware of the prowess of Enstone after having finished on the podium for the past two years in one of our cars." 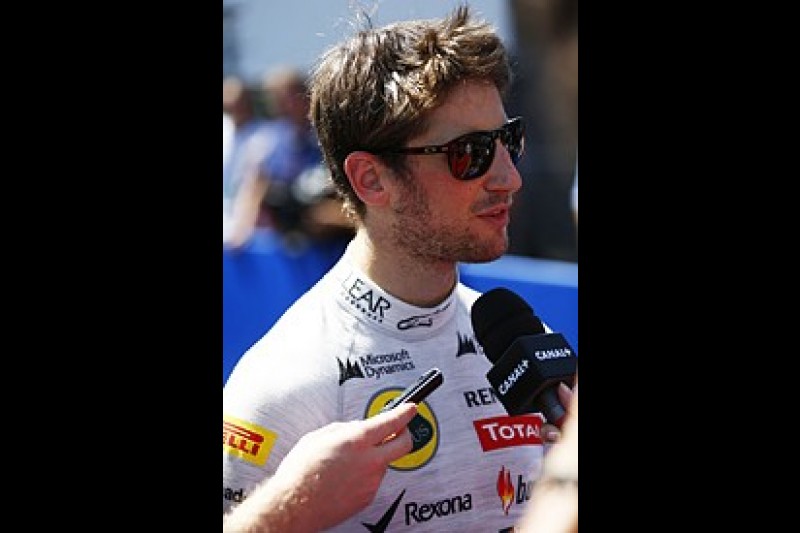 Grosjean has refused to be drawn on his future, with his strong performances in the second half of last season and in twice scoring points in a difficult Lotus this year drawing attention from rival outfits.

But Lopez has previously admitted that he could face a battle to retain its star driver.

"I don't know," Grosjean said when asked after qualifying for the German Grand Prix if he would remain with the team in 2015.

"The future is open. Of course, there may be changes here that will certainly help the performance, but it's not yet enough to win races."

Lotus is set to be propelled by Mercedes engines next year after agreeing a deal with the German manufacturer earlier this month.

While Lopez has not made any comment on such a move, he has said that "we do have some great things to come" and a move to F1's best engine could help to convince Grosjean to stay on.