Pascal Wehrlein says his impressive performance on the opening lap of Formula 1 races this season has involved "guessing" where to put the car over the first couple of corners.

The Manor driver has made up a combined total of 34 places on the opening lap so far this season, behind only Fernando Alonso's tally of 40.

"Definitely it's easier when you are in the back to gain positions, that's clear," said Wehrlein.

"The first lap is very important for that, especially the first two corners.

"It's all about guessing where the best place is.

"Most of the time, something happens at those two corners so it's all about being in the right place, especially when you are at the back."

Wehrlein, who is a Mercedes junior, has yet to confirm his plans for next season but he said he has had good feedback as he approaches the end of his rookie year in F1.

"It has been very positive," he said. "Everyone is happy. 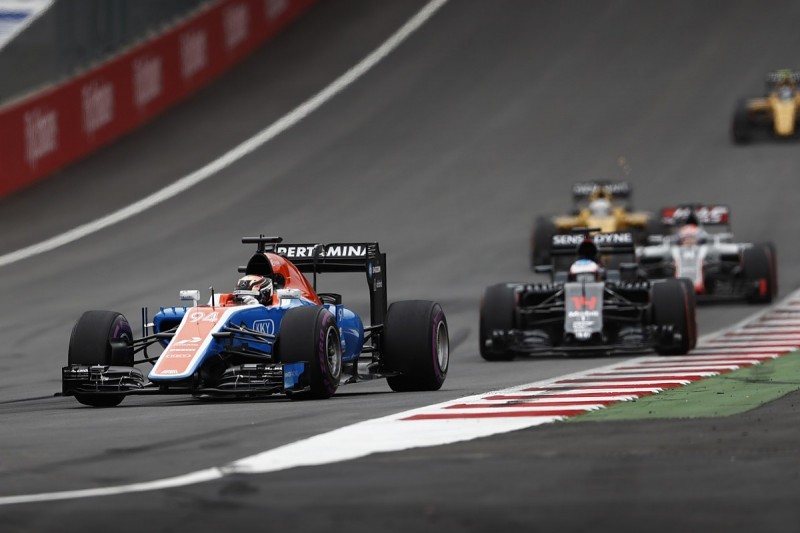 "I had to learn about the car, the tracks, the tyres - I never drove the Pirelli tyres - and about how Formula 1 works.

"Looking at last year it was difficult to even imagine that we could score a point this year. We did a better job than expected.

"Austria was the most important race and one of the goals was also to help the team as much as possible and maybe with the input I have from Mercedes and what I experienced in their car, and I did that.

"As a team we worked really well together this year and everything is going really well."