The 22-year-old missed the first two grands prix of the season due to a lack of fitness caused by his training being compromised by fracturing three vertebrae in an accident in January's Race of Champions.

Wehrlein believes the extra training he was able to do thanks to missing the Chinese GP earlier this month played a key role in his fitness improving so much.

"I'm surprised how good it is," said Wehrlein when asked by Autosport about how he reacted to the race distance.

"But that's what we could have expected because the strength went away but it's coming back quite quickly.

"You can see what a big change these two weeks of training have been to me and I'm just really happy overall.

Despite having no problems during the race, even in the closing stages when battling to hold off Toro Rosso driver Daniil Kvyat, Wehrlein did experience some pain after the finish.

"Now I feel it, of course after a long race I have some pain in my back.

"I'm quite tired as well, but I guess everyone is after the heat." 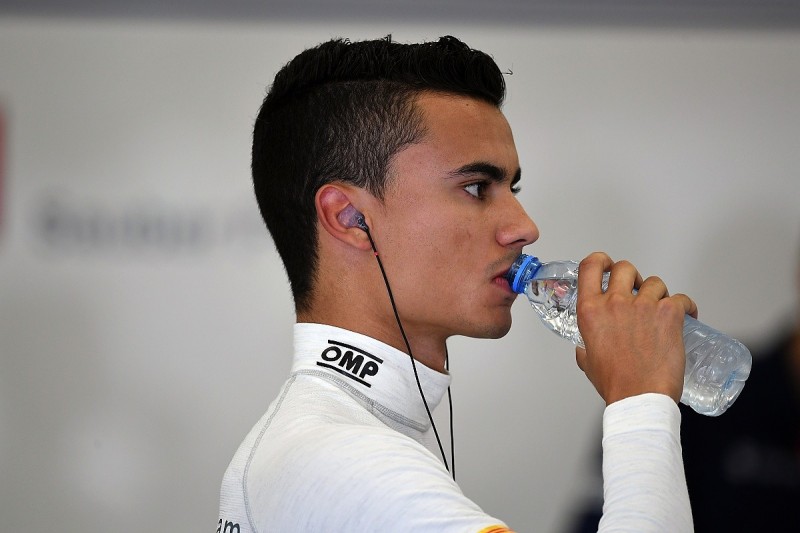 CRITICS DID HAVE AN IMPACT

Wehrlein also believes that the Bahrain GP weekend was important for him mentally after the criticism he received for skipping two races.

He admits that some of the comments made did have an impact on him.

"Mentally, it was a great weekend, I know what I can do and I know I can be quick but the last three weeks were really difficult for me.

"I heard some crazy comments from other people about myself, what I should do or what they would do in my situation even though they don't know what my situation was.

"The best answer is to show the performance on track and to come back like this.

"I came back like I never had a break."

Even though he performed well on his return, Wehrlein has no doubt that he would not have been able to contest the season-opening Australian GP with his fitness level at that point.

He pulled out after running during Friday practice, with Antonio Giovinazzi taking over the car for qualifying and the race, and the Chinese GP two weeks later.

"In Melbourne, it was not possible to drive," he said.

"It was just too early, it was eight weeks after three broken vertebrae. I couldn't move for five weeks, so I was still recovering from my accident."