Marcus Ericsson says the "hype" surrounding his 2017 Sauber Formula 1 team-mate Pascal Wehrlein helped him, but that F1 still has not realised what he is really capable of

Though Wehrlein scored all five of Sauber's 2017 points, the qualifying gap between him and Ericsson was the smallest of any team pairing on the F1 grid.

Wehrlein arrived at Sauber as a Mercedes protege who had been considered as a replacement for retiring world champion Nico Rosberg, fresh from scoring a point for Manor in his F1 rookie season and with a CV that included the 2015 DTM title.

Ericsson was outperformed by team-mate Kamui Kobayashi at Caterham in his rookie season in 2014 but thinks going up against Wehrlein has boosted him.

"I still feel like I'm developing as a driver and I've become better and better," said Ericsson, who has been retained for 2018 to partner Formula 2 champion Charles Leclerc as Sauber begins a tie-up with Alfa Romeo. 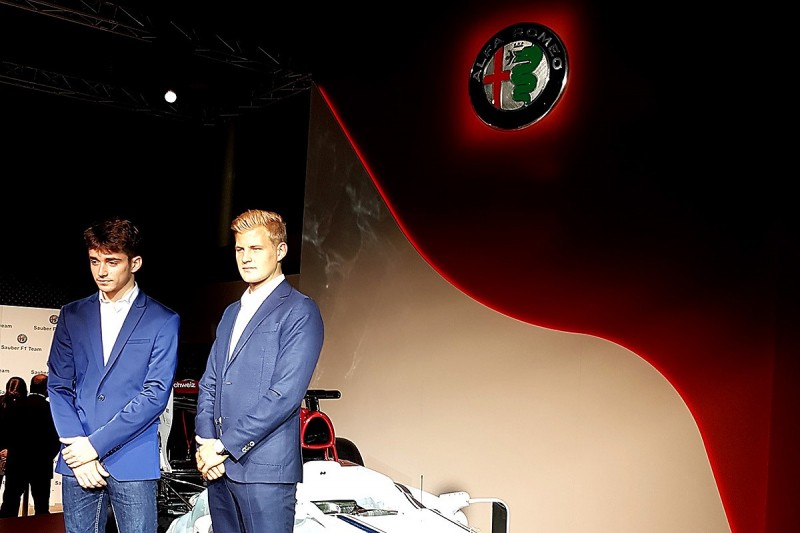 "My first year with Kamui was really tough, Kamui had a lot of experience and was a really good driver.

"But Pascal is a super-talented driver and it's been really good for me to have him as a team-mate.

"With all the hype that's been around him being a Mercedes junior it's been perfect for me to have him as a benchmark.

"If you look at the statistics this year, if you take the average between team-mates we're the closest ones on the grid.

"I think that says quite a lot and that's been good for me."

Ericsson's management tried to put him in contention for drives at other teams, including Force India, Williams and Renault, but without success.

Asked by Autosport why he thought he was not considered a serious prospect by teams further up the grid, Ericsson replied: "The problem is when you're driving for a team that's at the back of the grid it's really difficult to impress people and to show what you can do.

"Even if I do a really good weekend it means maybe I qualify ahead of my team-mate and if it's like the middle of the season, we were really far off everyone.

"I need to be in a car that's regularly in the top 10 and then you can show your skills.

"I'm ready for that. I've been working hard for that for the last few years. That's what I need for the next step."

Why foolish Hamilton would be wrong to hide