Despite being out of single-seaters for three years and becoming an established FIA GT champion, Thomas Biagi never lost sight of his F1 dream and convinced Colin Kolles to run him in a test. A race seat never materialised, but it wasn't through lack of effort...

Repainted in a dour grey and red befitting of its uninspiring new name, the Midland EJ15B that had competed in the 2005 Formula 1 season as Jordan was shared by several drivers for testing at Jerez that December. A forgettable chapter in the long history of the Silverstone team now known as Aston Martin it may be, but to Thomas Biagi it is a prized memory of a career that had its finest days in GT racing.

The 2003 FIA GT champion had been out of single-seaters for three years by the time he landed his long-awaited test opportunity, a decade after his last official test with Minardi at Fiorano in 1995.

A stalwart of International Formula 3000 and its Italian/European cousin between 1995 and 2002, Biagi’s crushing victory at Donington in 2001 – against opposition that included F1 2008's nearly-man Felipe Massa – was the exception rather than the rule.

But even at 29, Biagi never lost sight of his F1 goal – “I believe in the power of your dream,” he says – and despite having no manager in his corner convinced team boss Colin Kolles to give him a run out with a view to racing in 2006.

With the 2005 Toyota V10 powerplant behind his back, he completed 91 laps and lapped 1.37s quicker than new Midland signing Christijan Albers in an EJ15B with a 2006-spec V8.

Biagi felt quickly at ease with the car as it was easier, he says, than his 2005 steed – the Maserati MC12 – “because the weight of the car, the downforce, all of the electronic sup-port like traction control, differential that helps you”. 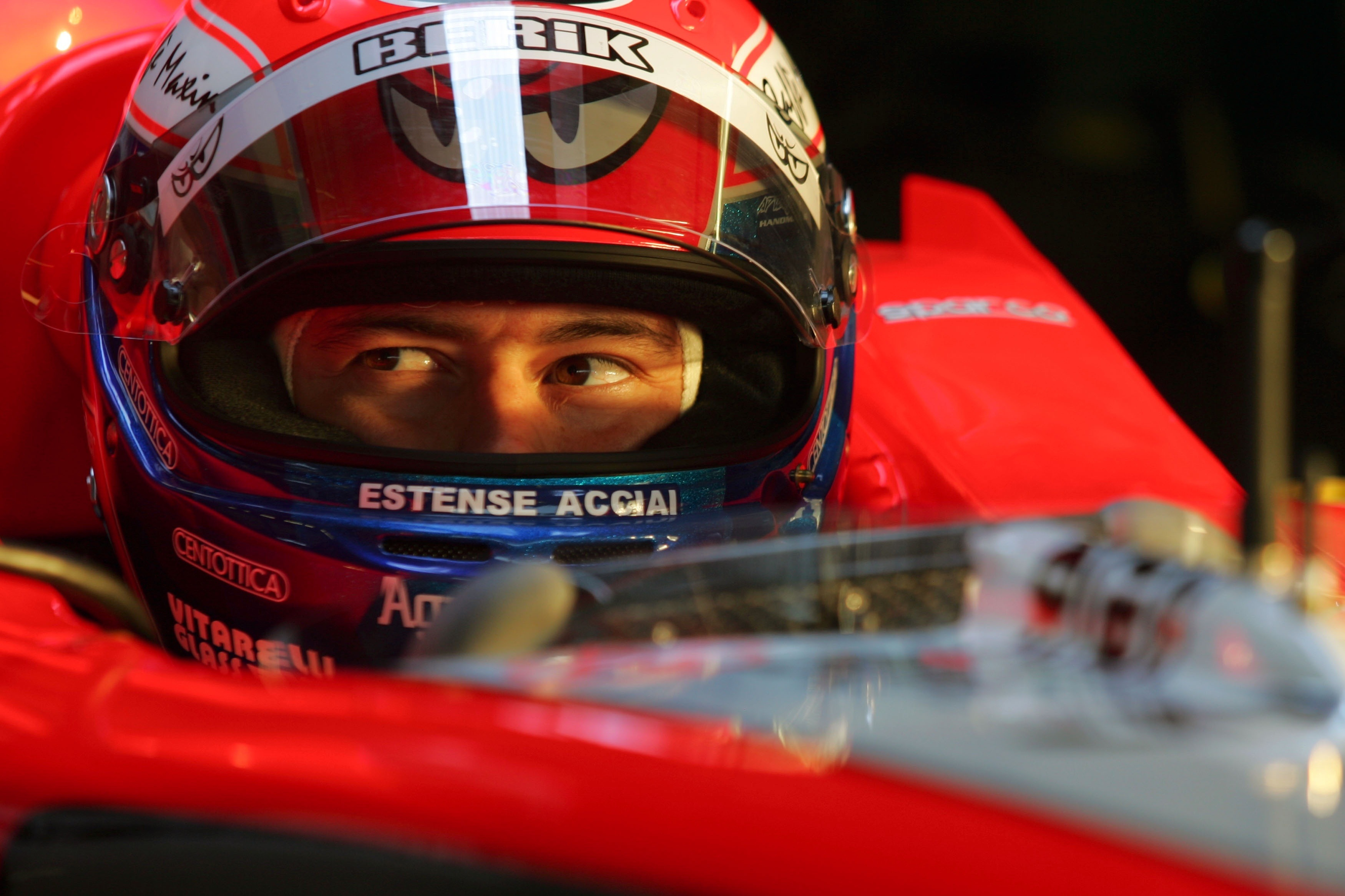 “For me it was nice and easy for me to drive a Formula 1 car, [but] then to be world champion is another story!” he laughs. “The test went extremely well, in the end they were extremely happy about my performance and my consistency.

“It’s a shame because in the end they showed me an agreement to make a full season, but I was just missing the budget. We were pretty close.”

"There are no words that can describe the feeling this kind of engine behind your shoulders gives you. I miss the F1 of the end of the '90s and beginning of the 2000s" Thomas Biagi

Midland used a bevy of third drivers in 2006, with Markus Winkelhock (four), Giorgio Mondini (nine), Adrian Sutil (three), Alexandre Premat and Ernesto Viso (one each) all taking their turns to drive on grand prix Fridays. Biagi wasn’t among them and continued in GT1, but that wasn’t the end of his F1 story.

A chance paddock meeting with Kolles in 2007, when Biagi was commentating on GP2 for Sky Sport Italy, yielded an offer to sign a race-by-race deal for the renamed Spyker team in place of the cash-strapped Albers. But budget was again a stumbling block and Biagi remained in the MC12 to claim a second FIA GT title.

In his place, Winkelhock made a memorable debut at the rain-hit European GP. Thanks to a pre-race switch to wets, he was in the lead when the waterlogged track – with an expensive carpark forming in the Turn 1 gravel – caused the race to be red-flagged.

“Watching the race from home and seeing that the car I was supposed to drive was leading was strange!” says Biagi, who would rack up further sportscar titles in Italian GT (2012) and International GT Open (2016) after prevailing in the Italian-based Superstars tin-top series in 2010. 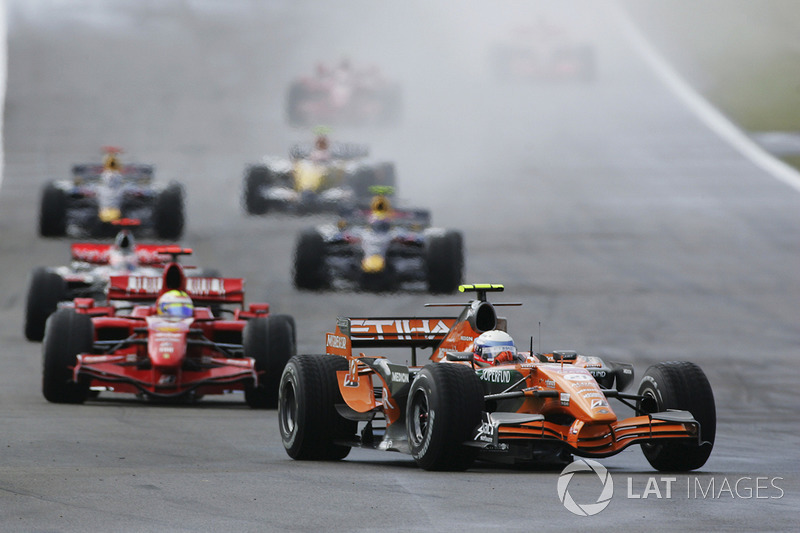 A final opportunity for a crack at the F1 whip came in 2010, the year three new teams arrived on the grid, when he found a sponsor that tabled “a reasonable budget”. But by this point, Biagi concedes he “was definitely too late”.

“I’m sorry I didn’t have the opportunity to do a couple of races, but that’s life,” he says. “In the years after I achieved very good results in GT categories so I’m happy about my career.”

“There are no words that can describe the feeling this kind of engine behind your shoulders gives you,” he says. “I miss the F1 of the end of the '90s and beginning of the 2000s, because for me, F1 is that kind of sound. It was fabulous.” 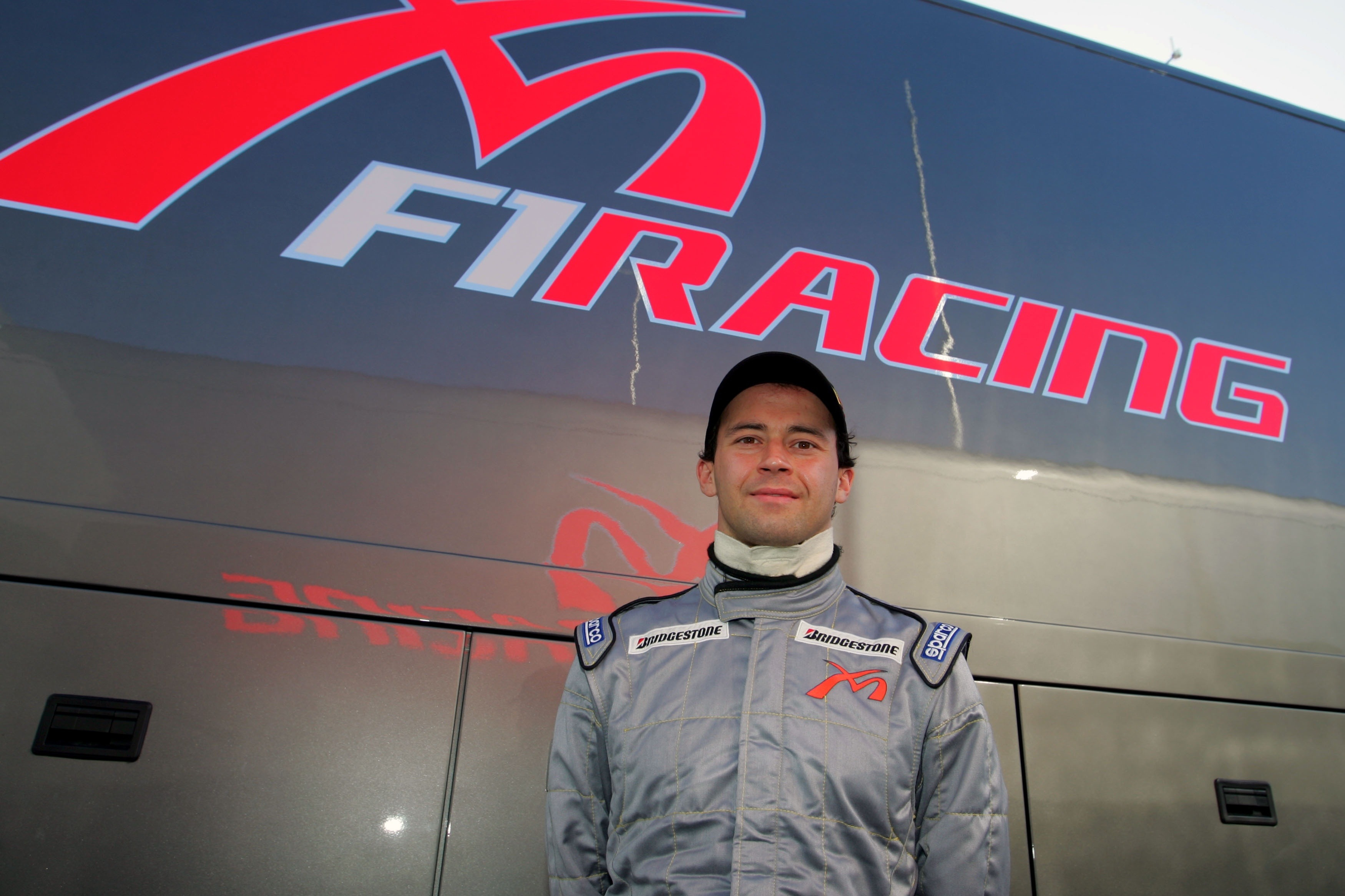