American Formula 1 drivers have been in short supply in the 21st century, with Scott Speed and Alexander Rossi the only drivers to represent the Stars and Stripes. But several have come close, including a driver who defied convention by embarking on his European sojourn after first getting a taste for Indycar racing.

An unlikely sequence of events led Townsend Bell to sample a Jaguar Formula 1 car at Valencia in 2003.

Runner-up to Scott Dixon in the 2000 Indy Lights championship, the Californian romped to the 2001 title and had made his top-flight debut in CART before the end of the year. A promising career lay ahead in Indycar racing, but after a scrappy half-season in 2002 with Pat Patrick’s team, Bell found himself on the sidelines facing a career crossroads.

At the age of 27, he moved with his wife to Oxford and signed a two-year contract with Christian Horner’s Arden team to contest the International Formula 3000 championship. With no knowledge of any of the circuits, Bell was always going to be up against it - “I didn’t have a spectacular rookie season,” he admits - and having scored only a single podium at the Hungaroring, was “having some trouble figuring out how we were going to pay” for 2004 with his newly-arrived baby son to support.

A third driver role at an F1 team therefore appeared to be the best way to keep his European dream afloat, and there were two potential options on the table for 2004 - one with BAR and another with Jaguar.

“I knew it would be unrealistic to go straight into a race seat,” says Bell, now a regular part of IndyCar's commentary team. “Back then given the amount of testing that factory-backed teams were doing, they needed either a full-time test driver or in the case of BAR Honda, a second full-time test driver.”

Bell conducted two straight-line aero tests for the BAR squad as an audition for the second tester job.

“I really enjoyed it,” he says. “Even though you’re just running up and down on a runway, it required quite a bit of discipline to work through the variable ride-height programmes and speed tests.” 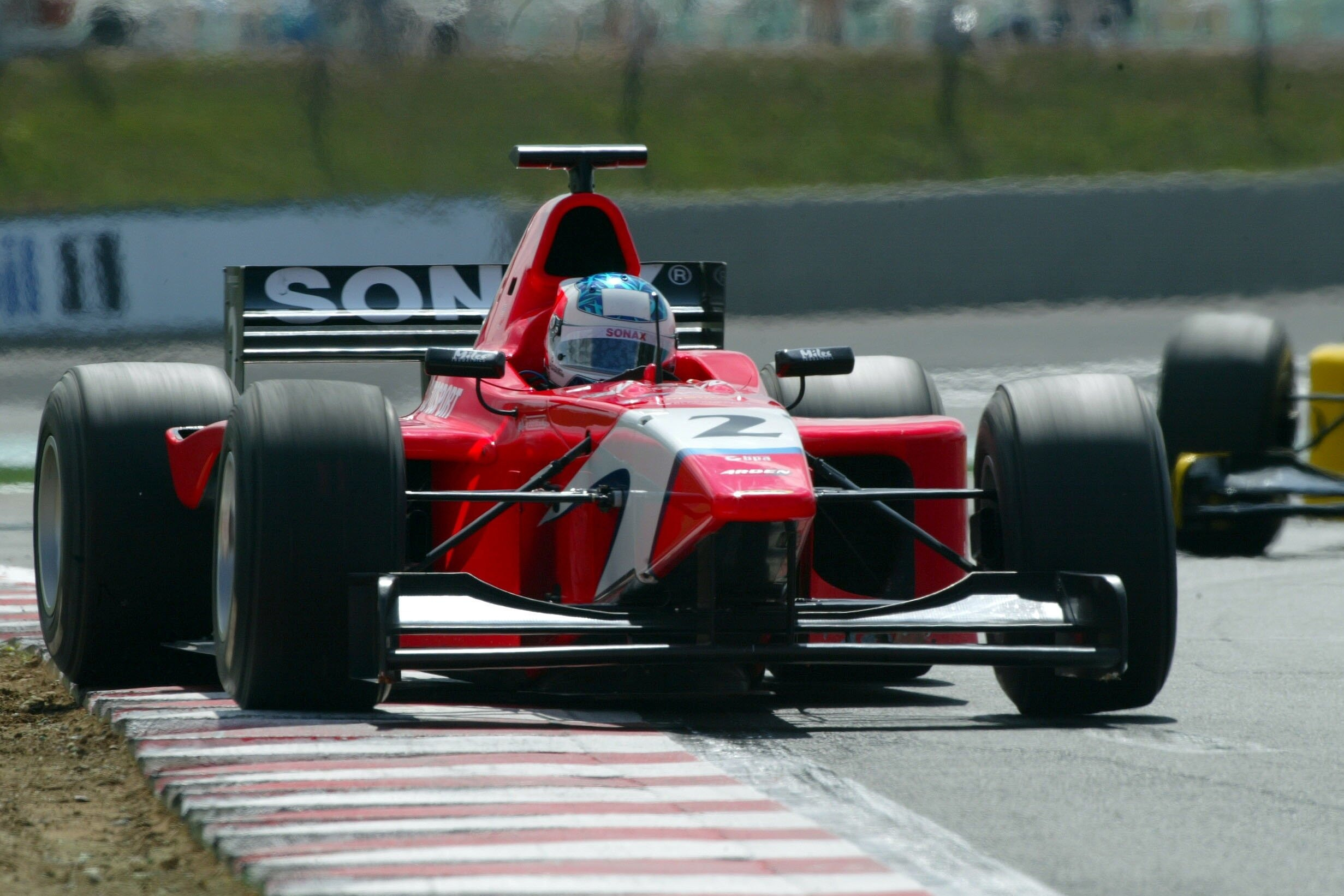 But if that didn't play out as hoped, he had a test lined up with the Ford-owned Jaguar squad after his father-in-law, marketing guru Rod Campbell, made some introductions. As Bell points out, the situation there was “fluid” - Justin Wilson was fighting to hold onto his seat alongside lead driver Mark Webber, with Red Bull-backed Formula 3 Masters winner Christian Klien circling.

“I had some connections on the Ford and Jaguar side in the US,” says Bell, “so I leaned in really heavily with ‘Hey, I’m the only American that is even remotely poised to be in a Formula 1 team on some level.

"It just felt like you were in a feather with 1000 horsepower. The steering load wasn’t particularly heavy because of the power-steering, but the g-force was a great magnitude higher than what I experienced in IndyCar and certainly in F3000" Townsend Bell

“I said: 'I’m hungry, I live here, I’ve committed’ and I managed to convince the Ford people to give me a chance. I was basically the sole American, underfunded guy trying to figure out how to outmanoeuvre Red Bull.”

Bell describes the test as “a baptism by fire” that was not helped when Webber, on-hand to shake the car down, had an engine failure and ended up in the gravel.

“When the motor expires, so does the hydraulics and everything else, and there’s no power-steering,” Bell recalls. “I thought to myself, ‘Good Lord, that sounds dangerous! You can’t even turn the car if the motor expires!’ I’m standing there in the garage waiting for that great moment to drive an F1 car for the first time and now I’m down for three or four hours while they change the motor.”

He eventually got out just after lunchtime and was “in a big hurry-up to try and do some laps”. Despite his experience of the brutish 900 bhp Lola in CART Indycar, Bell was “frankly unprepared for the demands on my neck” after an afternoon of full fuel running.

“Back then it was Michelin and Bridgestone tyre compounds and I was absolutely shocked by how quickly the tyres deteriorated,” he says. “It just felt like you were in a feather with 1000 horsepower. The steering load wasn’t particularly heavy because of the power-steering, but the g-force was a great magnitude higher than what I experienced in IndyCar and certainly in F3000. It was a completely different world. 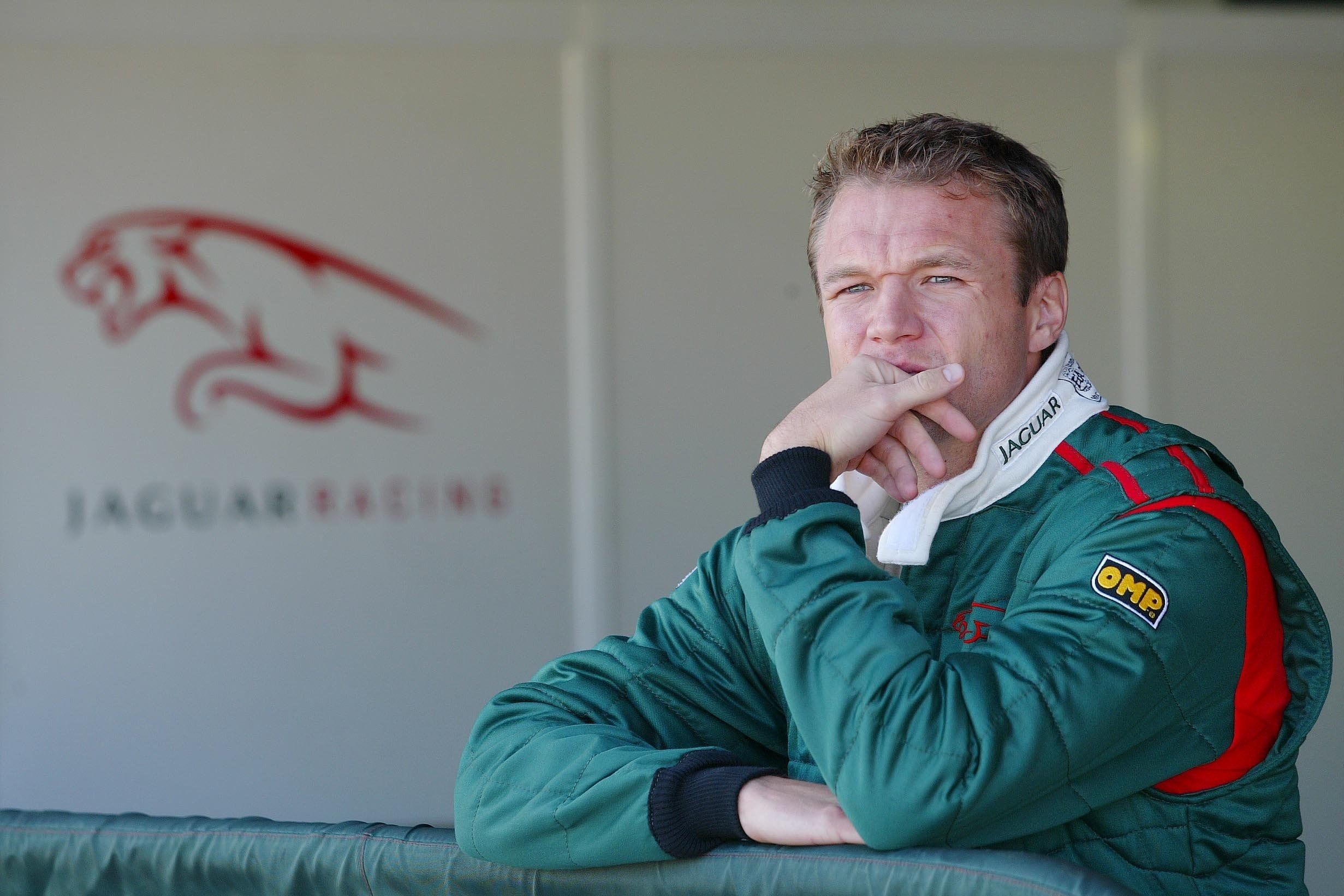 “Towards the end of the day, they put me on low fuel and another new tyre run and of course it felt unbelievable. I think on my second flying lap, I started to black out in one of the corners. I was trying to hold my neck up and my range of vision got very narrow. It was like the James Bond black circle closing in and that was it.

“I went off and got stuck in the gravel, didn’t hit anything. I got going again, they hauled me out of the gravel, but at that point I was done.”

Bell managed a best effort of 1m12.322s, and thinks his times were reasonable given his limited preparation. But the third driver role went to his Arden team-mate, F3000 champion Bjorn Wirdheim.

But BAR looked a promising bet until a change in boardroom management at British American Tobacco meant a Brazilian candidate - Enrique Bernoldi - was deemed favourable to an American to promote its Lucky Strike brand. For Bell, it spelled the end of his career in Europe.

PLUS: The forgotten member of F1’s greatest rookie crop

“I hung up the phone and I just sank down in my chair,” he recalls. “I’d already said no to doing F3000 because I thought this was happening – and CART was on the rocks, the Indy Racing League was looking like a really exciting but super-dangerous endeavour at that time, I didn’t know what I was going to do.”

Redemption came courtesy of the Panther IRL team, and Bell subsequently became a regular one-off driver at the Indianapolis 500 before finding success in sportscars, with class wins at Le Mans and Daytona and the 2015 IMSA GTD class title. But accepting the call to return to oval racing - following the serious injuries suffered by Kenny Brack at Texas and the death of Tony Renna in an Indianapolis testing shunt – was made with a heavy heart.

“At that point I needed a job,” he says. “I’d just had my first son born so it was the first time where I felt I was really racing for a living – ‘I need a paycheque, I know it’s really dangerous but I’m good on ovals, let’s go to work’.” 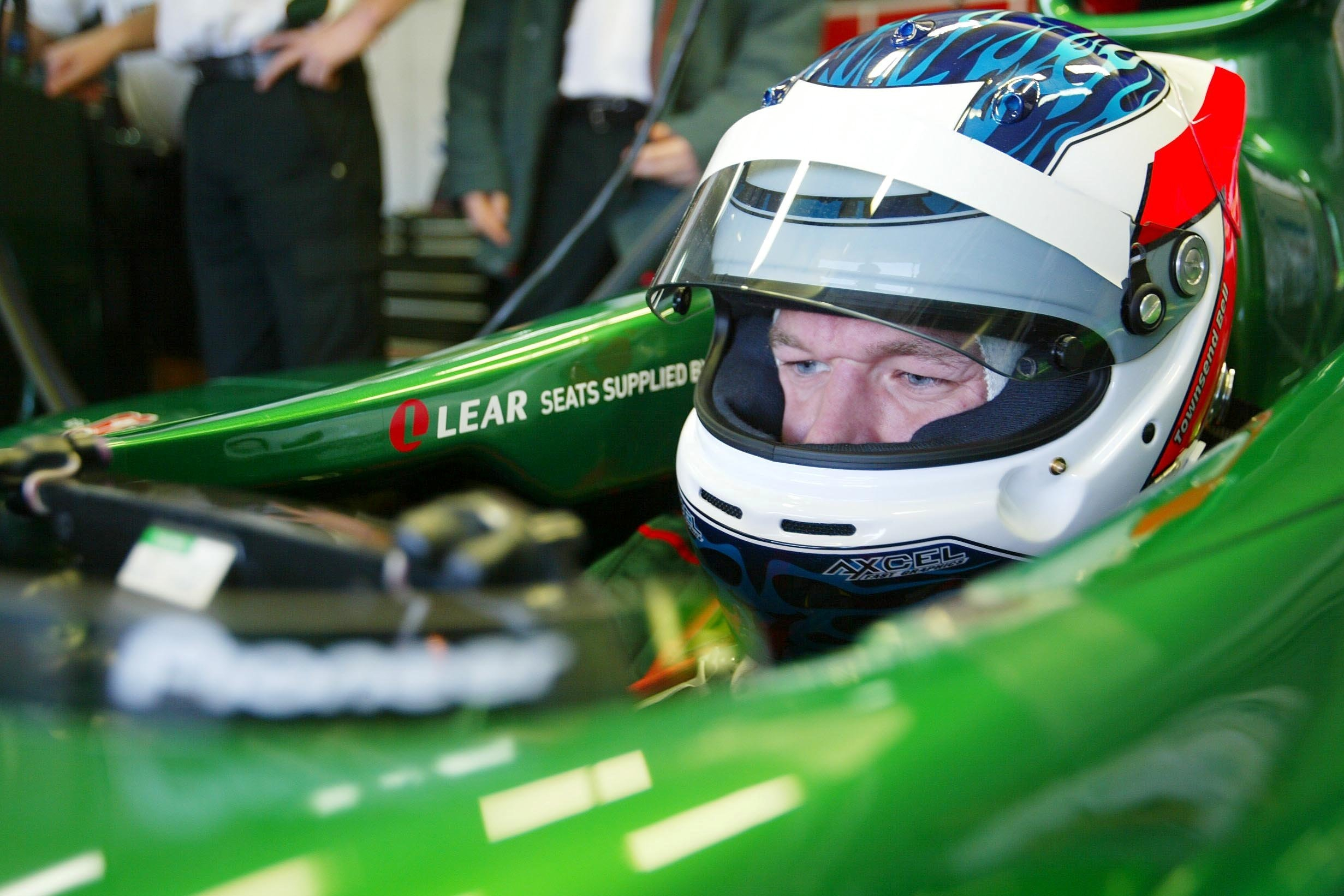 Marko: Wolff ‘should look at his front wings’ amid F1 protest warnings