The decision to introduce one-shot qualifying to Formula 1 in 2003 proved controversial and was prone to being exploited but, as STUART CODLING argues, the initial idea behind it was sound

While the form of the racing has resisted change throughout the seven-decade span of the Formula 1 world championship, qualifying has been tormented with increasing frequency in recent years - all in the name of "the show". Once merely a means of setting the starting order (and weeding out timewasters), the qualifying process has been forced by commercial imperatives to become a must-see in itself.

In the early days of grand prix racing, grid positions were determined by drawing lots - a classic example of a system which is only egalitarian when viewed from one perspective. A driver who had pulled lowly grid slots several times in a row, for instance, might quibble about its fairness. It's also ripe for cheating, as evinced by the shenanigans in the British Touring Car Championship in 2015.

The 1933 Monaco Grand Prix is credited with being the first major race to feature a grid determined by lap times set during practice. Over the following years, the system evolved towards having one or more track sessions devoted specifically to setting the grid - firstly for the entertainment and edification of the paying punters trackside, latterly to pull in TV audiences.

As any harassed television executive will tell you, what any show needs is an element of uncertainty - or, even better, outright peril. In televised motor racing, this introduces a philosophical fault line: where do you draw the boundary between entertainment and purity?

One-shot qualifying, introduced in 2003 and then tinkered with ad tedium in successive seasons, arguably went too far over this boundary even though the fundamental idea was not without merit. 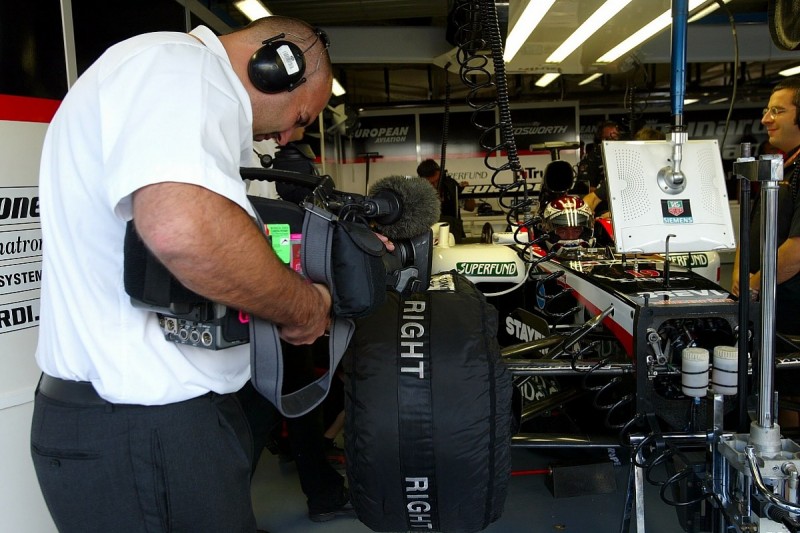 The one-shot idea came about because of a perceived problem: F1 qualifying had become a single one-hour session packaged for TV in 1996, but most competitors sat in their garages until near the end. The prevailing orthodoxy was to wait for the minnows to get their running in, lay down a little more rubber, and then track conditions would evolve to an optimum in the final minutes of the session. Perfect competitive sense, lousy TV.

Ferrari's on-track dominance in the early 2000s brought further clamour for change and FIA president Max Mosley, never one to eschew the limelight, positioned himself as a veritable thought leader in the battle to improve the spectacle. Under the one-shot system introduced for 2003, in a new session on Fridays every competitor completed a single flying lap, setting off in championship order. The times from this determined the starting order for the one-shot session on Saturday, the slowest driver setting off first.

Fairness depended on your perspective, especially if you were a driver disadvantaged by a sudden change in conditions. And the inescapable fact that track conditions are generally at their optimum at the end of the session meant inequality was baked in

As a further wrinkle, each car had to carry the fuel load with which it would start the race. After qualifying, they were impounded in parc ferme until shortly before the race, in effect forcing teams to qualify in race trim.

In theory, this was a near-perfect solution and you could see why its logic appealed to Mosley. It guaranteed cars on track throughout the hour and, since each driver had just one opportunity to set a lap, peril was constantly in attendance. It also eliminated several avenues of profligacy (such as having 'special' engines for qualifying) which were becoming a concern in an era of spiralling costs. Indeed, Mosley remains so satisfied with this state of affairs that he spends three pages of his autobiography congratulating himself.

In period, Mosley duly declared a victory for his new rules when the McLarens of David Coulthard and Kimi Raikkonen finished first and third in the 2003 season opener after scrappy qualifying laps consigned them to starting positions outside the top 10. Others were more measured in their appraisal; McLaren boss Ron Dennis sounded a note of caution, suggesting it would be better, on balance, if every car ran on light fuel.

The midfield teams rapidly cottoned on to fuel loads as a means of disrupting the established order. By running on light tanks, you could secure a higher grid spot than perhaps your car merited, thereby establishing track position that might deliver an advantageous result - particularly if there was an early safety car. 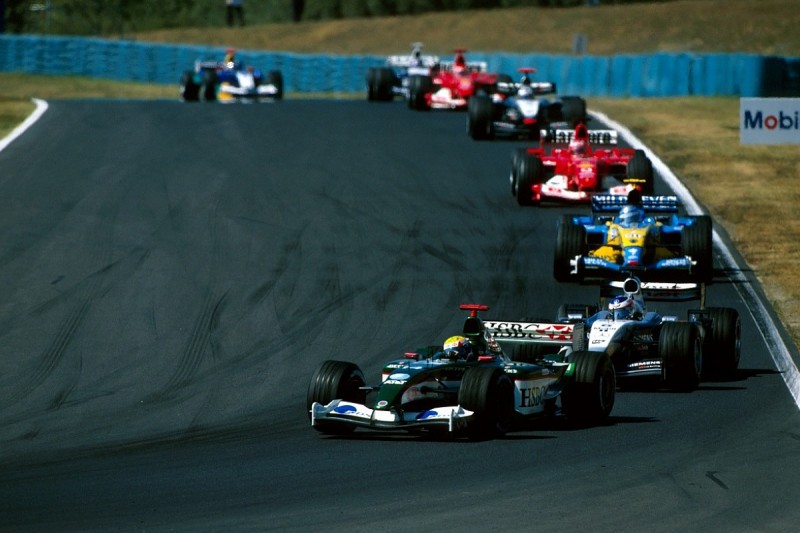 So, already, one-shot qualifying was beginning to deviate from purity. And, as with the lottery system of yore its fairness, too, depended on your perspective, especially if you were a driver disadvantaged by a sudden change in conditions. And the inescapable fact that track conditions are generally at their optimum at the end of the session meant inequality was baked in.

Amusingly, perhaps, Bernie Ecclestone - so often hand-in-glove with Mosley - not only loathed one-shot qualifying, by mid-season he was openly advocating a partial return to the lottery system, albeit only as a means of determining the final order of the fastest 10 cars in qualifying.

In trying to manufacture and distribute excitement across a full hour rather than engineering circumstances whereby drama naturally builds to a climax, Mosley had failed to understand the importance in sport of what psychologists call 'peak-end effect'.

This is perhaps one-shot qualifying's key flaw: not only was it hated by the commercial rights holder and the teams, fans didn't particularly engage with it either, although they did like the disruptive effect it had on grids.

With Ecclestone and many of the competitors aligned against it, one-shot qualifying was not long for this world in its original form. Subsequent tinkering not only diluted the concept, it rendered it outright absurd: from 2004 both one-lap sessions were held on the Saturday, and the starting positions in the first determined by the finishing order of the previous race. It was even more open to abuse than before, as demonstrated by Michael Schumacher, who spun deliberately in Q1 at Silverstone to get an early run in Q2 with rain in the offing.

One-shot qualifying finally had its jump-the-shark moment in 2005 when it was split across a low-fuel run on Saturday and a race-fuel run on Sunday morning, and the grid positions were determined by an aggregate time from both runs. This was about as far from peak-end effect as it was possible to travel. 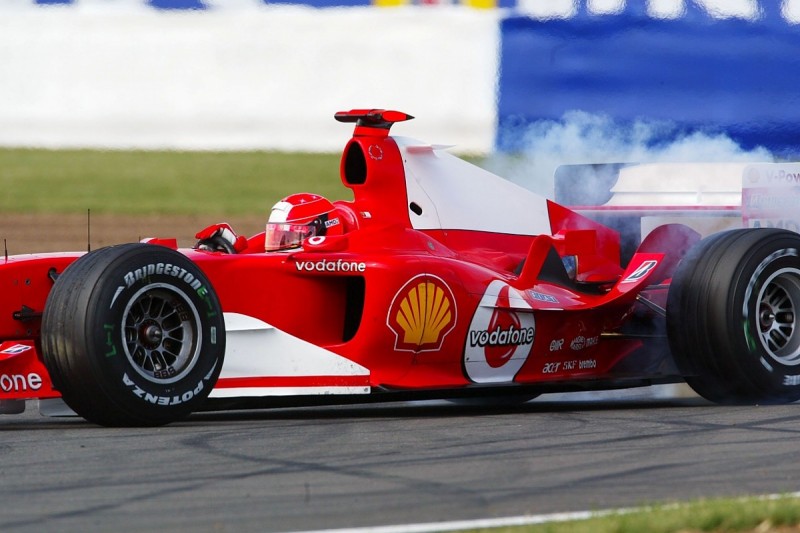 Baffling to armchair punters and competitors alike, aggregate qualifying was rightly despised - and ushered into retirement mid-season. Over the remaining races, F1 in effect reverted to the original one-shot system, but with a single session in which the competitors set off in the reverse of the finishing order of the previous race.

In the years that followed, F1 groped its way towards the elimination format that prevails today, and which ensures that the tension builds towards the end of the session, obeying the tropes of what makes good televised sport. But it has also had to withstand assaults from tinkerers, generally Ecclestone, whose last big idea endured for just two rounds in 2016.

What are the lessons to draw from this? Certainly that solutions, particularly poorly thought-out ones, generally make perceived problems worse.

Even so, there was much to commend in the one-shot era. It delivered on the goal of disrupting grids at a time when Ferrari's dominance was sapping audience enthusiasm for F1. It ensured every team had its moment on TV. It yielded pleasant surprises, such as the Minardis of Justin Wilson and Jos Verstappen finishing 1-2 in Q1 at Magny-Cours in 2003. And it provided an opportunity to shine for those drivers who could properly make one chance count.

Perhaps best of all, of complaints about traffic and the absence of blue flags... there were none. 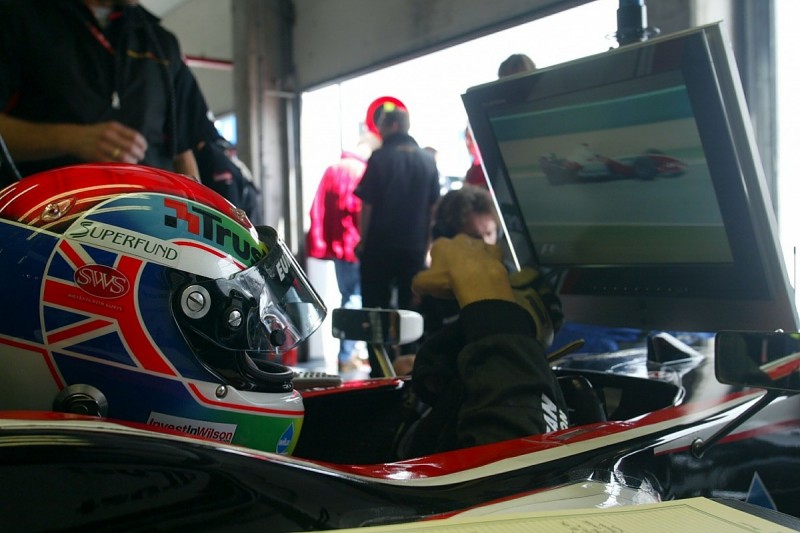