Esteban Ocon said he had no idea during Formula 1’s Brazilian Grand Prix sprint race that he and team-mate Fernando Alonso had clashed for a second time on the straight.

The Alpine pair brushed with each other early on the opening lap on the exit of Turn 4, but the more serious incident came just before they crossed the start/finish line as Alonso damaged his front wing on his team-mate’s car.

Alonso was forced to come into the pits for a new front wing, and criticised his team-mate over the radio.

However, he was later given a five-second penalty for the contact that dropped him back to 18th, with Ocon elevated to 17th.

Speaking to media straight after the race, Ocon said he had been unaware of the pit straight incident.

“I had no idea this happened,” Ocon said. “I got told now. Yeah, I don't know how that's possible.”

Ocon has been summoned by the race stewards at Interlagos for a potential breach of the rules over what happened.

While Alonso was unhappy about both opening lap moments, Ocon did not share the view that he had done anything wrong.

“That's his opinion, my opinion is different,” he said. 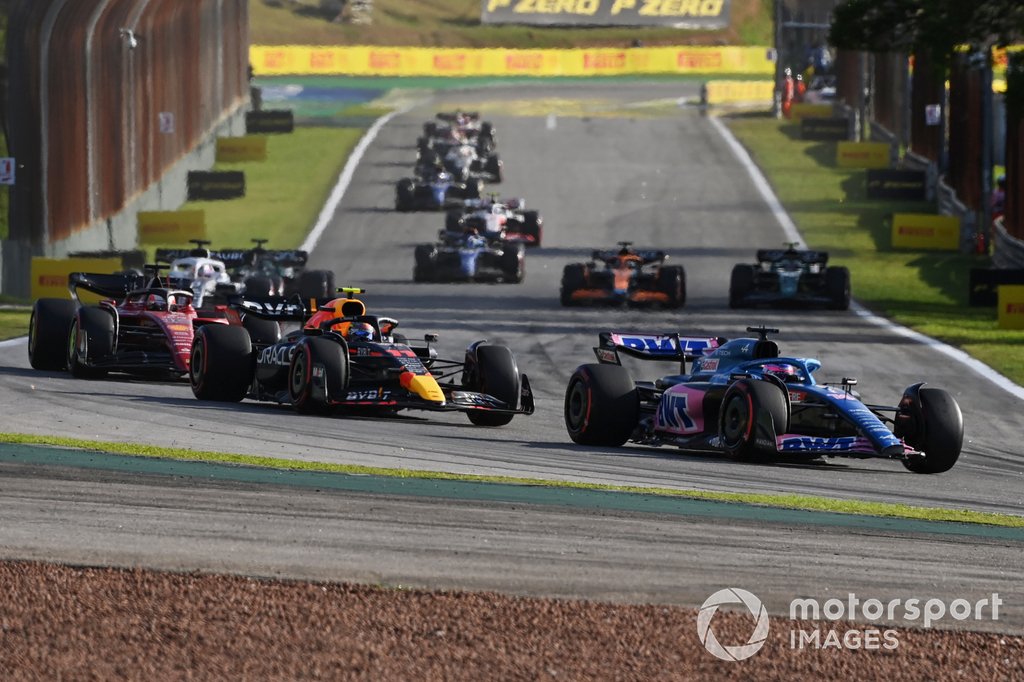 “I was in the front, so the one fighting is not me really. I was trying to attack the McLaren into [Turn] 4.

“I guess it's a race and we are trying to get the most out of everything, but today has been costly.”

While Alonso was outspoken about Ocon on the team radio during the sprint race, he had calmed down after the event.

Reflecting on the incident, the Spaniard said the most annoying thing about it was that it cost him the opportunity to score some decent points.

“Far from ideal when, on a sprint race, you touch on the first lap, because the race is too short to really overcome the deficit of the pitstop,” he said.

“Even though the car was great today, the pace, it was too short the race to recover.

“Just thinking of the positives, we're starting P15 tomorrow, we have a good chance to score big points because the car was surprisingly fast today.”

Asked by Autosport if the Ocon clash was similar circumstances to his accident with Lance Stroll in Austin, Alonso replied: “I don't know. I didn't see the TV properly so I don't know how it went.

“But I was sad that we didn't score points today, because at least my car was very fast. 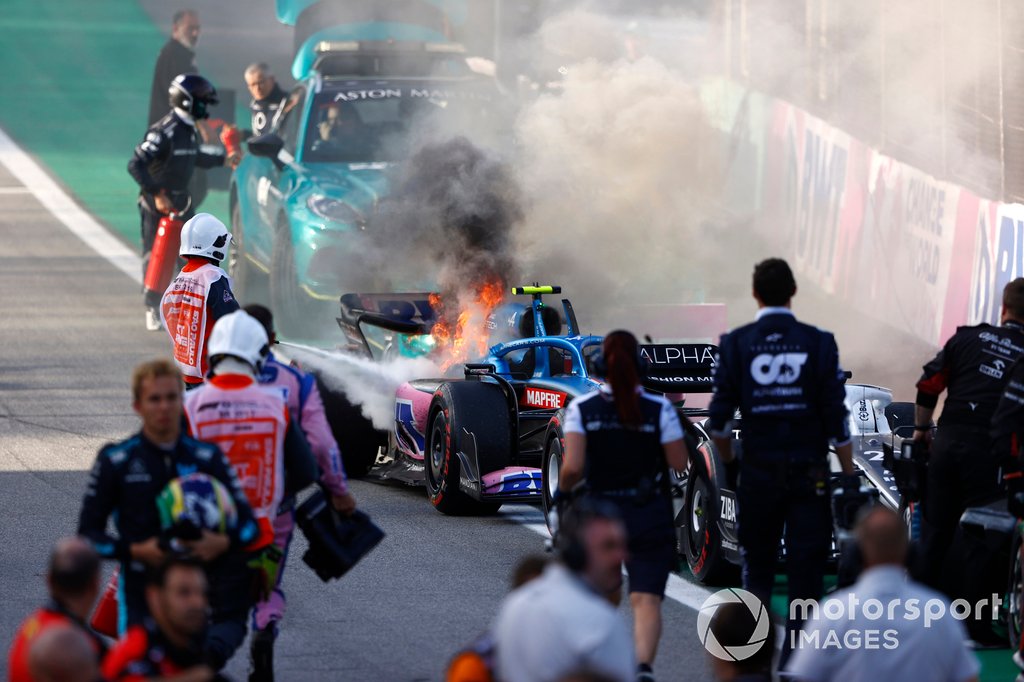 “On his side it was a little bit slower all weekend. But on my side we lost an opportunity. But not everything is lost, because tomorrow with a long race hopefully we can recover.”

The sidepod damage that Ocon picked up in the Turn 4 incident may have contributed to his car catching fire in parc ferme after the race.

“I don't know how it didn't fly [off]. The car was on fire as well, so I hope at the end there was no more damage."

Vettel: Stroll and I could have worked together better

Plus
Plus
Formula 1 43 min
Jonathan Noble