With Alonso fired up over his return to F1 next year, he has done some sessions in the Renault simulator in recent weeks to try to get himself more integrated with the Enstone-based squad.

And, with the Spaniard eager to keep tabs on how the team is progressing, Ocon says that Alonso's input and willingness to help is welcome.

"I've seen how keen he is, and of course he has sent me messages that if we needed anything, he would be there no problem," said Ocon, when asked by Autosport about the value of Alonso's involvement.

"It's good at the moment that he goes into the simulator - it's three opinions basically because it's me, Daniel [Ricciardo] and him.

"We are all practising on the sim before going to the races and to have a good start set-up to the weekend.

"So to have three confirmations is better than two, let's say.

"It's been good that recently he's been working closely with the sim team and I'm sure he will come very soon to a race - I expect him very shortly." 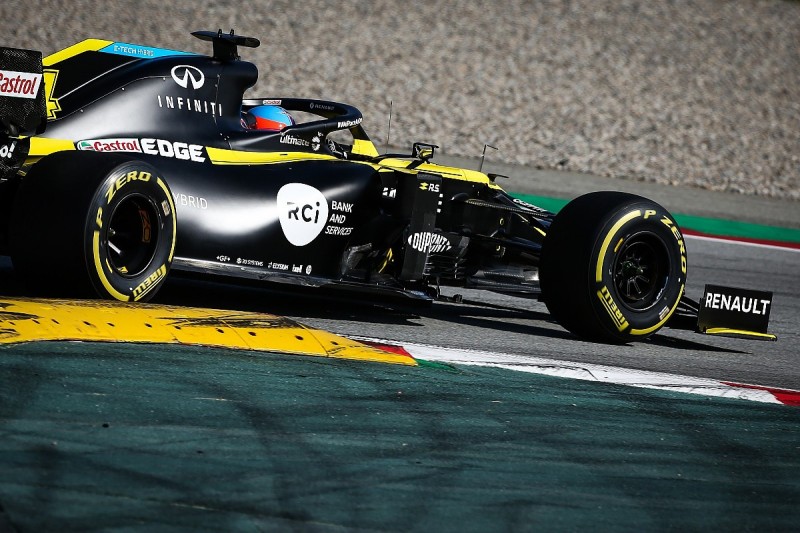 Last week Alonso tested Renault's 2020 car during a filming day at Barcelona, with the Spaniard having pushed hard to get out on track.

Renault wants to try to give Alonso as much mileage as possible, but it may now be restricted to only running him in 2018 machinery because of F1's strict testing restrictions.

But, even without any further running or being at the factory, Alonso says he is still well set up for each grand prix to offer his input.

"Of course I watch all the races from home and I have also a nice set-up," he said.

"I can follow the radio communications from the team, the debriefs, the strategy meetings, so I know what is happening every weekend.

"The results are getting better - the podium in the last race was I think a very deserved podium finally, for the hard work."