Esteban Ocon says that recent upgrades from the Alpine Formula 1 team have proved to be positive and have already paid dividends.

The Enstone outfit brought a major package of aero updates to the British Grand Prix, where Fernando Alonso finished fifth and Ocon was running eighth before a late retirement with a fuel pump issue.

In Austria, where the team brought another upgrade in the form of a revised rear wing, Ocon finished fifth.

Meanwhile, Alonso moved up to 10th after starting from the back of the grid and making an extra pitstop with a wheel issue.

The team currently lies fifth in the world championship on 81 points, the same overall total as fourth-placed McLaren.

Ocon hopes that with further work the team can aim to challenge Mercedes in upcoming races.

"It's very positive, and very happy to see that the one that we brought in Silverstone made quite a difference," Ocon said when asked by Autosport about the recent upgrades.

"We can really see it now. And yeah, I hope the next ones are going to be as big. We still have work to do to be able to perform against the Mercedes, because they are still too fast.

"So if they can, if the team can bring more of this stuff, we will take it."

Ocon noted in Austria that the team still has to ensure that the A522 is competitive at every type of venue. 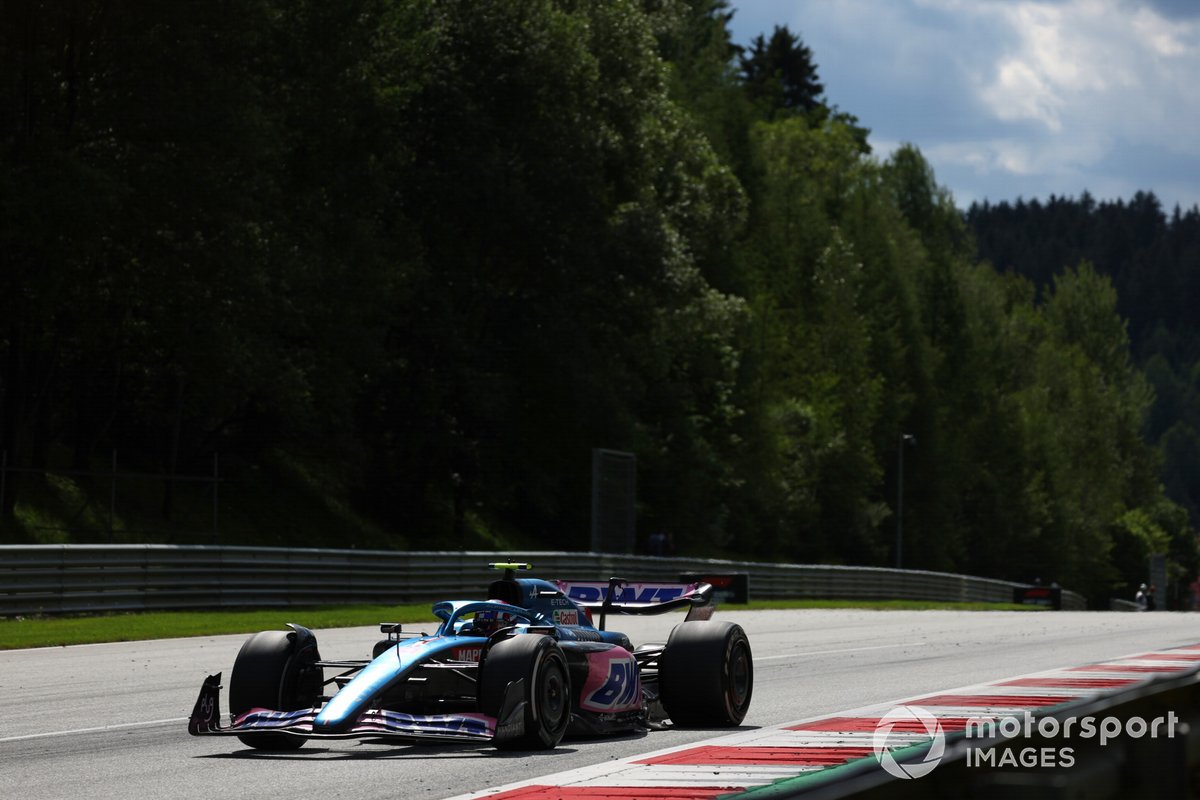 "We still have a bit of work to do on the consistency side," he said.

"There were times that I felt we didn't necessarily have the pace that the car could deliver. But this weekend has been perfect on that side.

"So there's still some learning curve for us to do to consistently perform at that level. But clearly this weekend, it was one where we optimised everything."

Ocon acknowledged that recent reliability issues have been frustrating, with his Silverstone race ending in retirement and Alonso's Austrian weekend compromised by a non-start in the sprint.

"I trust my team, obviously," he said. "But I mean, the team is aware that these are issues that we can't have, to be scoring good points. But in the end, the car is having performance.

"And it was always the plan, we wanted a car which can perform, can deliver good results. And the reliability will come, the more we go through the races."

Alpine team boss Otmar Szafnauer confirmed in Austria that the team will continue to bring upgrades with the limits of what the cost cap allows.

"Yeah, very encouraging," he said of the latest package. "We said at the beginning of this year that this is what this year is about.

"The learning curve in the tunnel is still really steep, so you've got to take advantage of that, keep putting performance on the car. So, we will continue to do that until we run out of money."