Esteban Ocon was left frustrated by his Monaco Formula 1 penalty that “ruined” his race, believing his collision with Lewis Hamilton was a racing incident.

Mercedes driver Hamilton was closely tailing Ocon for eighth place after pitting for intermediate tyres, quickly gaining on the Alpine car that still running on wets.

Hamilton called for Ocon to be investigated over his defensive moves, with the stewards taking action after contact was made between the two drivers at Sainte Devote.

As Hamilton lined up a move on the inside, Ocon moved across to defend, leading to a touch between his right-rear wheel and Hamilton’s front wing. Hamilton said over the radio that Ocon “turned in on me” and he was left with minor front wing damage.

The stewards investigated the clash and handed Ocon a five-second penalty for causing a collision, dropping him from ninth on-track at the end of the race to 12th in the final classification.

Ocon was left disappointed by the stewards’ decision after the race, saying the penalty “ruined it completely” and that he did not understand why it wasn’t deemed a racing incident.

“I'm very frustrated, because the opinion of everyone obviously is another one compared to what we got,” Ocon said.

“Apparently we all agree that, in the GPDA, as soon as there is a front wing next to a tyre there should be space. But I don't remember when this has been agreed.” 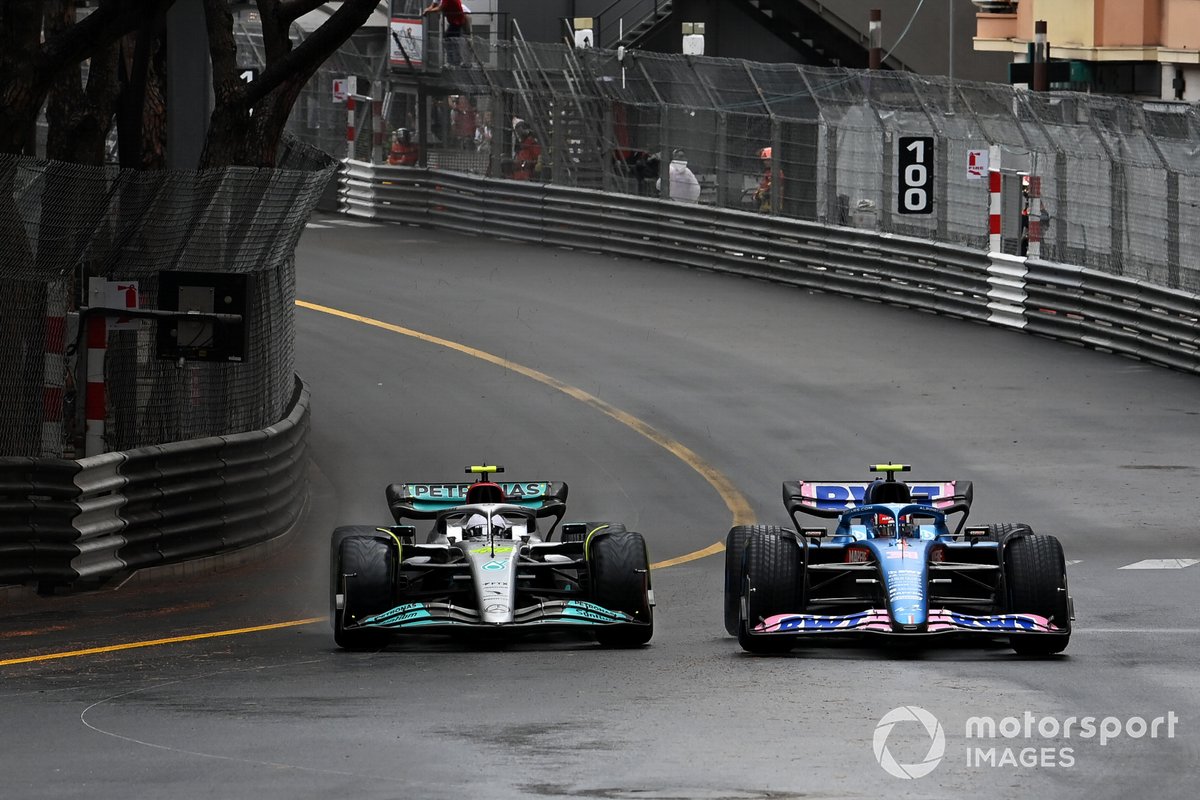 The stewards’ ruling claimed there was a “significant portion” of Hamilton’s car alongside Ocon, but the Frenchman claimed he was “just covering the inside”.

“We tried hard, we raced hard, obviously there was a bit of contact, but that should be a racing incident,” Ocon said. “It’s a bit frustrating.”

Earlier this year, the FIA published a set of guidelines for drivers regarding overtaking and who has the right to corners after a number of controversial incidents last season.

As part of considering what qualifies as a “significant portion”, the stewards said they would consider whether the front tyres of the overtaking car were ahead of the rear wheels of the other car by no later than the apex of the corner.

10 things we learned from the 2022 Monaco Grand Prix