Esteban Ocon says Alpine will investigate whether recent updates and changes made to his Formula 1 car are the cause of a slump in his qualifying performances.

The Frenchman had started the 2021 campaign strongly, with a run of Q3 performances in Imola, Portugal and Spain – with a top five place in the latter.

However, he failed to make it out of Q2 in Monaco, Baku and France, and in Styria this weekend he had his worst qualifying performance of the season so far as he was out in Q1 to start 17th on the grid.

Ocon said that there was no clear explanation for why things appeared to have gone downhill in recent races, especially with team-mate Fernando Alonso having enjoyed in uplift in form.

“For sure we are not happy with where we are,” said Ocon. “It’s not the aim for me or the team to be out of Q1. We are clearly unhappy with this, so we are looking into details to understand why that is.

“Obviously the margins are quite small here, but we were lacking pace since FP3. From FP3 to qualy, we were not where we want to be.

“A few things have changed for sure on the car since those times. I don’t know if that’s the reason, but we are investigating at the moment what it can be.

“We see some areas on the data where we lacked performance compared to Fernando. We’ll see, we’ll see what comes out of this. But for sure, we need to regroup and come back with a stronger performance, because we are not happy with where we are now.” 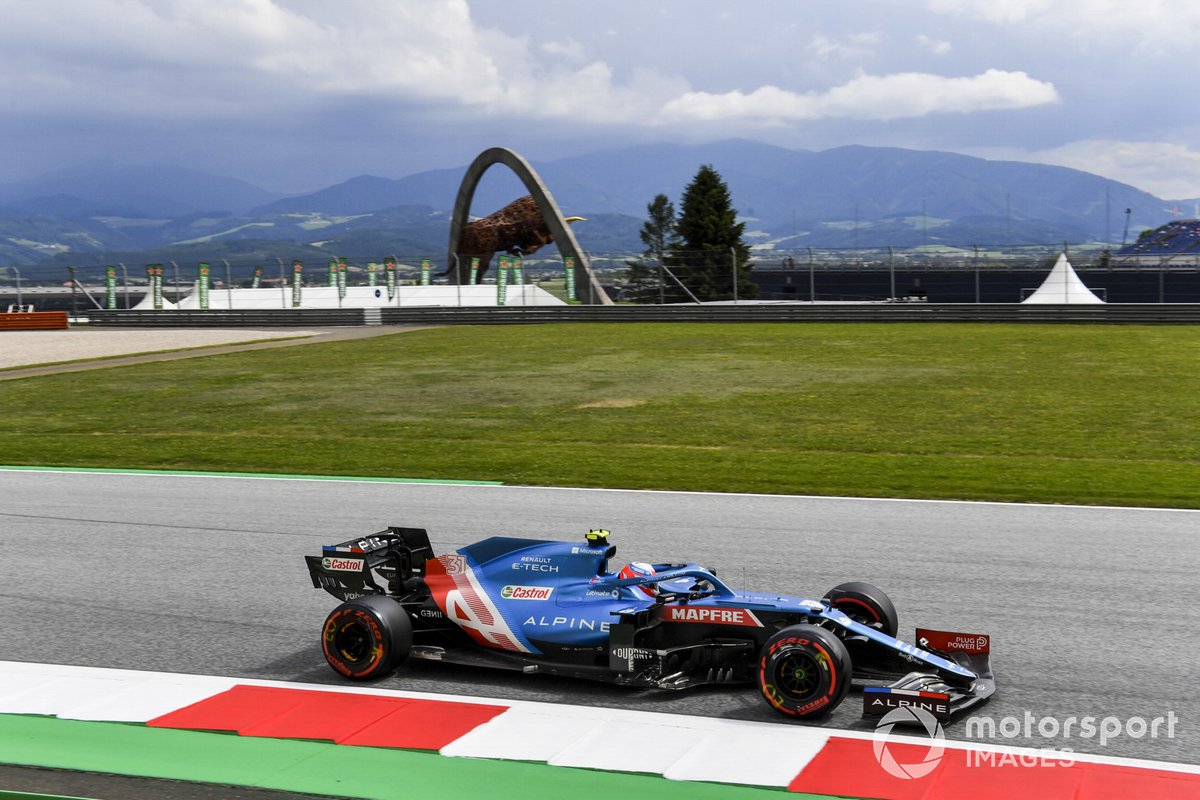 Alpine sporting director Alan Permane believes that Ocon’s deficit can be explained by small details – and perhaps looks worse than the reality in Austria because the track is so short.

“It’s tricky because here you miss a tenth or two and on such a short track like this then you are out,” he explained. “I think he was two tenths slower [than Alonso] in Q1, and that’s the difference between 11th and 17th. So it’s not much.

“He’s struggling a little bit high to low speed balance. Just dialling the car in there. A little too much understeer on the high speed and then if you try and correct that, you offset the low speed. I don’t think there’s anything sinister, nothing crazy, no big issues or anything like that.

“He’s not suddenly forgotten how to drive at all. Of course it’s frustrating for him. I can see that. And he’s missed Q2, Q3 in the last couple of races. But he’ll be back. He’ll figure it out and he’ll be back for sure.”