Esteban Ocon says Alpine’s new Formula 1 car floor helped the team to its Japanese Grand Prix double points finish as it made the A522 a “pure pleasure” to drive.

Alpine introduced the heavily revised floor in Singapore, while knowing that any gains wouldn’t necessarily be maximised on the bumpy street track.

The early debut did at least allow the team to learn about the update and make the most of it at Suzuka, a track with the sort of fast corners where it was expected to provide a clear benefit.

With Ocon taking fourth, Alpine’s best finish of the season, and team-mate Fernando Alonso in seventh having just lost out to Sebastian Vettel at the chequered flag, Alpine retook fourth in the F1 world constructors’ standings from McLaren by seven points with four races remaining.

“I think it was a matter of time until we could really show what the car was capable of,” said Ocon when asked by Autosport about the benefits of the new floor.

“We were able to do that this weekend in general – we were fast in all conditions.

“It's been awesome. It's been pure pleasure to drive that car in qualifying yesterday and in the race. A few things to review, but we scored, which was important.”

Ocon had a busy race, spending most of it fending off the Mercedes of Lewis Hamilton, while trying to manage his intermediate tyres.

“It was definitely tough,” he said.  “I was looking more in the back than in the front in that race.

“We knew it was going be tough to keep the Mercs behind. But we've done it, so very, very pleased.

“It was looking like no points from where we started with the conditions, but in the end I think it's a good afternoon for us.” 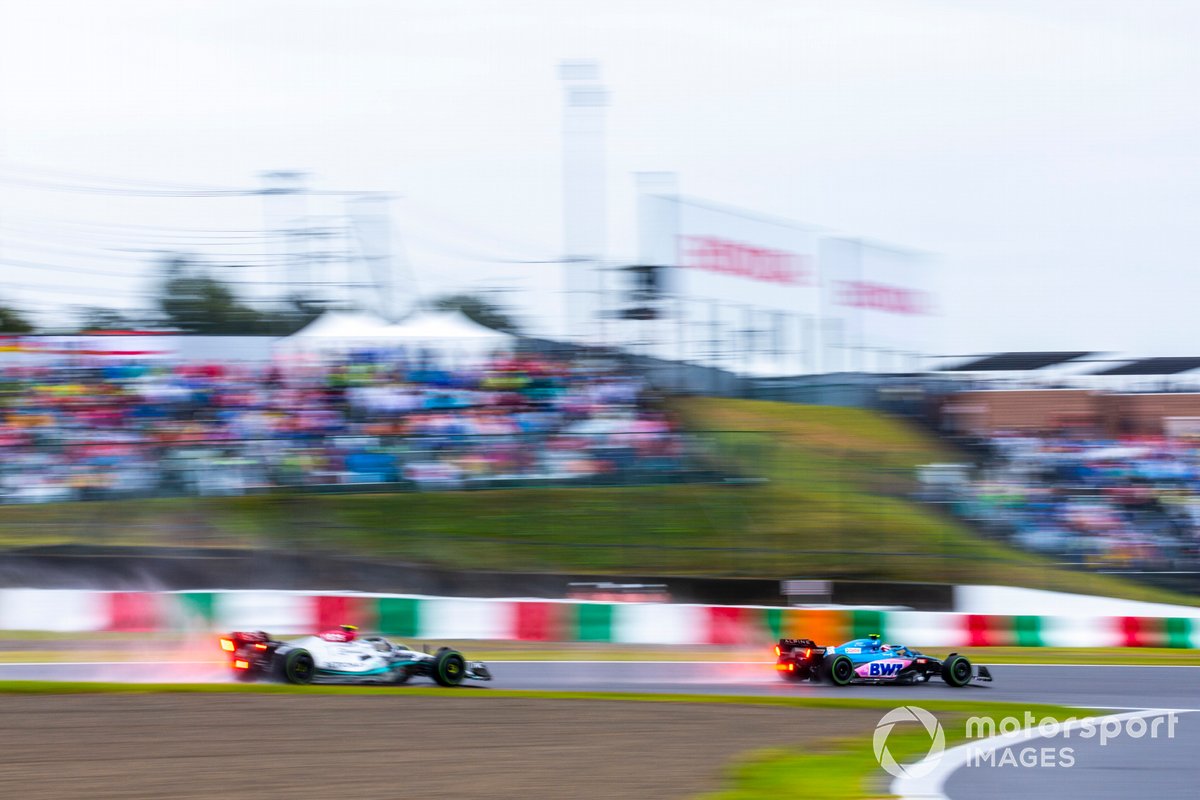 Speaking after the team’s strong qualifying performance at Suzuka, when Ocon claimed fifth on the grid and Alonso took seventh, the Spanish driver said the car felt as good as it had all season, citing the Belgian GP as a previous high point.

“I think this one and Spa,” he said when asked by Autosport if the updated car was the best of the year. “Arguably both circuits that are quite similar in terms of efficiency.

“Spa and Suzuka were our best weekends so far in terms of performance. We need to see what is behind this this result.

“The car felt great all weekend, so I don't know if it's the floor that we introduced in Singapore or not but we didn't have any problems. We seem competitive.”

Regarding the fight with McLaren, he said: “I think Singapore was standing out because it was a big loss in points there. But I think it's going to be very, very tight until Abu Dhabi.”

Seidl: "Very tough" for McLaren to stay in fight with Alpine