The Frenchman struggled to match the pace of team-mate Daniel Ricciardo - who will start from fifth position - and could manage only 11th place in Q2.

He was then bumped down to 14th by a three-place penalty for impeding fellow Mercedes protege Esteban Ocon in Q1, while

Ocon expects to have to fight to make up ground with a car that is potentially quicker than some of those ahead.

"For sure it's going to be a war tomorrow," he said after the session.

"Where I will start, normally there are slower cars around there. We should have a better pace and make some moves like we did last week.

"Of course we are starting quite far off the points. We are going to try and get the most opportunity that we can, but it's not going to be easy, even though normally we should have the pace to get back into the points.

"On the penalty side it's unfortunate what happened. I was on the out lap overtaking [Antonio] Giovinazzi, I was not aware that Russell was coming. I got the penalty and I think it was deserved, it ruined George's lap. Not well managed from our side." 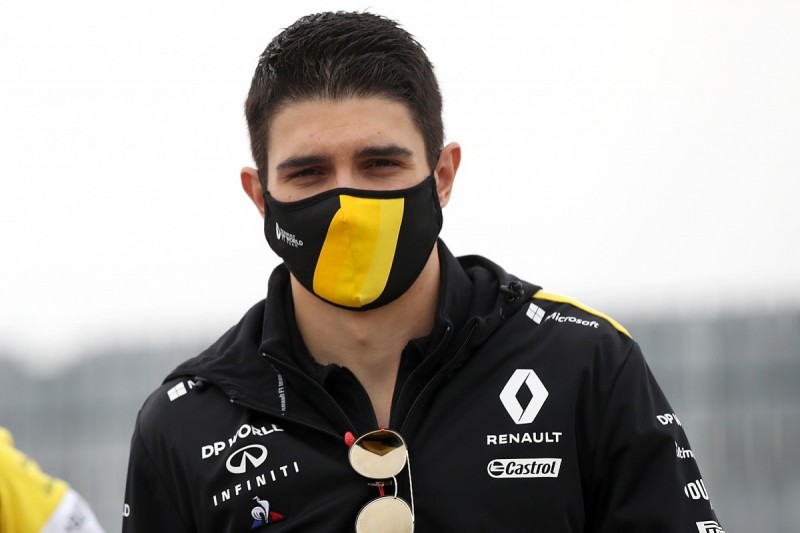 Ocon indicated that there was a disparity in the performance of the two cars that Renault could not explain.

"There's a lot of tests that we've done basically, and we didn't find the right thing to put on our car, he said.

"There's clearly a difference between the two cars.

"Obviously they are the same spec, and we're looking to see what went wrong on mine, and what we could do better to close that gap down, and see where it comes from, basically.

"On my side, I just couldn't get as quick in some corners as Daniel did. I think on his side there has been, what we are looking for, the good step from last week to this week. On our side we didn't improve as much as we are supposed to. We need to have a good review, but for sure we have already seen a few things that don't really stack up.

"I think it's probably something that's not working as it should do. I was quite a lot down on straight line speed. That is the first thing between the cars."

Renault sporting director Alan Permane said there was no need for the team to "panic" about Ocon's lack of pace this weekend.

"Of course we need to understand why, and he's deeply frustrated about it. He needs to keep calm, it's his first season with the team. If you're two-and-half tenths away from Daniel Ricciardo, you're doing OK, he obviously wants to be two-and-a-half tenths in front of him, and rightly so.

"I don't think there's anything sinister there, it's just that Daniel's car was perfect, and Esteban's wasn't quite perfect. There's nothing to panic about."