Lando Norris has accepted the team orders imposed by his McLaren Formula 1 team that obliged him to stay behind team-mate Daniel Ricciardo at the end of the Azerbaijan GP.

The two drivers started on different strategies, with Norris on the medium tyre, and Ricciardo behind him on the hard.

Ricciardo had decent pace behind Norris in the first part of the race, and just prior to the latter’s pit stop he obeyed an instruction to wait behind when he had a chance to pass.

Later Ricciardo gained by being able to make his stop under a VSC, which allowed him to jump ahead of his team mate.

In the final stages of the race Ricciardo was chasing Fernando Alonso with Norris just behind him and asking if he could pass and attack the Alpine driver.

Norris was told to hold station and despite his obvious frustration the Englishman accepted the decision, and the two McLarens crossed the line in eighth and ninth places.

"I think it's quite simple,” he said when asked to explain McLaren's team orders by Autosport.

“There was one lap just before I boxed that Daniel could have overtaken me, and didn't. I think he was told just to defend to [Pierre] Gasly pretty much until I boxed, but I boxed the next lap.

“So there was one lap he stayed behind me, and I guess the return favour for him just not overtaking me was for me not to overtake him.

"I could have done, I was alongside into Turn 1. And it was a tough decision whether to really do it or not. My pace on the hard was quite a bit stronger.

"I went with what we decided as a team and stuck with that. He just had the luck of the VSC pitstop, and he came out on the medium at the end. So I just would have thought he had a bit more pace and could attack Fernando much better.

“As a team, I think we just did a good job today, we did what we wanted, which was to finish in the points."

Norris conceded that it wasn’t easy to stay behind, but acknowledged that there was a bigger picture. 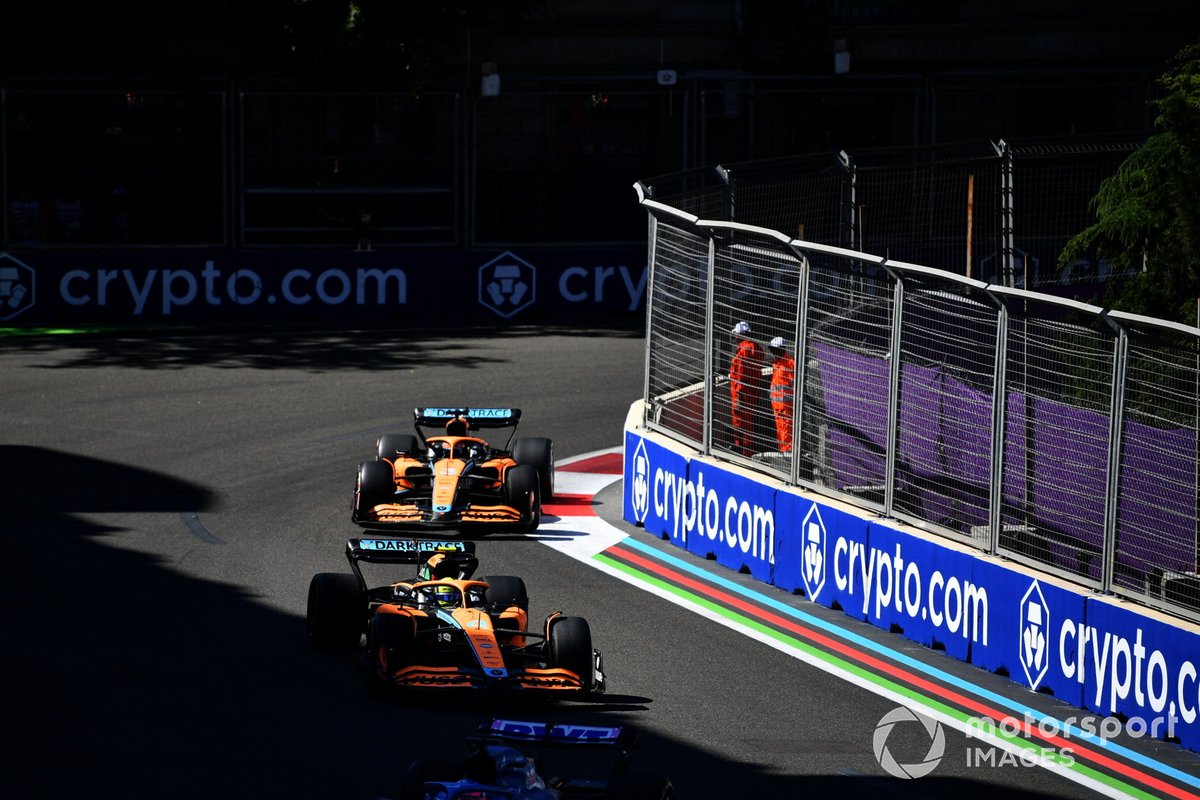 He added that he would however talk to the team about how the race played out, pointing out that Ricciardo hadn’t really sacrificed anything when he didn’t make the pass early in the race.

“Honestly, if I finished eighth or ninth today, it's not the end of the world, it doesn't change too much. We just want to finish as high as possible.

“So I think just racing for a normal position at the end. He wasn't there, or behind me or whatever, or in a different position, because of what we did earlier in the race.

“We thought that would help me, but it didn't. And therefore at the end of the race, there was nothing to gain or lose between us."

Ricciardo acknowledged that orders had played in his favour but insisted that Alonso would have remained out of reach had he allowed Norris by.

“I think the hard was the better tyre,” he said when Autosport asked about his strategy. “We were quicker at the beginning. There was some team orders there.

"Then at the end, Lando was quicker on the hard, and there was some team orders, so it kind of swung both ways.

“Early in the race I was in his DRS and I lifted, I didn't pass when I easily could have. At the end I think he was in my DRS and he was probably the same, he probably could have passed me with a lap or two to go. So I guess it was just a favour was returned.

“In any case, even if I released him, I don't think we had anything for Fernando. I saw early in the race Lando was exiting Turn 16 on his gearbox and still couldn't overtake.

"So I don't think it changed the team result, I think we're going to be eighth or ninth regardless.”