However, he acknowledged that the big update package brought by the team this weekend had worked well and done what it was supposed to do, while admitting that it was never expected to generate a dramatic gain in lap time.

Norris struggled in the earlier wet parts of qualifying on intermediate tyres, scraping through Q1 in 15th and then getting out of Q2 in ninth. However, on slicks in the final segement he found some good speed to take sixth place.

“In Q1 as the track was drying away the balance was kind of going away with the track too much,” he said. “I think when we were on a new tyre, beginning of Q1 or beginning of Q2, then things were good.

“But also as it was getting drier in general, on the intermediate tyre, I feel like we were drifting away a little bit as well, or people could just unlock a bit more lap time than what we could.

"I don't think we're anything exceptional. It's still in that stage even in Q2, I think I'd only just made into Q3.

“The bigger thing was slicks in the wet in Q3, so it matters less about the balance of the car and more about the risk you can take.

“So yeah, it depends more on who can take a bigger risk, and who can afford to take them.

"I guess everyone can afford to take risks, but who can find that balance in the limit quickest on those two, three, four laps that we had in the end. And that matters less about car balance, and more on the drivers." 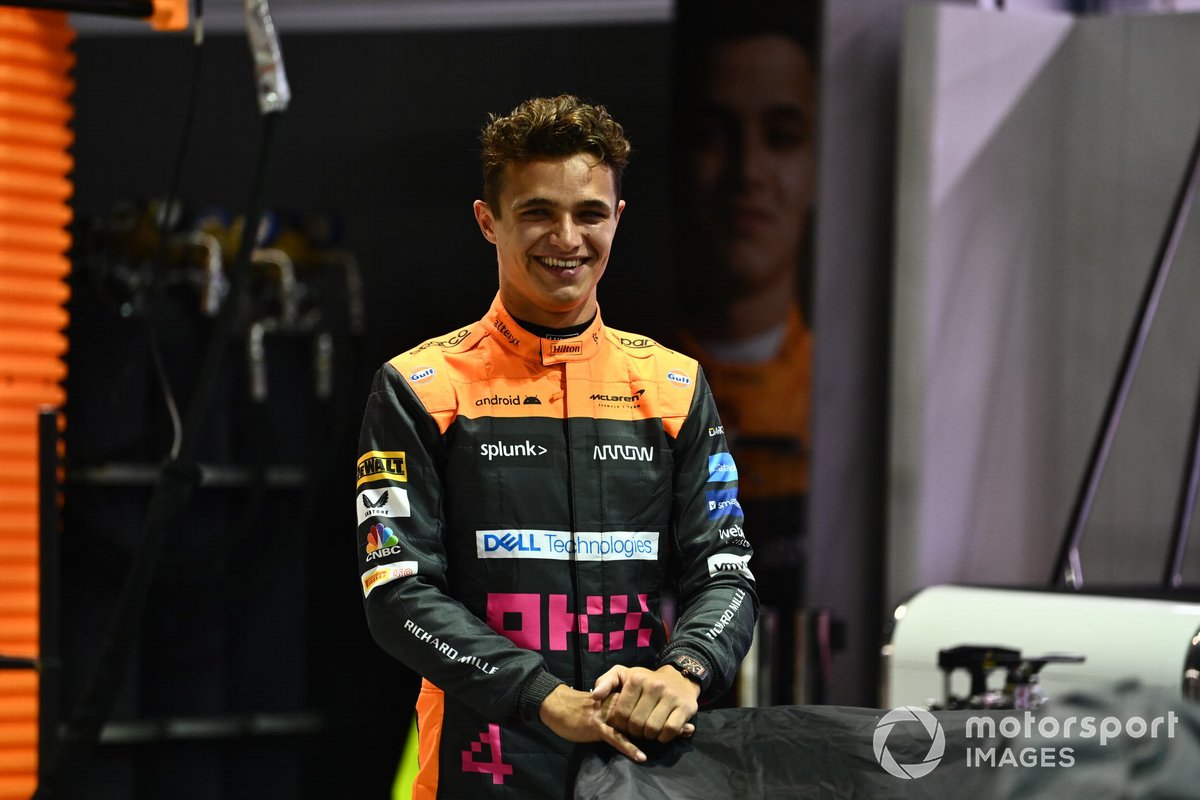 Norris fears he might find it hard to hold on to sixth place in Sunday's race, whatever the conditions: “I kind of hope for a dry race. And I just kind of pray that it's the most difficult race ever in F1 to overtake.

“I feel like my mirrors are going to have a lot of cars in! I don't mind, but I kind of have a bit more faith if it's going to be dry to have a good result then then if it's wet.

"But I don't mind I think both are good challenges, and both are a lot of fun, especially on this circuit."

Asked by Autosport about the upgrade package, Norris agreed that it had worked as intended.

"From my side there's not too many differences, which is a good thing. I think from what I know, it's correlated well, and things have performed like they should have.

"Which is a good thing, I think. I hope we made it clear on Friday that it wasn't something that we're going to bring here and just go half a second, a second quicker. That's not what it is.

“But it gives us more hope in the future to take some of those steps further forward. Differences? Some things, I think positive and good, and some things we still need to work on quite a bit.

"But I think it's a positive from my side. And hopefully, we can extract what we think we should be able to into the future.”

McLaren technical director James Key agreed that the package had worked well, but stressed that the team needs to run it on a more traditional circuit like Suzuka, where Daniel Ricciardo will also have the updates.

"The conditions here have been so variable, it's not been great to test everything,” he said when asked about the changes.

“But what we could tell from dry conditions yesterday is that, broadly, everything correlates, and there's certainly nothing wrong, which is great.

"It's quite a big change to certain areas, a little bit experimental in some cases.

“But it did what it should do, which is good. And I think the good result we got in quali kind of shows that we haven't got anything strange going on.

"How to set it up? Difficult to tell, we're going to have to see more regular tracks.

“We've got Suzuka coming up, which is it a little bit better. We'll begin to learn a little bit more about it, I think in circumstances which haven't been quite as extreme as this weekend, with both the weather and the nature of the circuit.”