Lando Norris is to go to hospital for precautionary X-ray checks on his elbow following his high-speed crash in qualifying for Formula 1’s Belgian Grand Prix.

The McLaren driver had topped both Q1 and Q2 in the wet conditions that had prompted a late start to Saturday afternoon’s action.

But as the rain increased at the start of Q3, Norris was caught out by aquaplaning through Eau Rouge as he went for his first flying lap.

The British driver tried to correct his slide but speared off into the barriers on the left-hand side, hitting the tyre wall with the rear of his car before spinning down the circuit and ending up in the runoff of Raidillon.

Although able to climb out of the car unaided, Norris was seen holding his left arm and elbow as he was led to the medical car.

Having been taken to the medical centre, which is a mandatory requirement after such a high-speed impact, McLaren team principal Andreas Seidl has confirmed that Norris has been sent for further medical checks on his elbow.

Although Norris’s car was badly damaged in the accident, the team still has the possibility to build him a fresh chassis for the Belgian GP on Sunday – although that would force a pitlane start. 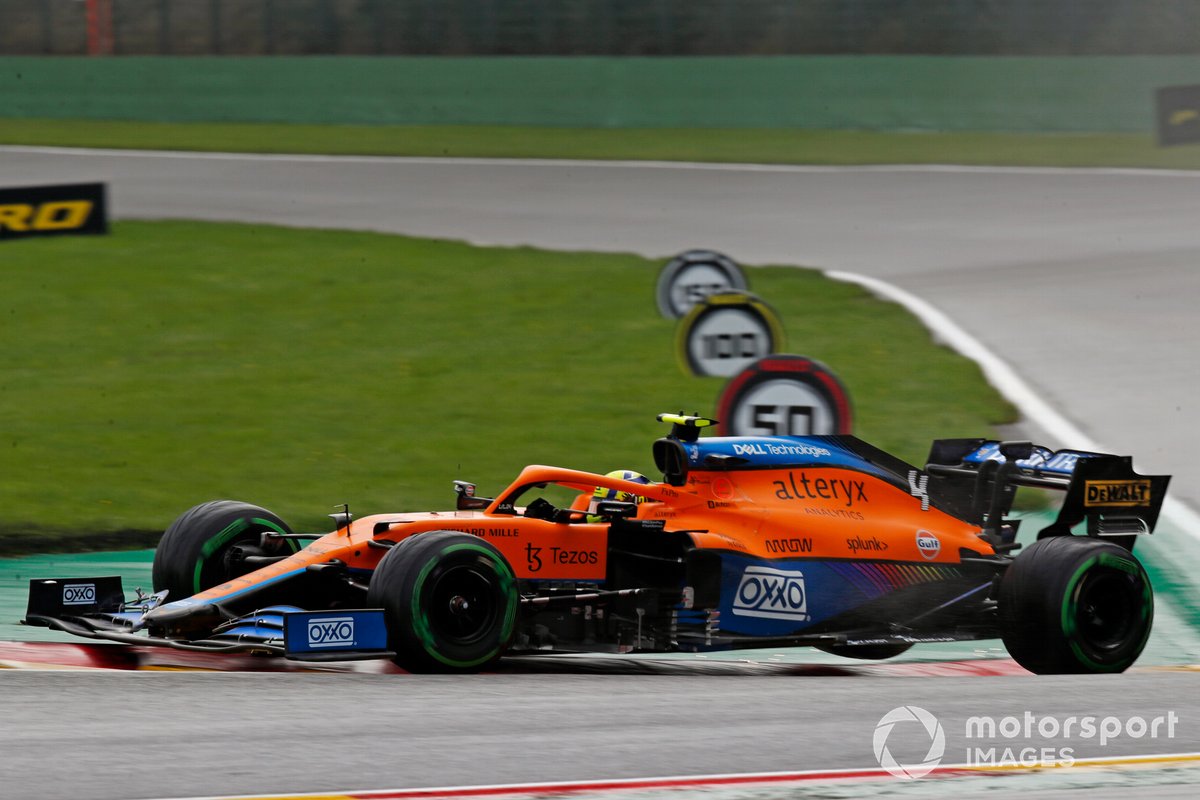 Speaking about Norris’ condition, Seidl said he was not too concerned about matters.

“It's just a precautionary check,” he told Autosport. “We think it's fine. But we need to obviously wait for the analysis.”

While Aston Martin’s Sebastian Vettel was left angry that the Q3 session had not been red-flagged prior to Norris’ accident, Seidl did not believe a wrong call had been made.

“I think it would be completely wrong now to point fingers on anyone,” he said. “In the end, it's difficult conditions. We lost the car, so just have to move on.

“I think it was obvious that it was tricky to drive. Drivers were reporting aquaplaning, but in the end Lando was in top form.

“There was a chance to finish quite high up today. He went for it. And sometimes you have to accept it can end up like this. The most important thing is he's fine. Now we move on.”