Lando Norris believes Silverstone will highlight the “big differences” in the 2022 Formula 1 cars through the high-speed corners at one of the fastest tracks on the calendar.

F1 overhauled its technical regulations for the 2022 season in a bid to make it easier for cars to follow each other and battle wheel-to-wheel, improving the on-track spectacle.

One of the major changes was the return of ground effect, making use of venturi tunnels underneath the chassis to allow the cars to reach higher speeds through fast corners by generating more downforce.

McLaren driver Norris was hopeful the track would show the big step forward made by the new cars and allow for an improved quality of racing in the British Grand Prix.

“I think racing this year has also been generally better. Maybe not so much at, let's say, tracks purely with long straights.

“But tracks where you’ve got these longer corners, such as Silverstone, I think that's where you see the big differences compared to previous years.

“I'm hoping that will stack up and prove to be better racing, more enjoyable.” 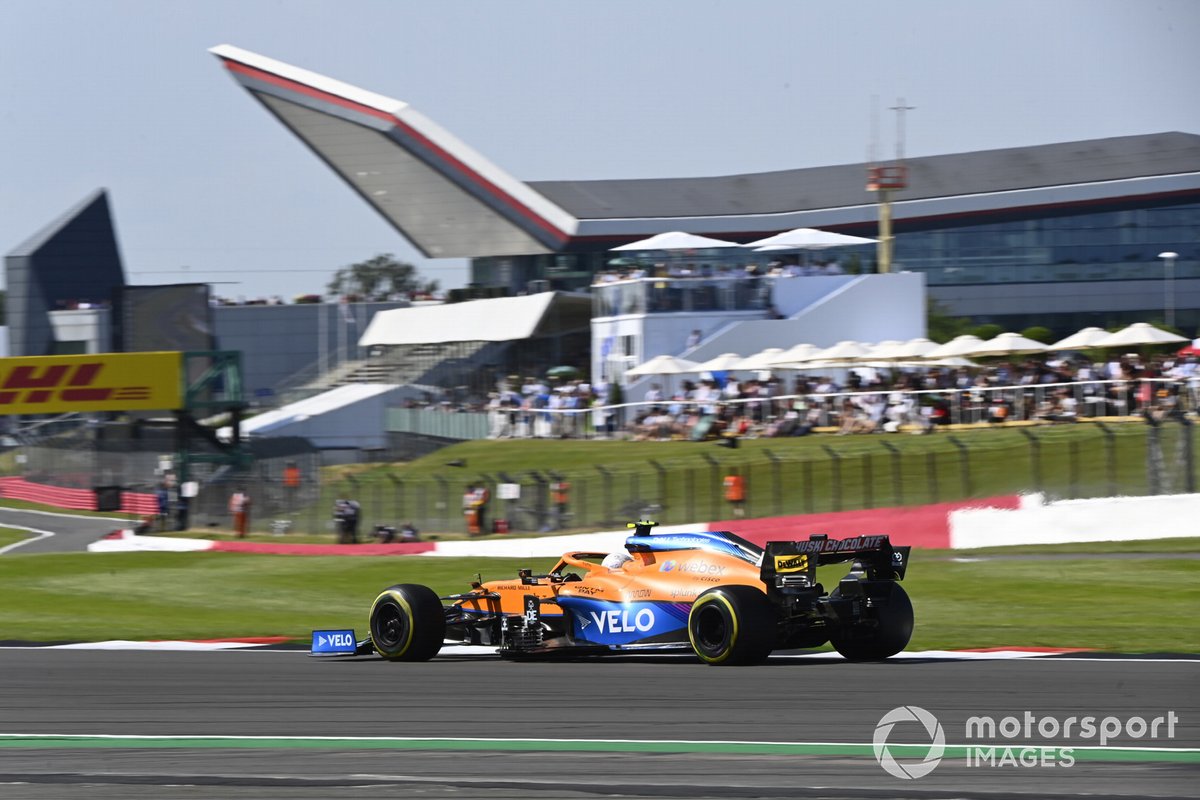 The British Grand Prix is set for another sell-out crowd across the race weekend as fans cheer on a trio of British drivers: Norris, and the Mercedes duo of Lewis Hamilton and George Russell.

Hamilton echoed Norris’s thoughts on Silverstone being an ideal track to show how good the new cars are through the fastest corners, and was optimistic it would result in an exciting race.

“With these cars that we have today, I mean, if you look at Barcelona we had bouncing in the high-speed corners, so it might not be spectacular, but I'm hoping by then we may have fixed it. But we will see.

“I think for all of us, it is going to be amazing. And we also can follow a little bit closer this year. So hopefully the race will be better.”

Hamilton and Russell will enter the weekend hopeful of an upturn in fortune after a difficult start to the year that has seen Mercedes struggle to get to grips with the new regulations, encountering porpoising and bouncing with its car.

Although Hamilton was hopeful the Silverstone layout would suit the Mercedes W13 more, he remained wary of the impact the bouncing may have on performance.

“So I don't know how it's going to be through Copse and all those places. It'll be interesting for us there.