McLaren driver Lando Norris would feel “sad” if Spa dropped off the Formula 1 calendar for 2023, saying that “things are just about money nowadays.”

This weekend’s Belgian Grand Prix at Spa could be the last for the time being as F1 plots its calendar for next year that will reach the limit of 24 races.

Spa is one of the most popular tracks on the F1 calendar thanks to its fast layout and world-renowned corners such as the Eau Rouge-Radillon complex, making it one of the most challenging for drivers to master.

Asked about the possibility of Spa falling off the calendar, Norris said: “I’ll be sad.

“I guess a lot of things are just about money nowadays, which is the issue. It’s a business.”

New races will be added in Qatar and Las Vegas, while F1 officials are working to secure a return to South Africa at Kyalami for next year. The Chinese Grand Prix is also hoping to return, should COVID-19 restrictions allow.

The French Grand Prix is set to be axed from the schedule, while there is also uncertainty over Spa, which is out of contract after this weekend’s race.

It is understood the future of the race in Belgium depends on whether or not F1 is successful in getting South Africa a slot for next year.

“It’s a shame,” Norris said of the possible loss of Spa, which he called “one of the coolest circuits of the whole season”. 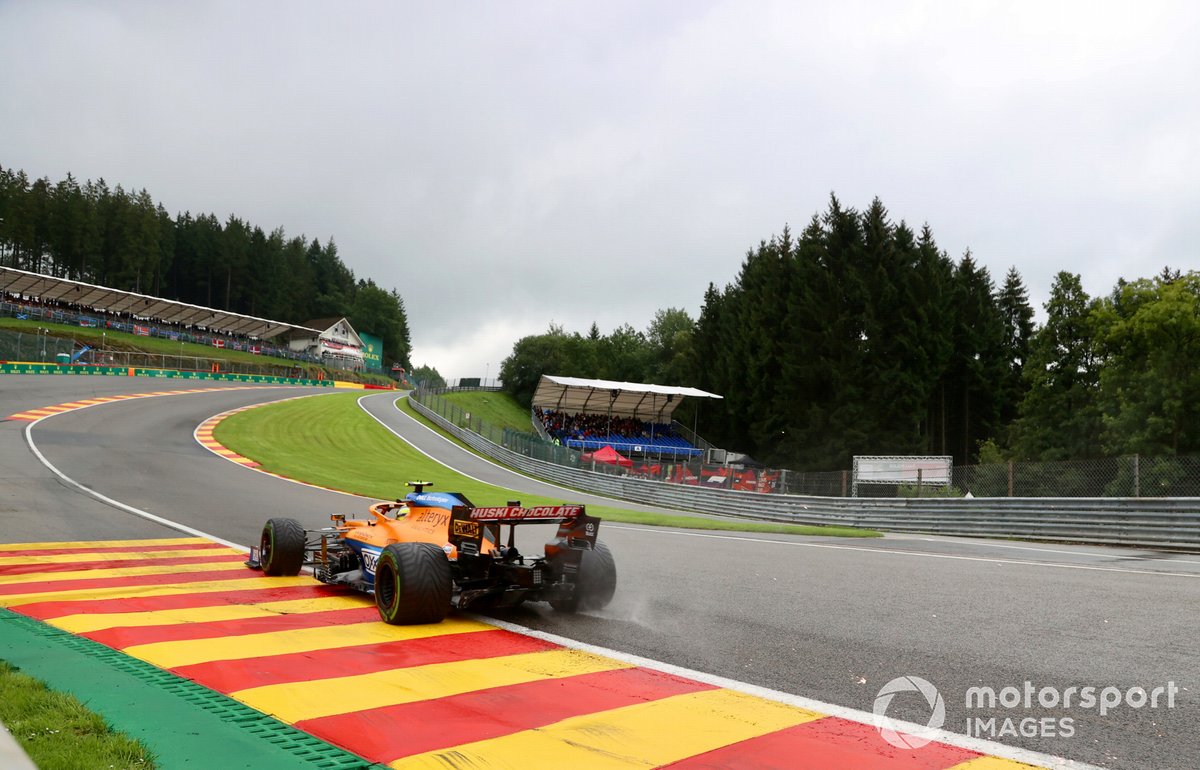 “It’s a historic race for Formula 1. It’s the same as Monaco, from what I know they don’t even pay and it’s on the calendar.

PLUS: Why all signs point to F1’s Monaco special relationship continuing

“Same with like Monza and stuff. I feel it should always be on for as long as Formula 1 is around.”

Norris has not been alone in expressing his disappointment at the possible loss of Spa. Reigning F1 world champion Max Verstappen said last month it would be a “big shame” if it dropped off the schedule, as well as warning against the series’ calendar becoming diluted by street circuits.

Spa has been clear in its willingness to embrace the model seen at a number of other F1 races, placing a heavy emphasis on entertainment off-track to help tap into the new audience of fans.

An €80 million renovation project has been completed ahead of this year’s race, installing a new grandstand at Raidillon and easing some of the traffic issues that have blighted Spa in recent years.

The track itself has also undergone some adjustments, including fresh barrier placements and the extension of run-off areas, to ease safety concerns and make it suitable to host motorbike racing.