Lando Norris has rubbished the “completely untrue” speculation on social media that he and departing McLaren Formula 1 team-mate Daniel Ricciardo have a soured relationship.

Ricciardo and McLaren will part ways at the end of the 2022 season after two years together during which the Italian Grand Prix winner has largely failed to meet expectations.

Both during the struggles and in response to the announcement of Ricciardo’s forthcoming exit, Norris has expressed a lack of a sympathy for the Australian given the decision from McLaren was based on a string of disappointing results.

Speaking last month, he said: "It's not me having a dig or anything but when you look at the results... if you want two people to be at the same level then you're not surprised.

"It's hard to know when to call it, I guess, which is what [McLaren have] done."

"People will probably hate me for saying it but it's difficult because I never know if I might encounter that in the future with this car or with a different team or whatever, so I never want to contradict myself going into the future, but I've just got to focus on my driving."

These comments plus a perceived lack of social media interaction between the two compared to the Briton’s close relationship with ex-McLaren team-mate Carlos Sainz and Max Verstappen, among others, has given rise to conjecture that there is a rift between the duo.

A clip of Ricciardo sat on his own during the most recent Belgian Grand Prix while the other drivers interacted also gained traction earlier this week. 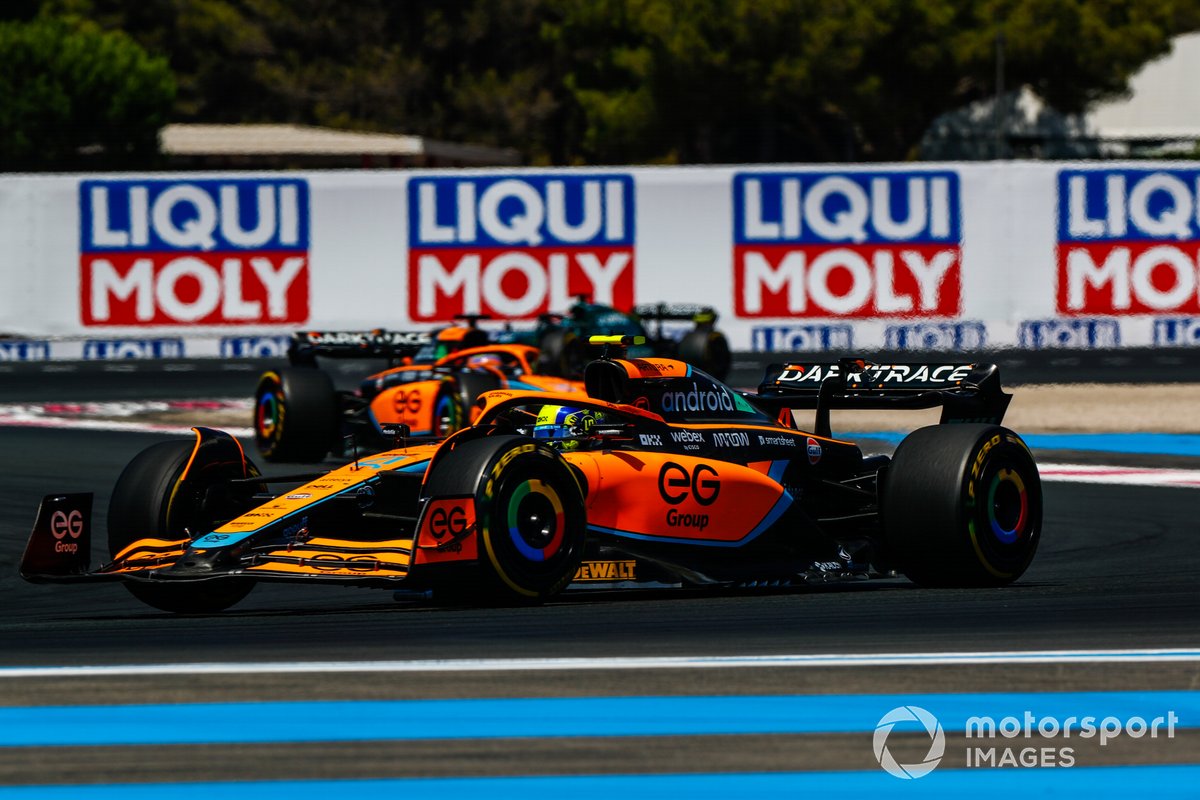 But Norris used the Thursday press conference during the Dutch GP weekend to dismiss any notion that the pair are divided.

He said: "I want to be friends with as many people as possible and similar to how I am now with Daniel.

“We get on really well.

“For some reason people think otherwise, but this is completely untrue.

“We have a lot of fun together, we spend a lot of time together.

“But just things are different - just because he's a bit older and he's into different things.

“He's not into playing golf and so on.

“So therefore, you don't see it as much on social media and whatever.

“But I think our friendship is good and the respect we have for each other, and I'm pretty sure that will continue into the future.”

Norris has previously opened up about his uneasy relationship with social media, having revealed he has been subjected to death threats and online abuse.

Similarly, ahead of the race at Zandvoort, he posted a pre-emptive comment on the status of his romantic relationship with the intention of preventing any further discourse.