Lando Norris says drivers racing to beat the chequered flag in Formula 1 qualifying in Azerbaijan was more dangerous than the offence he and Lewis Hamilton were investigated for.

Norris and Hamilton both escaped sanction after being summoned by the stewards for allegedly driving unnecessarily slowly.

Norris insisted that the dramatic end to Q1 in Baku, when 15 drivers raced out of the pits with 2m30s on the clock, in an attempt to beat the chequered flag and get a lap in, was a more dangerous situation.

The stewards summoned Hamilton and Norris after they were deemed to have breached the rules regarding driving unnecessarily slowly on out laps. Hamilton was hoping Norris would pass him and provide a tow, but the McLaren driver, who was being followed by team-mate Daniel Ricciardo, declined to do so.

Prior to seeing the stewards, Hamilton was adamant that he'd done nothing wrong and followed the rules, staying above the delta time prescribed by the FIA.

In confirming their verdict of no further action the stewards agreed that neither driver was at fault.

Regarding Hamilton they wrote: “The driver, in evidence, stated that he did slow down in order to endeavour to be passed by car 4, to achieve a ‘tow’ on his fast lap, however car 4 obviously had the same intent and decided not to pass him.

“Although car 44 was slow, the stewards note that for the lap the delta time was respected, the driver pulled over to the left and off the racing line, this occurred on a straight where visibility was not an issue and there was no potential danger at any point, to any other driver. The three cars on this portion of track at the time (cars 44, 4 and 3) were all on “out” laps."

With regard to Norris they said: “Car 4 was following car 44 when the latter slowed in an effort to get car 4 to pass. The driver of car 4 decided not to pass and at the same time yellow flags were displayed at the next marshal post.

“Although car 4 was driven slowly, there was no potential danger to any other driver, this occurred on a straight section of road where visibility was not an issue, and there was room for the car behind (car 3) to pass if the driver of that car had wanted to.” 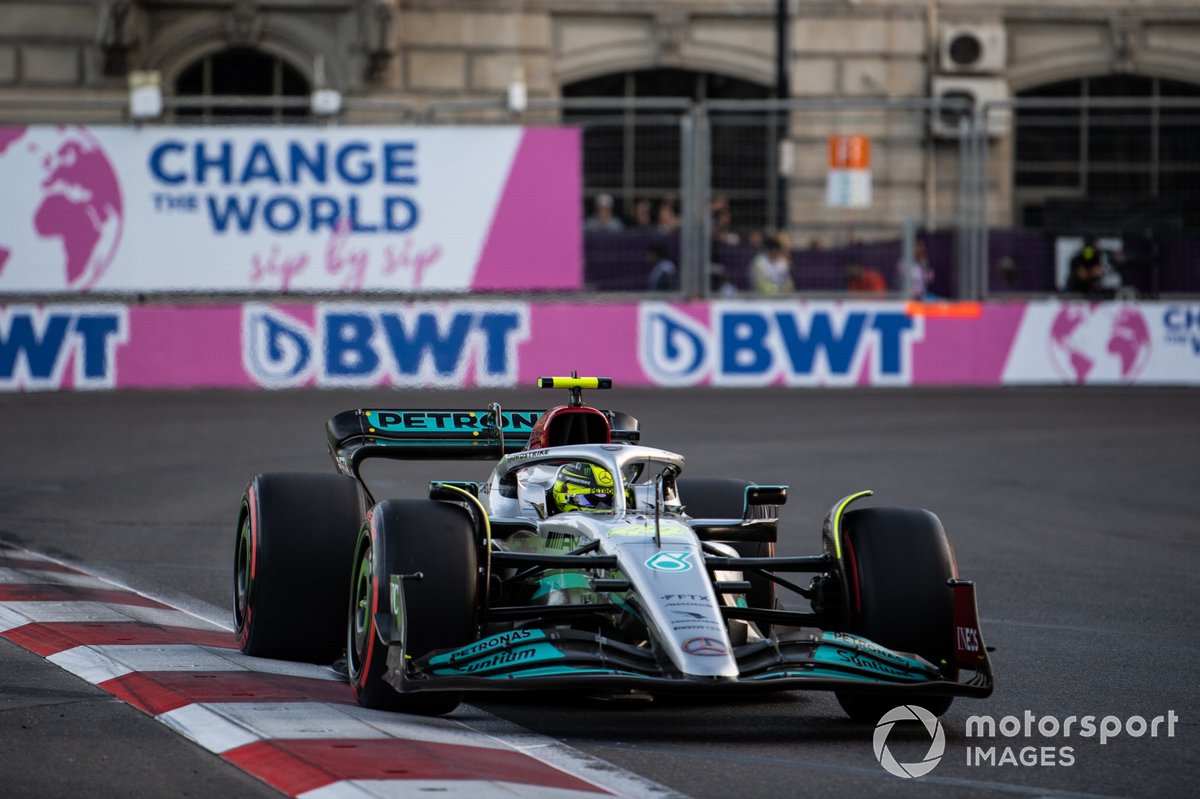 Norris agreed that Hamilton had not done anything wrong when obliging him to slow down.

“Daniel did it to me a few years ago. Everyone knows it happens here at times.

"I don't feel he did anything wrong. I probably would have done the same thing if I was in his boat."

Asked if anything was fair game in situations when drivers are trying to get a tow, Norris referenced the restart after the red flag.

"I think what's a lot worse and more dangerous is when everyone goes out the pits at the end of Q1, and it's just a free for all,” he said. “And you have people racing across the start/finish line.

“That's more dangerous, because people actually take risks in doing things whereas when it's like me and Lewis, Daniel was just a little bit behind and obviously Daniel didn't want to go past either.

"But I don't think anything's fair game. I think just what he did was completely within reason, he was on the side, he wanted to let me past I didn't want to go past, there was no one around us on push laps. So yeah, there's no reason for anything to happen."

Albon: F1 drivers who cause yellow flags in qualifying should have lap deleted