McLaren Formula 1 driver Lando Norris believes his CEO Zak Brown and team boss Andreas Seidl have played a "hugely important' role in his development over the past two and a half years.

Norris joined the Woking squad ahead of the 2019 F1 season and has since grown into one of the sport's most reliable performers, taking four podiums over the past 18 months while currently holding third in the 2021 driver standings ahead of Mercedes' Valtteri Bottas and Red Bull driver Sergio Perez.

The 21-year-old has particularly impressed this season with his consistency, which is crucial for McLaren in its battle with Ferrari for third in the constructors' championship, Norris finishing in the top five in nine of the first 12 races.

Norris says his bosses Brown and Seidl have played an important role in his development, saying they strike a balance between being supportive and giving the young Briton a proverbial kick up the backside when needed.

"I think it's been hugely important," he replied when asked by Autosport about the support he gets from Brown and Seidl. 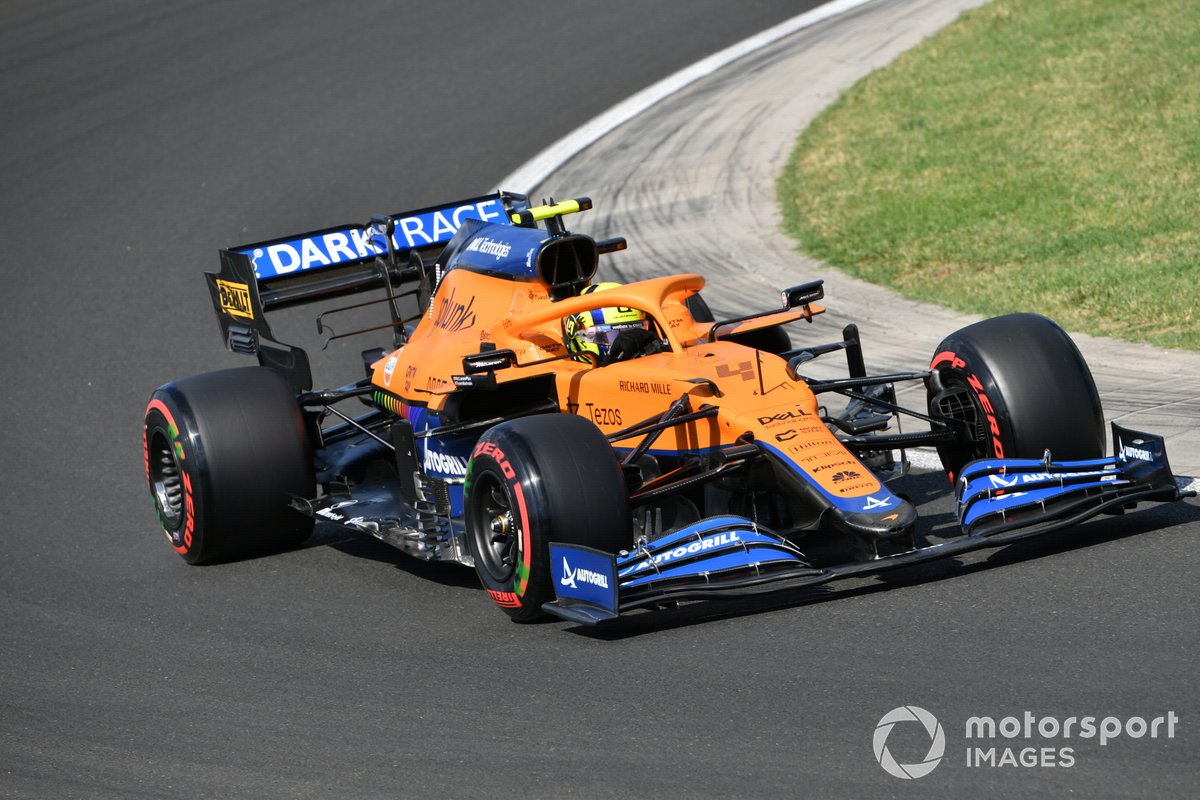 "Having them support you in tough times and criticise you when you need to be criticised.

"And it's definitely helped me progress quicker, become a better driver. I still feel pressure from them, so it's not like it's easy and we're best mates or whatever and I can get away with everything."

"It's also in those tougher times or the times you struggle, or the times you need that kick up the arse to go and do a better job in whatever area, that they give you that. And I think it's a very good combination of these types of things that they're able to help on."

Norris is known as a particularly analytical and self-critical driver, which Seidl has previously identified as one of the reasons behind Norris' progress.

"And then you get some drivers who need lots of support, and they need all the confidence from every person around them possible.

"I would say I'm kind of in the middle, I love doing a lot of things alone. And being a very kind of negative guy, I'm trying to work on myself a lot.

"I feel like I can do a lot by complimenting myself and being negative about myself, and I can learn a lot from just doing that."