McLaren Formula 1 racer Lando Norris says he has spoken with retiring MotoGP legend and personal idol Valentino Rossi about racing together in the future.

This weekend’s Valencia Grand Prix marks Rossi’s last ever MotoGP race, as he gets set to call time on his illustrious 26-season motorcycle grand prix career.

Norris has made no secret of his admiration of the nine-time grand prix motorcycle world championship and has based his helmet colour scheme around Rossi’s sun and moon design.

They first met at the 2019 British MotoGP, with Norris revealing on Thursday ahead of the F1 Brazilian GP that he sent Rossi a “heartfelt message” about his retirement and keeps in regular contact with the Italian.

“He sent me a message last night, just because he’s going into the final race of his career,” Norris said.

When asked what the message was, he replied: “It was just a follow up from a message that I sent him before he was coming into this final weekend.

“A little heartfelt message saying that I was going to miss him in MotoGP and congratulations for everything he’s achieved and so on.

“We talk every now and then. We still want to try and do something together, some sort of driving.

“He does a few GTs and stuff, and he does Abu Dhabi 12 or something, [Gulf] 12 Hours, so he still loves [racing]. It’s not just motorbikes he likes, he loves car racing as well.

“Maybe he has a bit more time to come to an F1 race or something, then that’s still the plan for something we want to try and do together. And hopefully that can be done.” 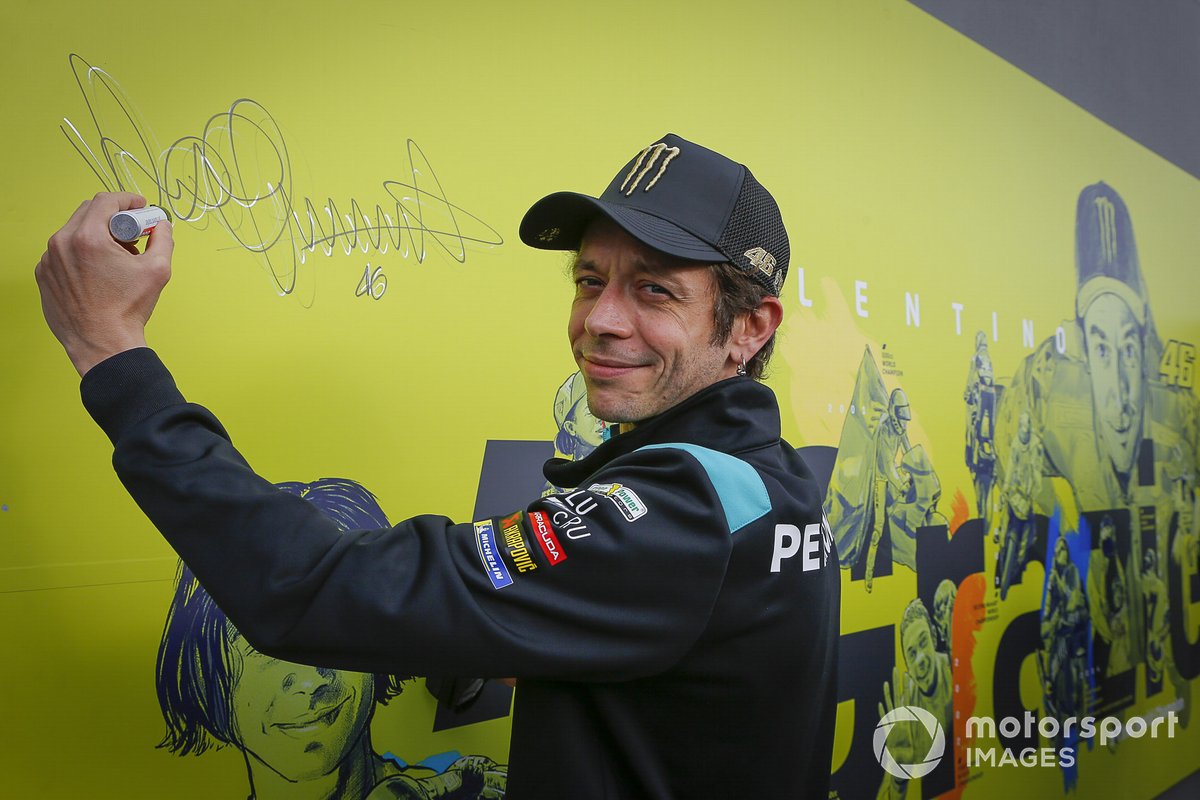 Rossi will continue racing in 2022 as he eyes a move into GT racing but hasn’t specified what his four-wheel programme will be aside from the Gulf 12 Hours in January.

Speaking more on Rossi’s retirement, Norris says without the Italian he wouldn’t have had the same ambition to be a racing driver as he did.

“I still try and watch as many MotoGP races as I can.

“He was the guy I watched when I was what, four, five, six years old, got me into racing, got me onto a motorbike first.

“He’s been the guy that I looked up to, the guy who kind of helped me get to this position where I am, because probably without watching him, my ambition of being a racing driver probably wouldn’t have been so high.

“I think there’s millions of fans that support him that are going to miss him being in Formula 1 in the paddock, and his character, because I think that’s one of the best things about him, the guy he is, the character he is amongst people, amongst fans.

“He has time for everyone, so I think he’s a special guy and definitely going to be missed.”