Lando Norris believes it will be hard for young drivers to fill Sebastian Vettel’s boots as a leading vocal figure in Formula 1, but everyone will “do a little bit."

Four-time world champion Vettel announced on Thursday ahead of the Hungarian Grand Prix that he will be retiring from F1 at the end of the 2022 season.

The news was met with tributes throughout the paddock for not only Vettel’s achievements on-track, but also his activism and highlighting of social and environmental issues off-track as a leading vocal figure on the grid.

A number of drivers have already said they hope Vettel continues as a director of the Grand Prix Drivers’ Association, such is his standing within F1.

McLaren driver Norris said Vettel was “a very complete guy and very good for Formula 1”, adding: “I don’t think enough people know how good Seb is just as a human, as a guy.

“His morals and his character and everything, he means so well in everything and is just so passionate about his job.

“He’s always open for a chat, which is always something you admire and have a lot of respect for, when you’re also such big competitors at the same time.”

Vettel’s pending departure has led to questions over who will step in as the leading vocal figures to talk up about important issues.

But Norris thought it would be hard for the more inexperienced drivers to do so in the same way, noting how Vettel adjusted to such a role towards the latter stages of his career.

“I don’t think anyone in their first five years in Formula 1 is going to fill the boots of a guy who’s in his final year in Formula 1,” Norris said. 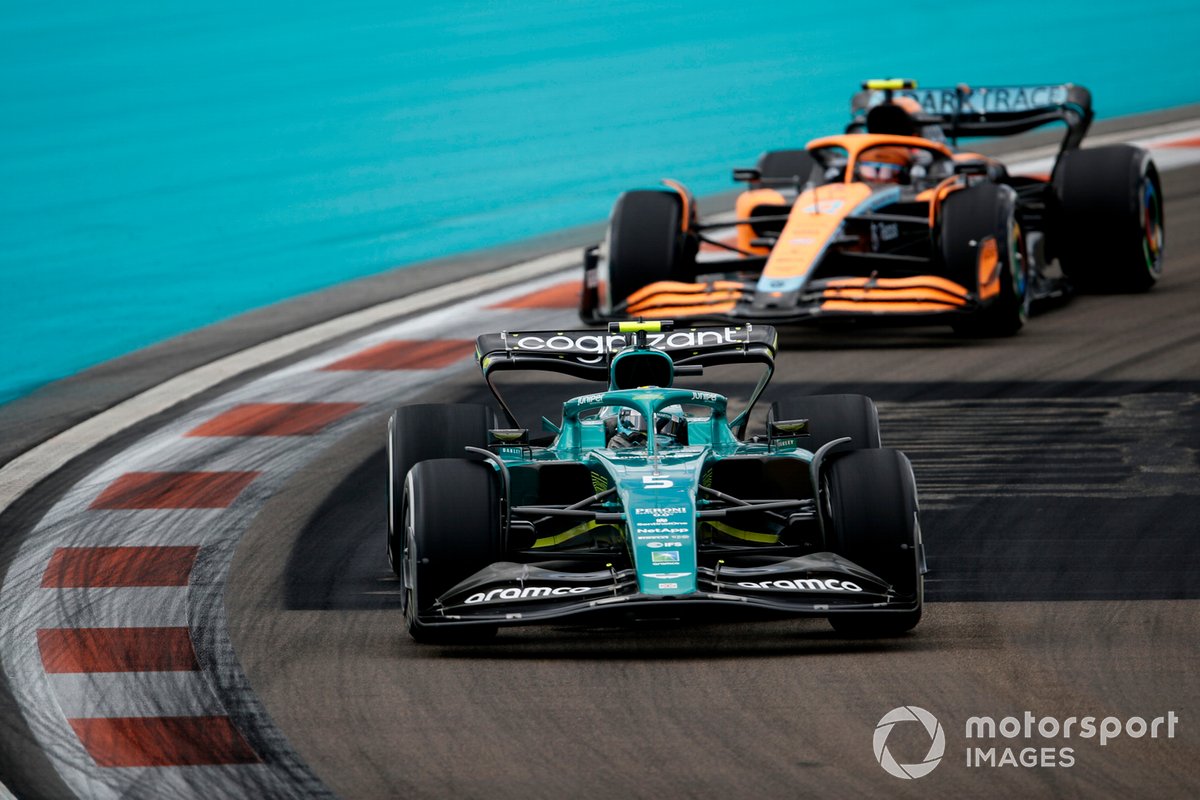 “The Seb of now is a very different Seb of 5-10 years ago. The ruthless Seb doesn’t look so ruthless any more! If Multi 21 came back, he might abide by it this time!

“It’s very difficult and I don’t think you can put pressure on any young driver to say, ‘why aren’t you doing what Seb is doing?’ because young Seb wasn’t doing what Seb’s doing now.

“It’s just in the world we’re living in now, it’s not easy to just say what I feel and give my opinion, because there are so many people who would criticise that opinion.”

Norris has previously faced backlash over comments made out of jest, such as at Portimao in 2020 when he moved to apologise for making light of Lewis Hamilton’s achievements upon equalling Michael Schumacher’s win record.

He said concerns about backlash were part of his consideration to want to be less vocal about issues.

“There’s just so many different angles to things nowadays, no one can be correct. There’s always some opposing thread or someone who disagrees,” Norris said.

“I just prefer at the minute to keep quieter, say things which are just correct and helpful and support people, rather than being an absolute leader of things.

“That’s what Seb is doing now, and I support Seb in everything he does at the minute.”

Norris said that he would love to one day emulate the impact Vettel has made through his action, saying the Aston Martin driver was “saying and doing everything he can for the best reasons.”

"He’s creating chit-chat and he’s creating headlines, which is his whole thing he’s trying to do,” Norris said.

“It might look silly having some bees on your helmet and stuff like that, but he’s created stuff out of it, and he’s doing exactly what he wanted to do. I have a lot of respect for that.”