Lando Norris believes he has found the right balance on social media after working to come across as less of a joker after his rookie Formula 1 season.

Norris made his F1 debut in 2019 with McLaren and immediately stood out for fans with his entertaining social media channels, regularly posting memes and fun content.

But Norris said ahead of last season that he wanted to try and become a bit more serious after worrying that making light of bad weekends could be taken the wrong way and lead to questions about his dedication.

Norris also revealed earlier this year that he no longer posts to his own Twitter account in order to take a step back from social media.

The British driver has made an impressive start to the 2021 season, recording three podium finishes and only once crossing the line outside of the top five. He lies third in the drivers' standings heading into the second half of the year. 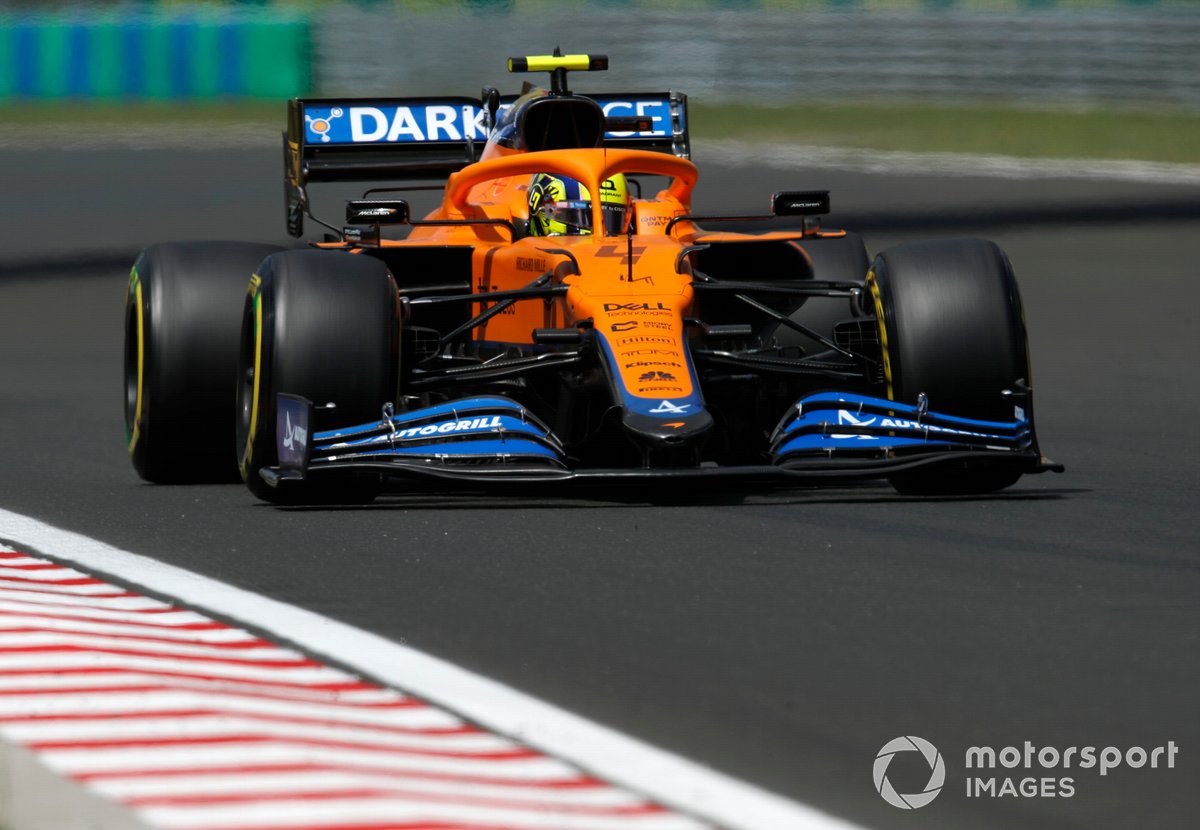 Norris felt it was "definitely" a challenge to find the sweet spot between being appealing to young fans and seeming more grown up.

"A bit of that was reassurance and confidence from what I see on social media and stuff, just trying to be a better person and allow people to support me and like me," Norris said of his approach to social media.

"I don't want people just to see me as a joker or a guy who doesn't take things seriously, because that's not who I am. I just wanted to show them that I do put in effort, I do work very hard to do better and get the results I'm getting at the moment.

"It doesn't come for free. And I just wasn't very good at showing that side of it. I feel like I've showed a bit more of it over the last year and a half or so.

"A bit of it was just for myself, it made me feel better, and allow people to see me for who I am, not just a joker. People just like to post those photos and videos and stuff because it makes people laugh, that's what people love to see. You aren't as interested in seeing hard work and things like that.

"But it also gives people a good perception of who you are as a person and that was important to me. So I changed it for personal reasons."

Norris has been particularly prolific interacting with fans through the streaming platform, Twitch, where he regularly broadcasts gameplays. He has also formed a new brand called Quadrant along with a number of high-profile gaming streamers.

"I love having the fan base that I have on Twitch and this young generation," Norris said.

"But I also want to be accessible and be a guy that the older generation support, because they see me more grown up - a grown guy that just wants to do well, rather than just a funny guy that's immature and things like that, which I'm not.

"A lot of it is finding that balance for personal reasons, but also for the bigger picture and for my hard work."