Lando Norris found the criticism he faced over comments about Lewis Hamilton's Formula 1 achievements last October "tricky", but says people were wrong to think he was "acting out"

Following Hamilton's record-breaking 92nd grand prix victory in Portugal last October, immediately after the race Norris said that the Mercedes driver was "in a car which should win every race" and "has to beat one or two other drivers, that's it".

Norris apologised for the comments in the days after the race, saying he had been "careless" and never meant to cause any offence towards Hamilton, who he also messaged privately about the matter.

The quotes were made in the heat of the moment following a difficult race for Norris at Portimao that featured him clashing on-track with Lance Stroll, leaving his McLaren car with damage that cost him a points finish.

Norris said that he found the backlash tricky to deal with, given Hamilton was one of the drivers he revered the most among his peers.

"It was tricky," Norris told Autosport.

"There's no-one I probably respect more in the paddock than Lewis and what he's done. I've got one podium, so it's not like I can talk and say he's not doing a good job, because I know how hard it is to get a podium in the first place.

"I feel like I'm a nice guy and I try to be a nice guy all of the time. But I also try to speak a bit of the truth sometimes, and say what is true, and sometimes people don't like that. 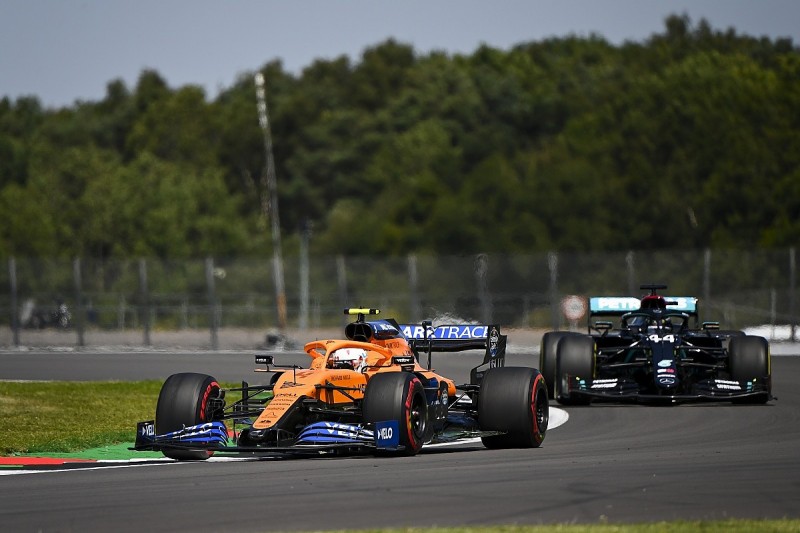 "My comments, and my comments always within Formula 1, will never be to take anything away from a driver or disrespect what they've been able to achieve.

"Maybe I say some bad things sometimes, and it gets portrayed in the wrong way, or maybe I just say something I shouldn't because I didn't think properly.

"But it's just because I'm a human and everyone makes mistakes sometimes. At the end of the day, I never mean something bad against anyone. It's always an emotion and an outburst which every driver does.

"I've made mistakes now, and I'm sure I'm going to make them in the future."

The McLaren driver has been one of the most entertaining and active drivers on social media since making his F1 debut in 2019, having rarely caused any controversy through his comments or actions.

Asked if he thought another driver, such as Kimi Raikkonen, would have been lauded for making similar comments, Norris said: "Yes, I think if Kimi had said it, people would have loved it.

"There's nothing you can do about that, that's just how people portray you. I guess I've come in and I have been the jokey guy and perhaps not as serious as I should have been, and I feel like I've done a better job with that.

"But I guess people have just never seen the bad side of me, or the angry side of me, and then when I have shown that, people just think I'm acting out in a bad way and I'm disrespecting everyone, which I'm not. 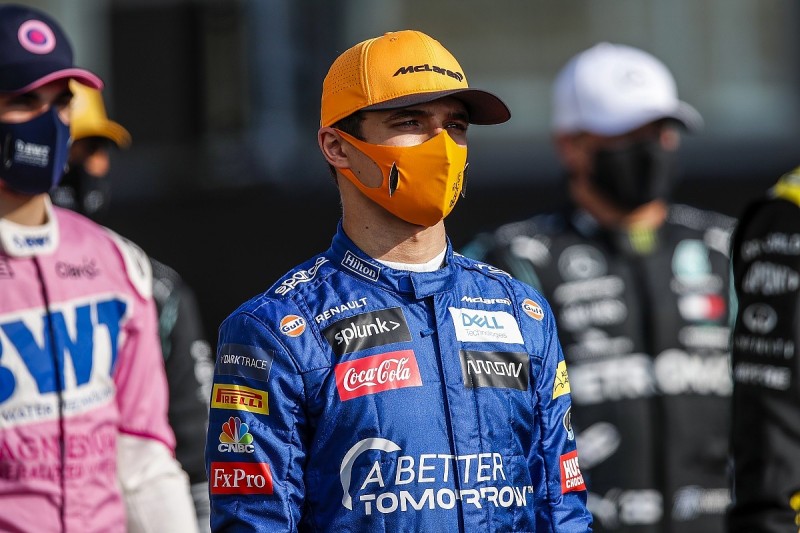 "You have other drivers who say these kind of things a lot of the time, and just because they've always said it, people just find that normal and then that's just the way it is.

"A bit of the reason is I've generally been seen as a bit of a nice guy and so on, and then I say something a bit more aggressive or offensive in some ways, and people just see that as a contrasted side of myself.

"That's just the way it is. It's not something I can just change, it's just people's perceptions of different people."