Norris ‘expecting pain’ as McLaren sits ‘a long way off’

Lando Norris is “expecting pain” after McLaren’s difficult start to the Formula 1 season in Bahrain, believing the team is currently “a long, long way off”.

McLaren entered the 2022 season looking to build on a strong campaign last year, highlighted by its first win for almost nine years at the Italian Grand Prix at Monza.

But the team endured a difficult race in Bahrain as its cars finished 14th and 15th, with Daniel Ricciardo leading home Norris.

After qualifying 13th, Norris fell backwards during the race, slipping all the way to last position after making his first pitstop.

The McLaren driver gained two places in the closing laps after the Red bull duo of Sergio Perez and Max Verstappen were sidelined by fuel pump issues, giving him 15th spot.

Norris admitted he was putting on “a brave face” upon arriving at the media pen after the race in Bahrain, and that it “looked just as bad as what it felt” out on-track.

“It’s just where we are, quite simply,” Norris explained.

“We just have to get a little bit used to it now. Of course over the last few seasons, [there has been] just a lot of expectation from us within the team, and also everyone else watching and so on.

“We just haven’t got it right at the minute. We’re a long, long way off - not just a little bit, we’re a long way. We’ve got to start fresh and figure some things out.

“But in months to come we need to understand what’s going on here and how to get better.” 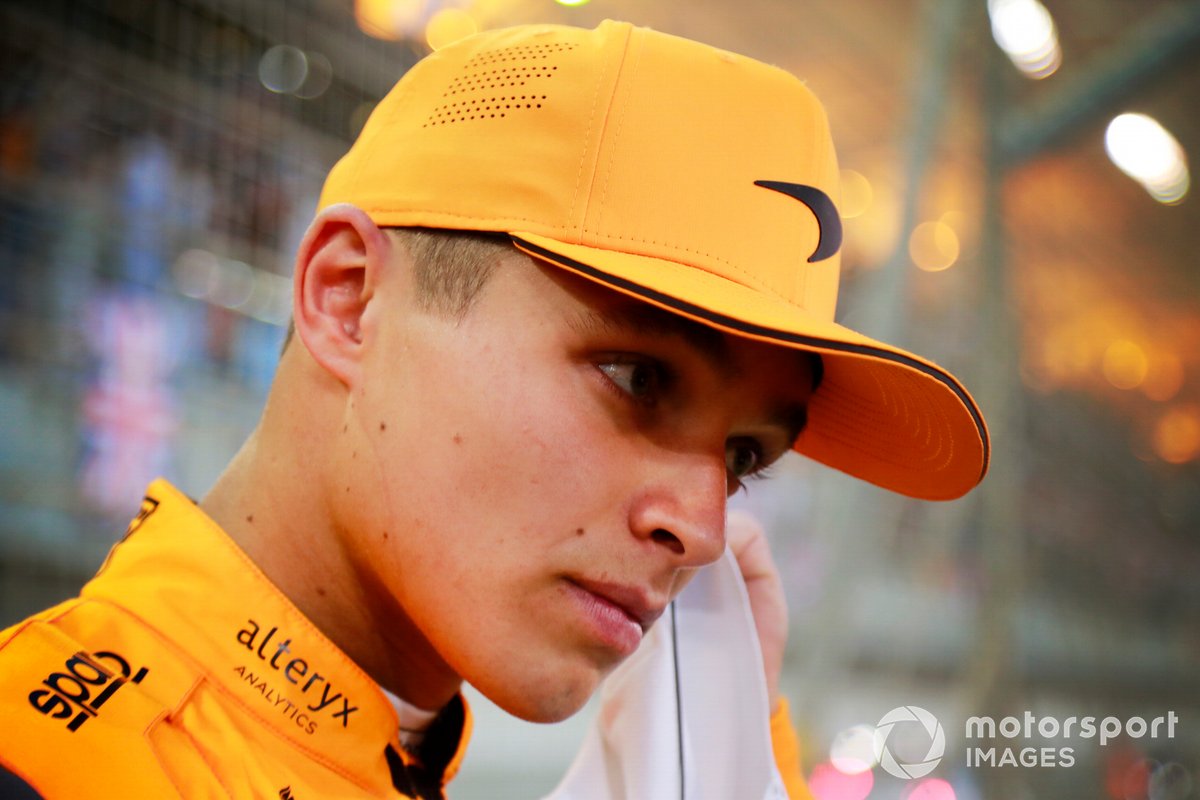 Norris added that he was “expecting pain” and that “everyone needs to know there’s probably going to be a bit of pain” given McLaren’s current performance standing.

“We’ve been in this position a few years ago,” he said. “I’m hoping we can remain more optimistic that the team and everyone back at MTC can figure things out and we can get back on track.”

All three Mercedes customer teams struggled on race day in Bahrain, with their complement of six cars being the last to take the chequered flag.

Asked if straight-line speed or engine power was the main limitation McLaren faced, Norris said that while it was “definitely not helping”, the fact the factory Mercedes cars could finish third and fourth proved there were greater issues at hand for McLaren.

“You’re understeering, you’re oversteering, there’s just a lot more things going on. I think that’s the problem. We just need less things to be going on.

10 things we learned from the 2022 Bahrain Grand Prix