Norris was running in third place for most of the opening stint of the Monza race, behind Lewis Hamilton and Carlos Sainz Jr.

However for the restart after the red flag he found himself behind Pierre Gasly and Antonio Giovinazzi, who had pitted before the rest of the field, as well as Lance Stroll, who had not stopped.

Stroll was able to take advantage of the rule that allows drivers to change tyres under a red flag, and it meant that he wouldn't have to make a stop under green flag conditions.

PLUS: The key factors behind a Monza thriller that left the winner speechless

Norris spent the rest of the race following Stroll's Racing Point on his way to fourth place.

"The only reason I think I was not on the podium today was because Stroll benefited from a free pitstop," Norris told Sky F1. "Which is a bit of a stupid rule because they get it for free, and they don't deserve it in many ways.

"I think it should be taken out. I think we had the two examples, we've got Gasly who boxed before, and he was ahead with the red flag. And he was there, so that was fair, you can't do anything about that.

"But for someone who just hasn't boxed, they just gained 24 seconds doing nothing. He should still have to pit, it's his fault they haven't boxed yet. You can get lucky by doing by what Pierre did, but I think that's just fair play.

"But the one of not having to box and getting to use that mandatory pitstop, which they didn't really do, is a thing which I don't think is right." 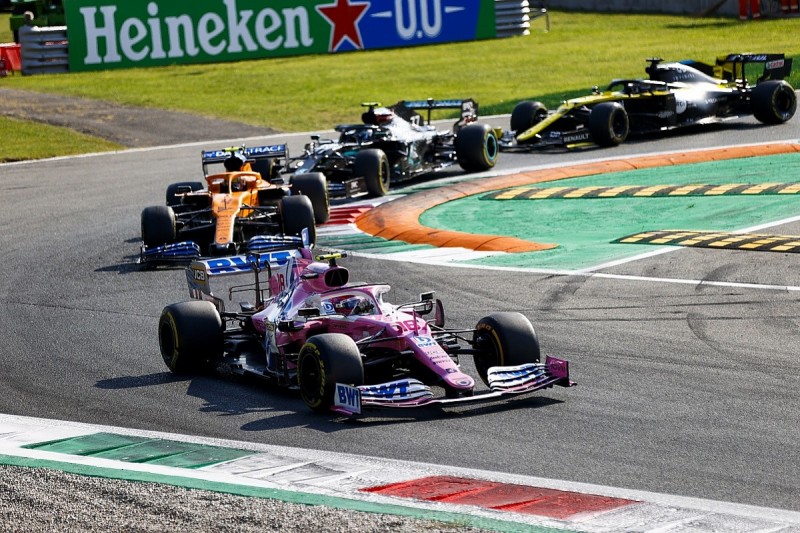 McLaren team boss Andreas Seidl said he accepted the rule, noting that teams were well aware of it.

"I don't see any issue with the regulations, how they are," he said when asked by Autosport. "We all work together, as teams together with FIA to get it to the point where it is right now.

"I understand the emotions of Lando at that time, but there will also be times where it plays in our hands more. So, the regulations are what they are, we all know the regulations, we were all voting for this regulation, so no reason to complain. Heads down and get on with it."

Asked if he would discuss the rule with Norris he added: "I don't think there's a lot to talk or explain. That's emotion during a race which is also great to see.

"I mean, these guys are the heroes of the sport, they give it all when they are in these cars, they fight for every tenth, and if then something hits you, which at this moment of time you think is the not most fair thing in this sport, obviously you see an emotional reaction. But I'm sure he's fine again now."

FIA race director Michael Masi said that he was open to reviewing the regulation.
"From my understanding, the race suspension regulations have been as such for quite a long time," he said.

"Thankfully it's not something that occurs all that often, and if there are elements of the regulations that need to be reviewed, we will review it in a sporting working group with all of the teams' sporting directors, and if something is necessary, go through the required process to do it.

"Nothing will change for the remainder of 2020, but we'll have a discussion about what happens in the future, learn from it, and see if there's anything that can be improved."