Lando Norris is confident Formula 1 drivers will continue to raise awareness for important issues despite plans to scrap the pre-race knee gesture ceremony ahead of races.

F1 revealed on Tuesday that it would be removing the regular pre-race ceremony from the schedule in 2022, having set aside time in the build-up to lights out in the last two seasons for drivers to make gestures.

This saw a number of F1 drivers take a knee ahead of the race, showing solidarity against racism as seen in many other sports, while the entire grid would wear ‘End Racism’ t-shirts as part of F1’s We Race As One initiative or highlighting other important issues.

F1 boss Stefano Domenicali said the series wanted to move from “gesture to action” to improve diversity and inclusion across the paddock, and that it was “the time to move on and and take some other action”.

McLaren driver Norris has taken a knee throughout the pre-race ceremonies over the past two seasons. He said on Tuesday that he was not aware of the change, but felt confident drivers could continue to take meaningful action to raise awareness of important issues.

“I don’t know what our plan [is], we’ll have meetings as drivers as the GPDA, and with Formula 1 when we actually get closer to the season and the races what the plans are,” Norris said.

“As drivers, we have things we want to bring forward and bring up and talk about and so on, and want to achieve as a group and people on TV every day. 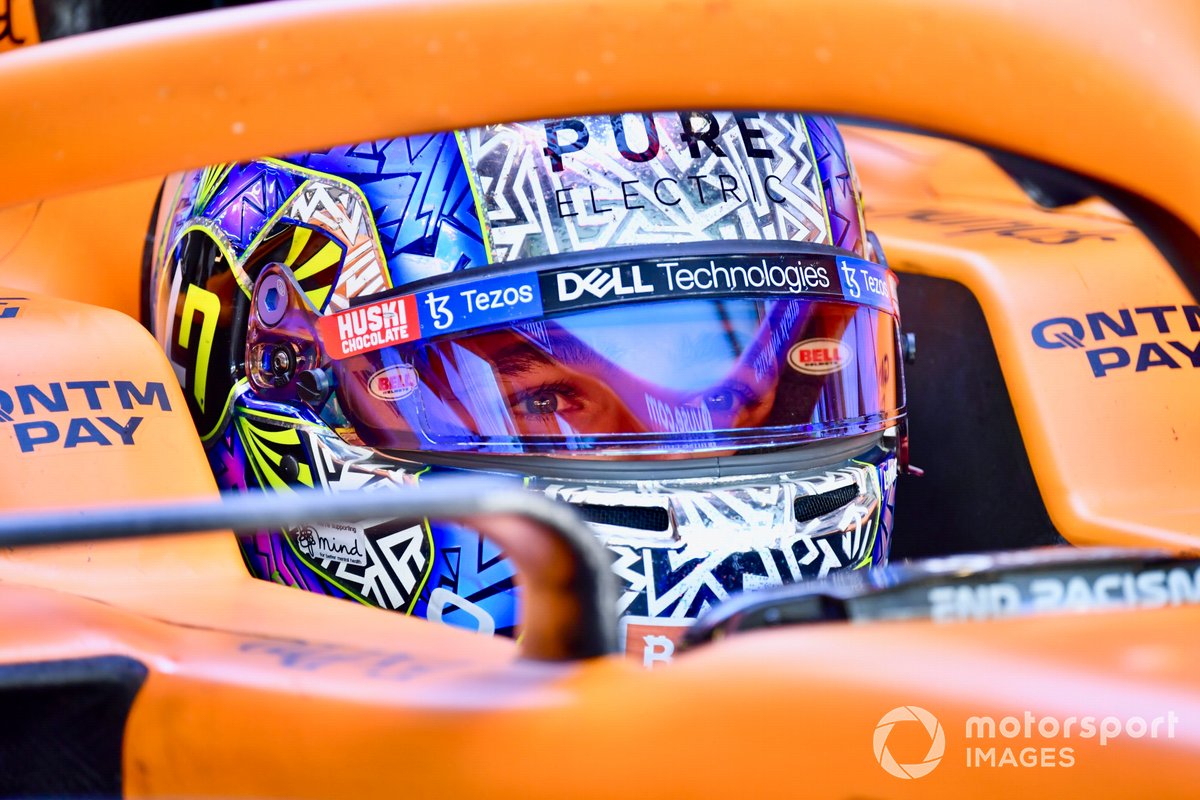 “I’m sure Formula 1 over the winter have thought of new things and new ways or different ways of doing such gestures, or if there’s different messaging or whatever. I’m not too sure yet, it’s a bit early for me to say what is going to happen.

“But of course I believe if we’re not [taking a knee], there’s good reasons to, and there’ll be other things we do instead to raise such matters and talk about such matters.

“We’ll have to wait and see. I don’t have anything further than that.”

The move away from a time for gestures in the pre-race ceremony comes as part of the next steps for F1 with its We Race As One scheme, which is now set to focus on taking action.

Part of this includes the extension of F1’s engineering scholarship programme for another four years until the end of 2025, supporting students to get placements at universities in the UK and Italy.

F1 will continue to broadcast a We Race As One video ahead of the race, and its branding will remain in place trackside throughout the 2022 season.