Lando Norris thinks Formula 1 rival Alpine has done a “pretty bad job” with its car this year to only just be ahead of McLaren in the constructors’ championship.

While the two teams had been locked in a tight fight for the best-of-the-rest fourth spot behind Red Bull, Ferrari and Mercedes for much of the campaign, over recent races it is Alpine that has stretched its legs to edge clear.

An aggressive development push with its A522 has helped Fernando Alonso and Esteban Ocon extend its advantage to 24 points, and now it appears favourite to keep its spot with more upgrades to come.

PLUS: The Alpine success story that’s been overshadowed by its driver market chaos

But rather than be downbeat about where McLaren is stacking up in the fight with Alpine, Norris actually thinks his squad has done an impressive job to be as close as it is considering how quick its rival has been.

“It's maybe three or four races this season where we might just have been a little bit quicker than them. Otherwise, the majority, and quite easily the majority, they've been a bit of a better car.

“So for them to only just be ahead of us in the championship is more of: we've done a very good job and they've done a pretty bad job.”

Norris cited examples like the Australian Grand Prix, where Alonso could have started on the front row but was derailed by a car problem, as examples of where Alpine has tripped up.

“When you see the margins of qualifying from them to us, and sometimes their pace in the race compared to us sometimes, it's never that much the opposite way around. So they have a better car. 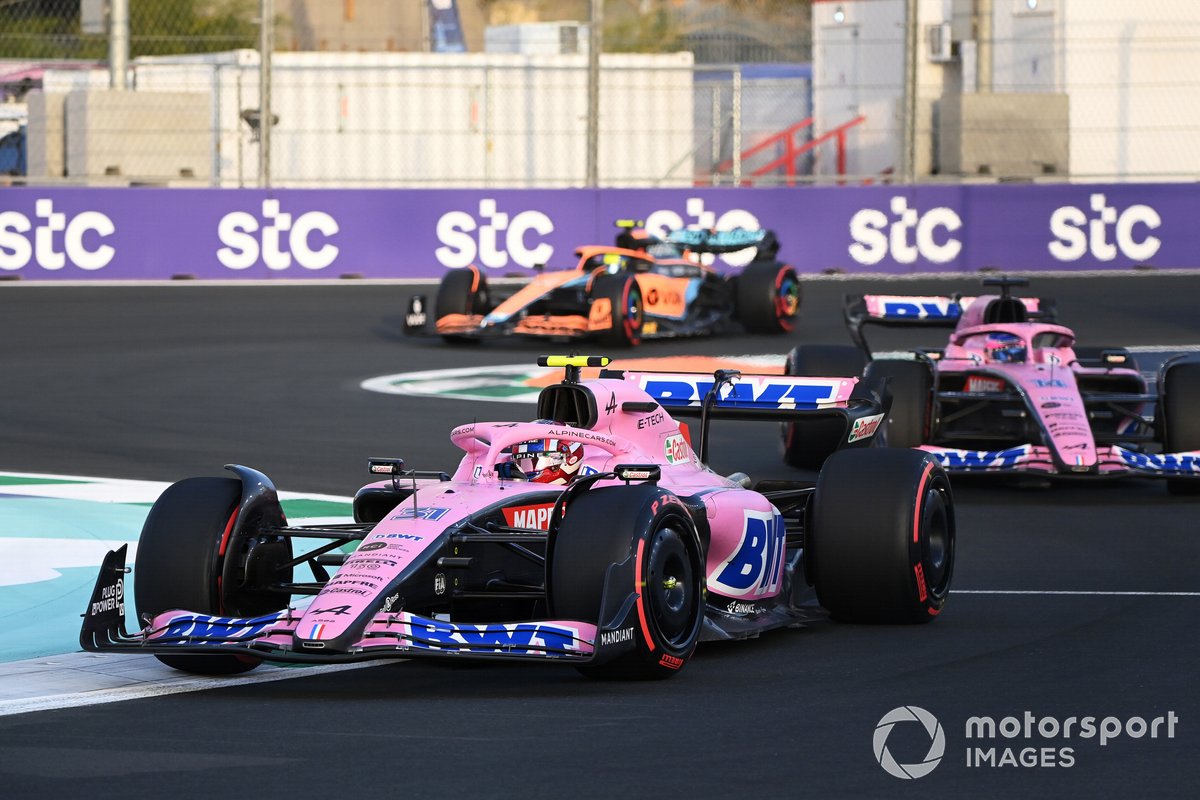 “They have just done a worse job throughout the season and made more mistakes. They’ve had more problems with the car.

“Fernando was in Australia for P2 or P3 in qualifying and we were miles away. So yeah, they've had a better car and they have pretty much all season. “

Norris is returning to Monza for the first time since he followed home team-mate Daniel Ricciardo in McLaren’s famous 1-2 last year.

But he is clear that there are no expectations of the team being able to repeat such a strong result this time around, with the current MCL36 not enjoying the straightline speed advantage last season's car had.

“In general, we're not as competitive compared to last season,” he said: “Also everyone else has taken some good steps forward, such as Alpine.

“I think just competition is tough in the minute. I see Ferrari are a long way ahead of us as well. So it's an extra two cars which you have to get out the way if you want to be back on the podium.

“We'll still try and give it our all and we don't come into races thinking that's where we were last year, so we should do exactly the same.

“In Zandvoort, I personally think it was a lot better for us this year than it was last year. So some things are definitely better.

“But I mean, it's obvious. We've not scored as many podiums, and had [as many] good qualifyings as last year. And that's just simply because the car as a balance through the season has not been as good.”