Norris says that it was a valuable lesson for his McLaren team after the issue wasn’t highlighted at the first test of the year in Barcelona.

Wind sensitivity has been a bigger issue for some teams than others in recent years, and it wasn’t clear if the characteristic would carry over into the new aerodynamic package.

Norris completed only 50 laps on Thursday, the opening day of the Bahrain test, in part because of brake problems that prevented him from doing long runs.

Despite the limited mileage, the Englishman noted that the team learned a lot about the MCL36.

"Definitely the cars are still sensitive to the wind,” said Norris. “I think that's a good thing we found it out, just because Barcelona was not windy. So it's kind of good that we understood that it's still there.

“F1 cars are still sensitive to the wind, and how gusty it can be, and so on. And just the difference in the track – it's a lot hotter today than what it was in Barcelona, so how the tyres are working, the car is working.

“It's a lot bumpier, so how the car is riding the bumps and performing over the bumps, and the compromises you've got to make with the set-up are very different." 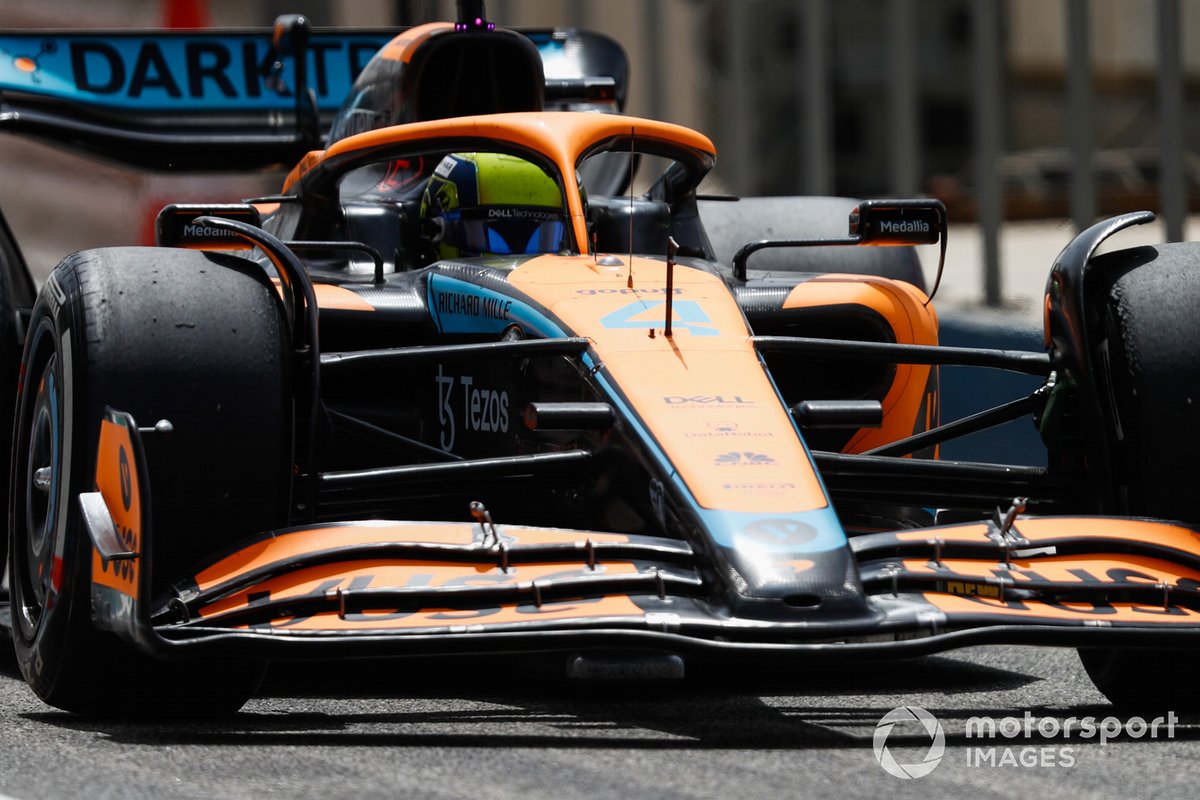 Drivers have reported that the 2022 cars are tricky to drive in slow corners, and Sakhir’s tight Turn 10 proved particularly difficult.

Norris made some interesting observations about why that was the case.

"I think the combination of two things, one is the wind, it was a tail wind all day [on Thursday],” he explained.

“It makes it so much harder to get the car stopped and so on. And in terms of downforce, you just have a lot less than if you had a headwind or no wind, for example.

“And secondly with these different tyres, the bigger tyres, how you have to set up these cars is stiffer, and then it's quite a bumpy entry you have into that corner, and you're also turning while braking.

“So when you put all of this together, it's not what an F1 car is designed to do necessarily and makes it extremely tricky, and very easy to lock up the front tyre, go straight on and flat spot the tyres and so on.”

Norris said the early indications are that drivers will have to take a conservative approach in some corners with the new cars.

“It's difficult one, especially when you put new tyres on, you want to push it a little bit more," he added.

“It's like you really have to pace yourself. I think it's a similar case with some other corners as well. It's not about throwing it in, it looks like we are, and I think that's like the effect of what happens.

“But realistically you have to be a bit more on the conservative side with these cars, don't try to push it. There's quite a few consequences."