Formula 1 teams must persist with their push to get 1000bhp cars on the grid for 2017, reckons three-time world champion Niki Lauda

With technical directors continuing discussions this week about proposed regulation changes that will open the door to more powerful cars over the next few years, Lauda thinks making that leap is vital.

He believes that fans are turned off by the current generation of 750bhp cars, which he thinks are too easy to drive.

A meeting of engine manufacturers earlier this year proposed that tweaks to the fuel flow limit and an increase in the maximum fuel allowance would be enough to get the current engines above the 1000bhp target.

If the current discussions are positive, with team bosses due to talk about the matter next month, then Lauda thinks F1 can produce a really exciting platform for 2017.

"I wish we would have a futuristic car that attracts the fans for at least five years," he explained.

"It should have 1200bhp, plus wide tyres and aerodynamic characteristics, which delivers a steep power curve that becomes very critical at the limit.

"The hybrid technology should remain, but we need more power. This can be easily achieved if you allow bigger fuel cells and more fuel flow."

Lauda believes that more powerful cars will make things harder for drivers, and put a premium on the biggest talents. 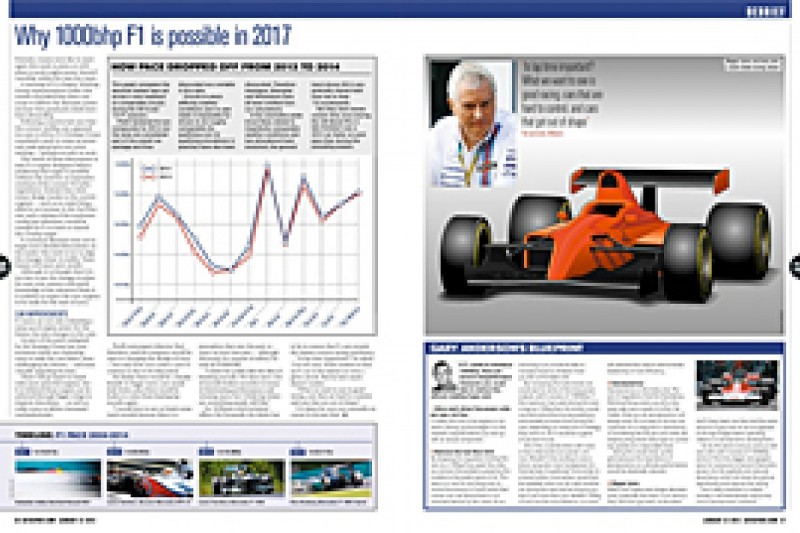 "Currently F1 cars allow every other GP2 or F3 driver to be as quick as established drivers within a very short time and without taking too much risk," he said.

"Some time ago young drivers were really worried about speed, braking, downforce and a big crash at 300km/h.

This week's AUTOSPORT magazine - available in shops and online now - includes a full analysis of F1's 1000bhp proposals, plus GARY ANDERSON's blueprint for how to make it work

Has Ferrari lost its special something?