Perez has a contract with Force India for next season, but it has emerged there is an escape clause whereby his sponsors can place him with another team.

Renault and Williams have already held talks with Perez's backers, with the former understood to be particularly keen to secure the 26-year-old Mexican's services.

"I don't know what Checo's going to do," Hulkenberg told Autosport when asked about the prospect of a new team-mate for next season.

"As a team we're working together pretty well, pushing each other hard to the team's benefit.

"It's a good, competitive, tough environment, but in a positive way so I would very much like to see him stay."

Hulkenberg, who is now in his fifth season with Force India, has his own deal in place with the team for next year. 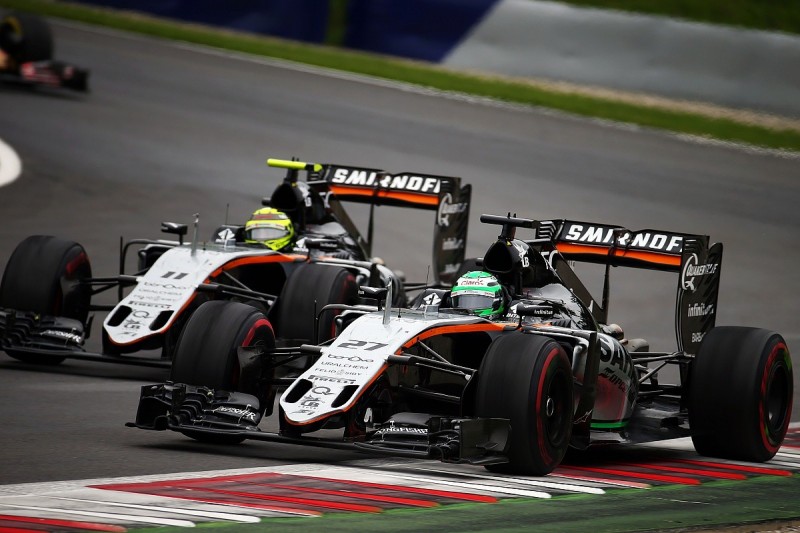 Although the 28-year-old has been linked with other teams on occasion, nothing has ever come of the reported links.

Asked if he would like to move up the grid from a midfield team, Hulkenberg said: "Definitely, but it's all about timing.

"Many people have had to wait a long time to get their opportunity, so there's no point in giving in.

"I've learned in all my years in F1 that as a driver you are relying on a lot of other people making decisions that go your way or go against you, so I'm not breaking my head about that too much at the moment.

"What is important for me is that I'm enjoying what I do and that I'm having fun, which is the case.

"I love what I'm doing, and in that respect I'm comfortable and in a good situation. I'm a very happy man."