The German driver gave Renault its second seventh-place start in a row, having also occupied that position in China last weekend.

Hulkenberg finished a second off pole position and less than three tenths behind the quickest Red Bull, powered by the same Renault engine.

He said his qualifying lap was as good as the one that secured him his first and so far only pole position in F1 in the 2010 Brazilian GP, when he was driving for Williams.

"It was seriously, together with Brazil 2010, the best lap in my career," said Hulkenberg.

"Especially around here, which I always found a struggle to hook it all up perfectly.

"But today it was smooth. It was beautiful. A great lap."

The Renault driver, who is yet to score a point this season, said his car's one-lap pace had not come as a surprise to him.

"I felt since winter testing it was there," he said. "From the beginning the car was good with that.

"In Barcelona we did a sub-1m20s lap time under normal circumstances, not underweight.

"We are still learning about the car. Trying different set-ups to understand the car more and more."

Both Renaults will start in the top 10, with Jolyon Palmer reaching Q3 for the first time in his F1 career. 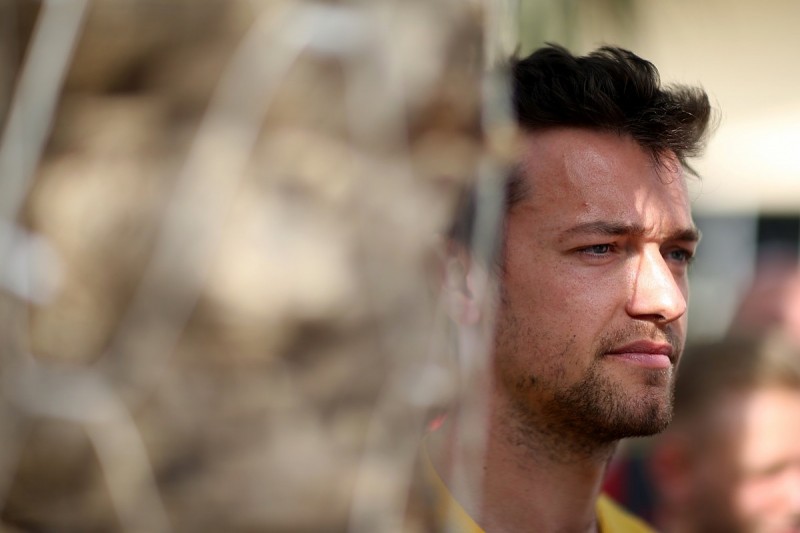 Palmer joked that it felt unusual to do a full hour of qualifying when he could "normally have my feet up with a Coke and watch TV", but added it had required taking a set-up lead from Hulkenberg after struggling in practice.

"I was 20th in FP3 and the car was all over the place," Palmer said. "And Nico's just been on a really steady but quick weekend.

"So we tried to see a little bit what they were doing on the other side of the garage and it certainly helped."

He admitted his Q3 lap itself had not been very strong, as he ended up 1.2s adrift of Hulkenberg.

"I had a scruffy lap and then I hit recharge mode around the lap instead of another button, so I lost the energy power for a little bit," Palmer said.

"From that I lost a bit of time and then I chased it and lost even more.

"So Q3 was not very good but the whole time together was much better."