Hulkenberg had found himself stuck behind 11th-placed Magnussen in the closing stage, having dropped back with a slow pitstop then caught up quickly on fresher tyres.

With nine laps to go, Hulkenberg attempted a pass around the outside of the tight Turn 2 left-hander but was forced on to the grass in a move that earned Magnussen a five-second time penalty.

During the post-race television interviews, Hulkenberg approached Magnussen and sarcastically commended him for being "once again the most unsporting driver".

Speaking to NBC after the spat, Hulkenberg said: "I congratulated him for being the most unsporting driver of the whole grid once again.

"When it comes to racing, he's just nasty.

"Hard defending is fine but when he does this, it's just ruthless and sending people into the wall.

"What he did there, opening up the steering, making me run wide, it's just being an arsehole basically.

"We had really nice words, he said [suck my balls], that was his return, so it's quite interesting with him." 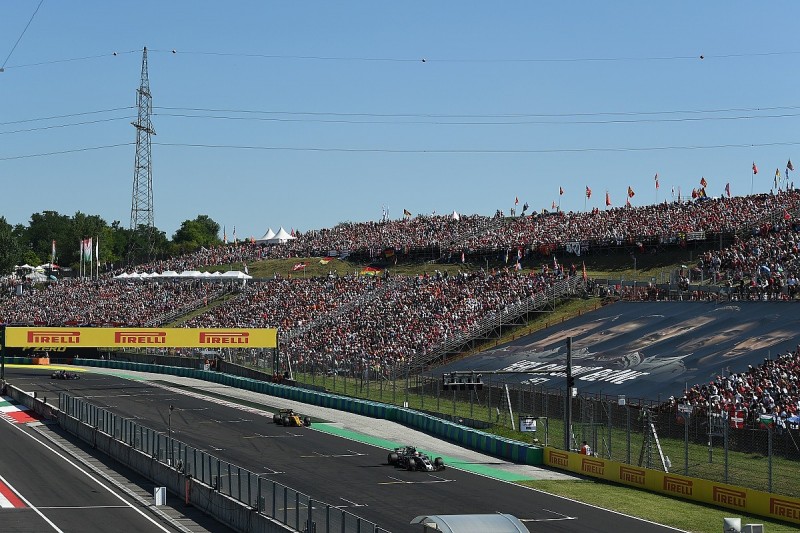 Hulkenberg said he would bring the issue up with race direction: "I'll go and speak to Charlie [Whiting].

"I hear he got a bit of a penalty, five seconds, but in his mind he won't care about that too much."

Magnussen was not the only Haas driver Hulkenberg had clashed with in Hungary, as the Renault man also had a first-corner coming together with Romain Grosjean at the start.

Grosjean was forced wide and lost positions, but the stewards decided no action was necessary after an investigation.

Having seen that clash, Magnussen radioed to his team: "If you can do what Hulkenberg did to Romain, then it's going to be a dirty race."