Palmer will join fellow Britons Lewis Hamilton and Jenson Button on the 2016 F1 grid, stepping up from his role as reserve with Lotus to a full-time seat as replacement for the Haas-bound Romain Grosjean.

There was a time only recently, however, when Palmer felt his chance would be lost given Lotus's financial struggles, until Renault confirmed its intent to take a majority stake and return as a works team for next year.

Asked whether he had been living with the fear of the team not being on the grid, Palmer replied: "Yeah, I've been feeling it.

"Since the summer break it's been very tough for the whole team, but I had faith with the Renault talks ongoing.

"I don't really know inside the minds of the Renault bosses or the shareholders here, whether even if Renault doesn't happen they've something else in their mind.

"I just had to have faith that something was going to happen. The team's too good not to be doing anything next year. I'm sure it will get picked up at some point."

Autosport understands Palmer's appointment comes courtesy of a clause in his reserve contract guaranteeing him a seat on the back of providing a certain sum of money, believed to be in the region of £4-5million. 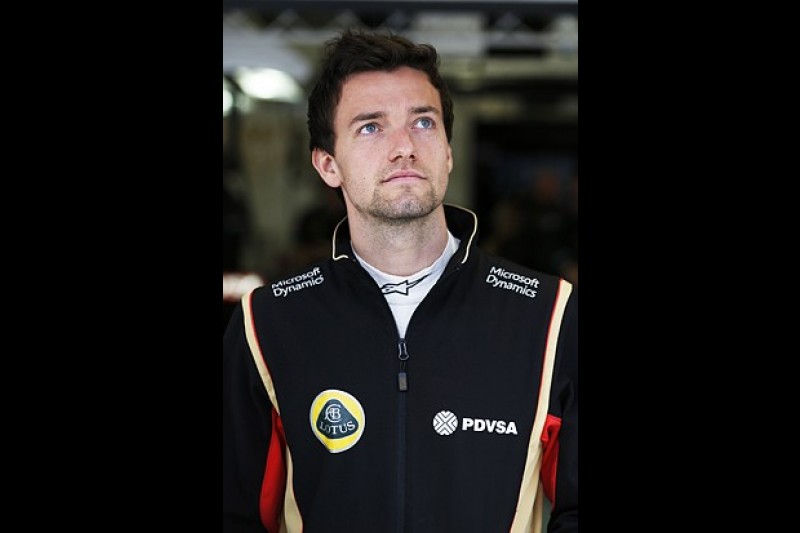 Palmer, who has taken part in the majority of first practice sessions this season in place of Grosjean, would like to feel his talent has also played a part, adding: "Hopefully it's the all-round package.

"They know me, everything, what I can do in the car. It's good they've given me a lot of track time, and they've 100 per cent confidence I can get results.

"There are no real unknowns with me. I've been working with the team at every grand prix this year, so I know the team, the car, the structure, and I've put in a lot of work this year."

Palmer concedes Grosjean's departure caught him by surprise, as he felt a French driver in a French-owned team would be the ideal fit.

"With the [Renault] talks ongoing I thought it would be linked around him a little, but then it did happen and suddenly it opened a door for me."

Palmer is now itching to take on the likes of Hamilton and Fernando Alonso, declaring: "It's great. What's there to fear? It's just someone in a car.

"Fernando has been near the back all year, so hopefully I can beat him if he doesn't move forward.

"It's just another driver to try and beat. Even when I've been out with him in FP1 this year, I don't think any differently if it's Fernando of Carlos Sainz coming past.

"At the same time it's going to be a good feeling because I grew up watching these people, and admiring them as well because they are great drivers."