Netflix would consider a bid to take over the running of Formula 1 if it was available, to ensure it had the control needed to justify broadcasting races live.

With streaming services getting more involved in bidding against traditional television channels for live sporting rights, there has been speculation that F1’s broadcast plans could shift in the long term.

Amazon has shown recent deals to stream exclusive football and tennis can work in attracting interest beyond movies and series, and F1 would be a logical championship to further drive up viewers.

But while Netflix has enjoyed great success with its F1 Drive to Survive series, the company is more cautious about areas of broadcast that move away from its traditional core.

In particular, it is sceptical about wanting to broadcast news or live sports because there is no guarantee that the end product will be good enough. It wants full control over any content it produces.

Speaking in an exclusive interview with Der Spiegel, Netflix’s CEO Reed Hastings said: “News is by its nature political, and it varies greatly from country to country.

“It is difficult to produce news as a globally operating company without making enemies. It's much easier for others who only cater to a regional market. Besides, we make entertainment and not journalism, which should have certain standards and follow ethical guidelines. We also keep our hands off live sport.” 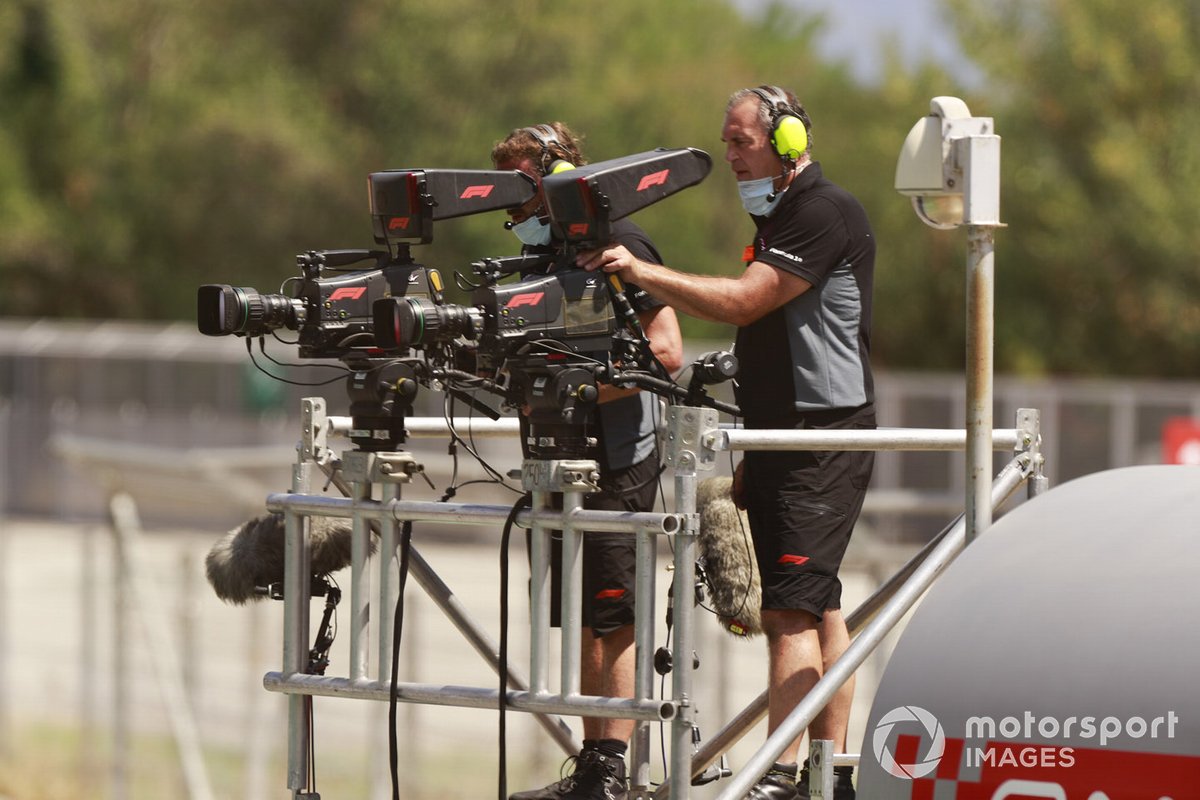 Cameraman filming in the pitlane

Hastings said that the only way Netflix would consider getting behind the live broadcast of sport would be if it owned the entire platform, like Liberty Media does with F1 at the moment.

And in an intriguing comment, he suggested that if F1 did come up for sale again, then Netflix would seriously consider a bid.

“With sports broadcasts we have no control over the source,” he said. “We don't own the Bundesliga, which can make deals with whomever it wants. But this kind of control would be a prerequisite for us to be able to offer our customers a secure deal.

“A few years ago, the [commercial] rights to Formula 1 were sold. At that time we were not among the bidders, today we would think about it.”

But while international streaming platforms like Netflix and Amazon have been linked with global F1 deals because of their reach, the nature of broadcast contracts makes such a worldwide contract very difficult to realise.

“Amazon as a business, and it’s same with Apple, Netflix, they are worldwide, but they don't buy worldwide rights,” Homes told Autosport. “So they might have a series available in one country but not another.”