Mugello has emerged as a potential candidate for a 2021 Grand Prix date as Formula 1 bosses scramble to save the Turkish GP.

The Istanbul race remains in doubt after the UK government decided to keep Turkey on its COVID-19 red list when the latest updates were announced on Thursday, despite strong lobbying by the country’s government. The next review of the list is not expected until September 16.

Meanwhile Mugello is being considered as a possible replacement, despite F1 previously stating that there would be no European races after the planned run of flyaway events begins with the Russian GP on September 26.

The Italian venue, which successfully hosted its first F1 race last September, would be a popular choice with fans, teams and drivers. However, it would have to make sense commercially for all parties, and that could yet prove to be a stumbling block.

The significance of Turkey’s red zone classification is that anyone who has been in a country on the list in the previous 10 days has to undertake a compulsory 10-day quarantine in a UK government approved hotel, at a cost of £2250 per person.

F1 does not have an exemption for red zones and does not anticipate getting one, so the ruling would affect around a thousand travelling personnel from the seven UK-based teams, the F1 organisation, the FIA, Pirelli, Honda and the media.

The original plan was for the Japanese GP to provide a “buffer” between the Turkish race on October 3 and the return to the UK, with the 10-day ruling overcome by keeping people in Japan for a few extra days after the Suzuka race weekend.

After the recent cancellation of the Japanese race F1 remained hopeful that Turkey would come off the red zone list, thus removing any quarantine issues.

Mexico and Brazil are also on the UK red zone list, while COVID has become a serious issue in Austin, creating potential issues for all three venues.

Several countries are also on the Italian red list, creating problems for Ferrari, AlphaTauri and Pirelli, but it’s believed that there will be more flexibility in terms of exemptions. 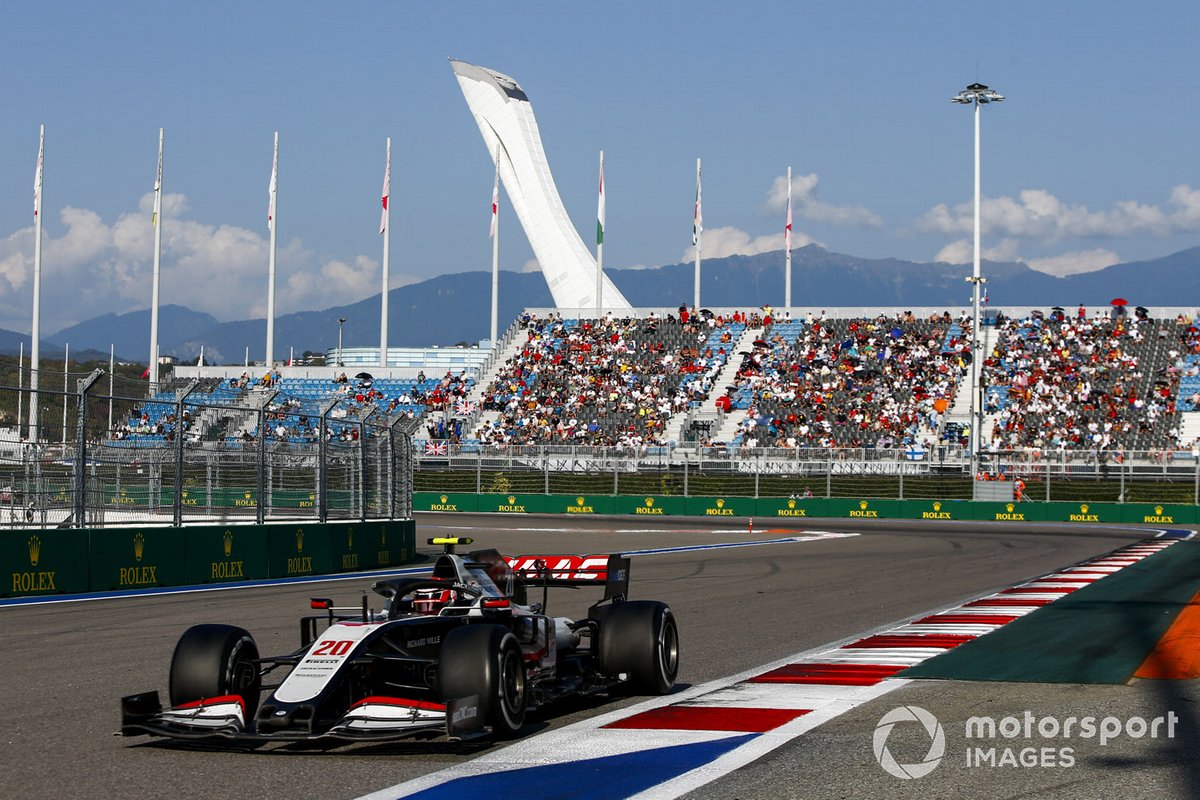 The calendar thus remains in a state of flux, but Autosport understands that one option is to run Russia as a stand alone race, while moving Turkey by a week to October 10.

That would allow teams to plan a simple trip to and from Sochi while buying extra time after the next UK red zone review on September 16. If Turkey comes off the list at that point in theory there would still be time to run Turkey without quarantine issues.

It it doesn’t then an alternative option is for UK-based personnel to avoid the quarantine by travelling from Turkey to the USA, where they would have a weekend off before the US GP on October 24.

The Mexican and Brazilian GPs would be moved back by a week, creating a gap of a free weekend to allow personnel to travel home after the Turkey/USA trip.

Because Mexico and Brazil are still red zones and could remain so a UK quarantine buffer would then be created by adding a race in Qatar after Interlagos, making for an unusual triple header. A second event in Bahrain is an alternative should plans for Qatar fall through.

If Turkey cannot take place, F1 is considering Mugello as a standalone European event on the October 10 date currently earmarked for it. It would be too early to run a brand new event in Qatar, which is why the Doha race is slated for November.

All of these options remain provisional, and are still being discussed with race organisers and other interested parties. F1 CEO Stefano Domenicali is expected to discuss plans with team principals in his regular Saturday meeting at Spa on Saturday.

Teams face huge logistical issues as they plan the second half of the season. All of them send items such as garage equipment by sea, and the containers destined for Japan left several weeks ago, with several teams reporting that are currently on hold in Singapore.

Pirelli also sent its Suzuka tyres by sea, and the company is awaiting news before diverting them to an alternative venue.

Sea and air freight costs have risen massively due to the pandemic, and it is now much harder to change plans at late stage.